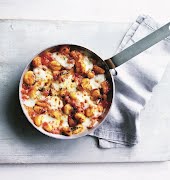 Blac Chyna was granted a temporary restraining order against Rob Kardashian for posting intimate issues without her consent. Chyna and her legal team thanked the judges saying that it was a victory for women everywhere.

Blac Chyna said she wanted to thank the judge and that she wants to get back to co-parenting Dream pic.twitter.com/t3ELyIivI5

Due to horrific pollution, the Holy Ganges River might not be around for much longer…

Demi Lovato surprised us all with a major comeback CHOON

Think you’re having a bad morning? This teenager from Colorado woke up to a bear chomping on his head #Headache

“I thought it was a dream at first.” A teenage camp staffer woke up to find a black bear gnawing on his head. https://www.foxnews.com/us/teen-bitten-in-head-by-black-bear-says-he-woke-up-to-a-crunching-sound

Using lettuce as a burger bun is a thing now, but we’re having none of it…

Chelsea Clinton, Daughter of Hilary Clinton, ?fires back at President Trump after his comments suggesting that Ivanka stepping in for him at the G20 summit would have been covered differently if Chelsea had similarly stepped in for her mother.

If Chelsea Clinton were asked to hold the seat for her mother,as her mother gave our country away, the Fake News would say CHELSEA FOR PRES!

Good morning Mr. President. It would never have occurred to my mother or my father to ask me. Were you giving our country away? Hoping not. https://twitter.com/realdonaldtrump/status/884378624660582405

THIS IS ALMOST AS BAD AS WHEN I FOUND OUT YOU DON’T ALL HAVE KETTLES, WHAT THE ACTUAL FUCK

WHERE THE HELL DO YOU PUT YOUR EGGS

Love Island’s Camile got herself a lovely birthday surprise from Jamie. If only we could all have our breakfast spelt out by a Calvin Klein model.

Happy birthday Camilla! Jamie’s outdone himself, this is the cutest bday breakfast ever #LoveIsland pic.twitter.com/ZUEvF66u9c

Yesterday, The Herald accidentally printed a photo of a well-known hip hop artist instead of a Manchester United football player and the mortification continues to unfold online. Stormzy wasn’t impressed…

I don’t find none of this funny btw ??’don’t wanna sound like the party pooper who missed the joke…