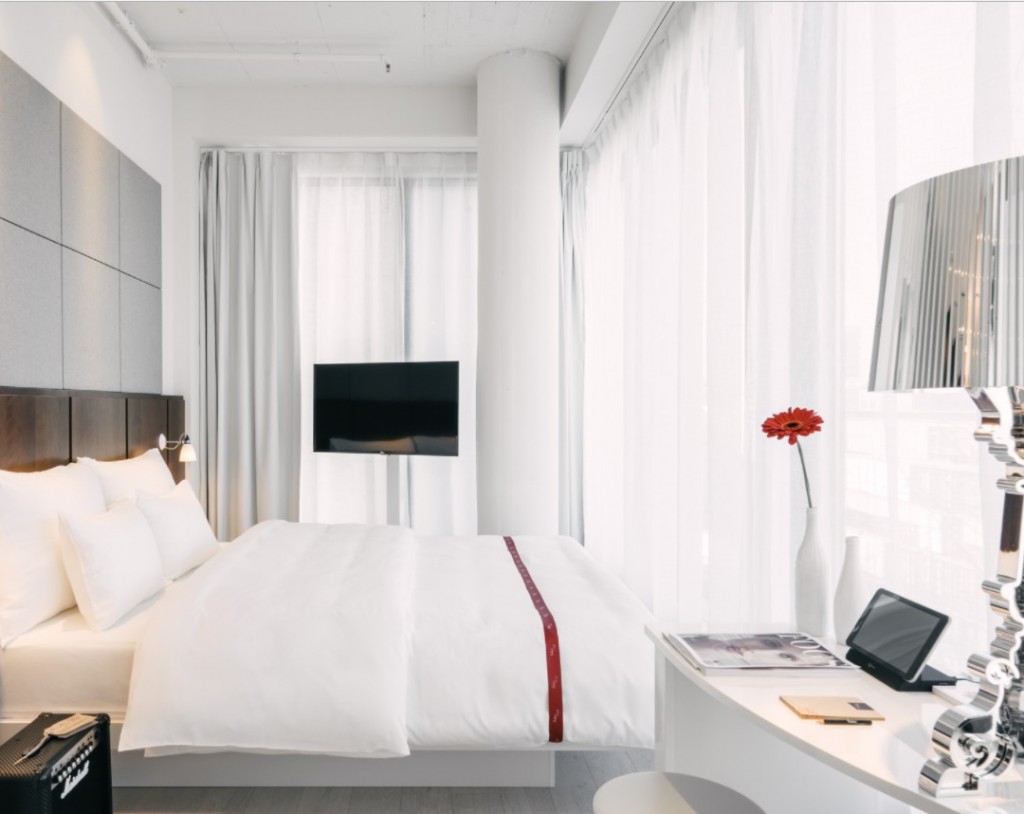 The concept of ?lean luxury? doesn’t sound very sexy, but throw in some sleek, streamlined interiors, oversized beds, super-fast Wi-Fi, in-room tablets and Marshall amps, and you’ve got yourselves a serious hotel crush.

Following in the success of the Ruby hotels in Vienna (RUBY SOFIE, RUBY MARIE and, opening next month, RUBY LISSI), the RUBY LILLY marks the hip German brand’s first foray into Munich. Like its Viennese counterparts, it prides itself on fuss-free, ergonomic interiors, where comfort is standard and nothing is superfluous – for instance, why bother having a restaurant and minibars when your properties are slap-bang in the heart of a metropolis? Rooms are cloud-white but with luxe details (oak floors, cherry wood panelling, open plan glass shower cubes – saucy), and there’s a Galley on each floor that has a vending machine of provisions, from snacks to brollies to toothpaste, as well as an ironing station and help-yourself tea and coffee.

Check in and out is via touchscreens at the 24-hour bar, instead of a front desk, and there’s free bike and guitar (!) rental. The breakfast buffet is wholesome and, where possible, organic and regionally sourced, while the mezzanine library is a super spot in which to hunker down with one of their magazines or books.

If you can bear to tear yourself away from such understated snazz, venture out on to the buzzy streets of Maxvorstadt, aka the ?Brain of Munich? for its high concentration of artistic and academic institutions – and consequential lively social scene. Ruby Lilly may be lean but it satisfies both inside and out. Double rooms from €99. (Dachauer Str. 37, +49 89 954 570 820; ruby-hotels.com) 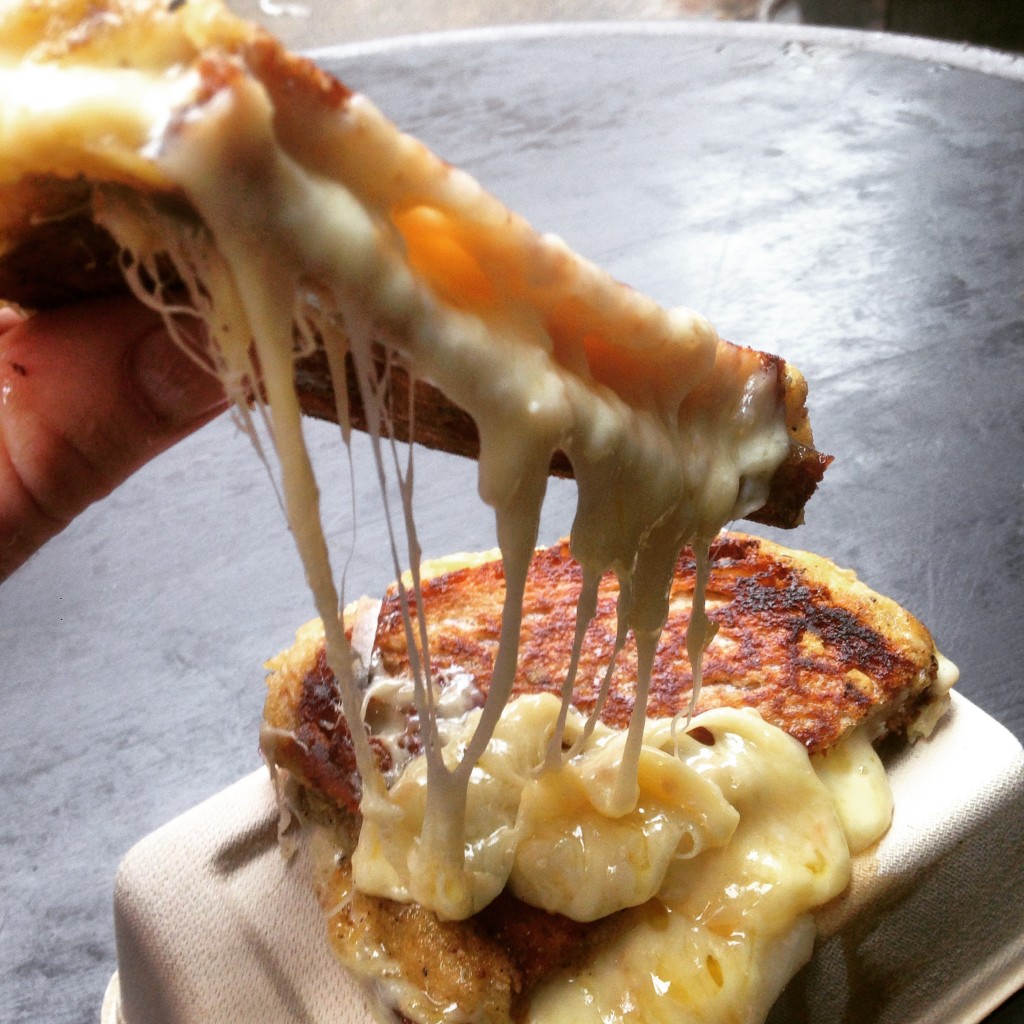 Pity those that are intolerant of lactose, for Matthew Carver’s bovine-loving enterprise is moo-ving up in the world (sorry). Once upon a time, The Cheese Truck was a converted 1970s ice cream van, feeding the masses with toasted sandwiches at festivals and events, including as far afield as Singapore and Dubai. Fast-forward four years and the humble truck is expanding into permanent restaurant status in a new premises at Camden Stables Market on March 23, where it will wow punters with its unctuous, oozing snacks – among them Breakfast Poutine and Queso Fundido – washed down with the choice of 20 different craft beers.

And to help whet Londoners? appetites in the interim, Carver has a takeaway hatch at said market until March 22, serving the likes of Cropwell Bishop Stilton and Bacon and Pear Chutney sambos, and deeply-dippy Mozzarella Shakshuka.

Produce leans towards the urban, with dairies and cheesemongers working within the M25, such as Peckham’s Gringa Dairy and Kupros, north of Enfield, whose 100 per cent English sheep’s milk halloumi is a squeaky blinder. On Twitter, follow @cheesetruckldn. 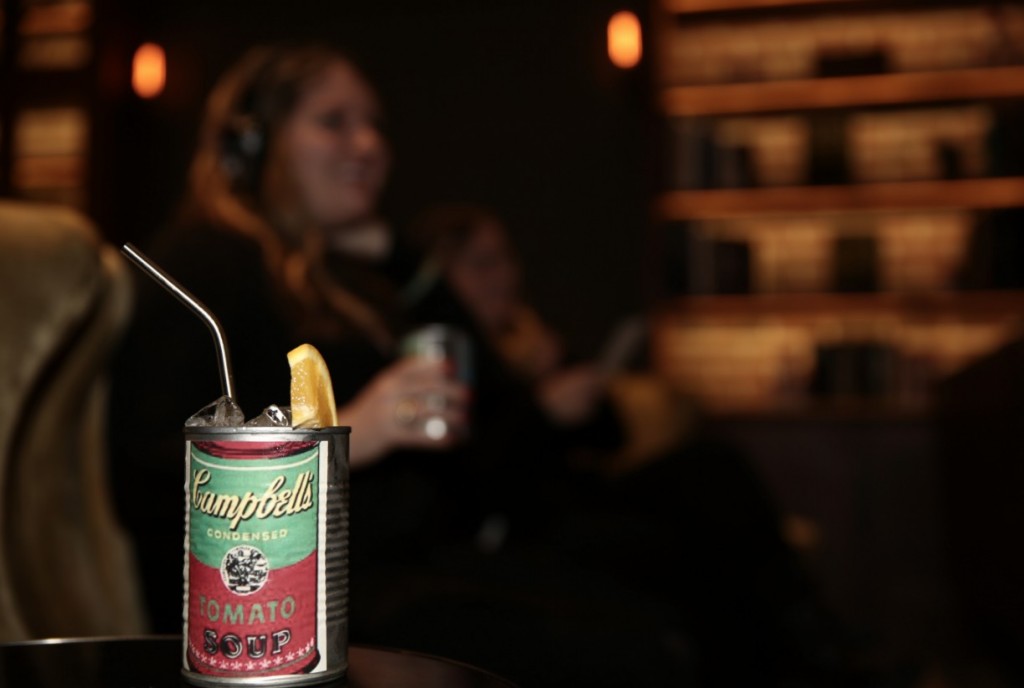 Does the sound of rustling Malteser bags, rattling buckets of popcorn and even the odd phone ringing at the cinema get your heckles up? If that’s a yes and you’re in the Big Apple this summer, head to Silent Cinema at the NYLO New York City hotel, where each guest is given a pair of wireless Sound Off headphones for peaceful cinephilia.

Once a month until August, the hotel’s Library will be transformed into a plush screening room, with a large-scale screen and big ass armchairs. Moreover, cocktails will be specially crafted to match each film – at its launch event last week, showing Andy Warhol’s Factory Girl, a gin concoction was served in Campbell Soup Cans. The jury’s still out, then, what’s in store at screenings of Girl with the Pearl Earring (April) and the eponymous Frida Kahlo biopic: Vermeer Coladas presented on paint palettes instead of trays, or petal infused Monobrow Mules? arthouse-at-nylo.com