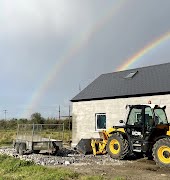 Too Stupid To Live

Nor is it when Christian mentions how his housemaid washes his sex toys the morning after use.

How about when his ex-lover, recent owner of a concealed weapons permit, breaks into his apartment and he defuses the situation by giving her a calming bath? Nope. Also, that must have been some pretty effective Radox.

No. None of the above. My blood stilled when halfway through the first book Anastasia, a recent graduate hoping to secure a career in publishing, receives a brand new Macbook from Christian. She has never owned a laptop before. After she manages to turn it on she finds that an email account is up and running on it. In a moment of chilling ignorance she asks herself, ?I have an email address??

In the romance novel fandom there exists this acronym, TSTL – too stupid to live. I can understand asking your lover to set Netflix up on the television. I’ll tolerate you asking your other half about anti-virus freeware. But there is a limit.

Last month I attended a talk on erotic fiction as part of the Bram Stoker Festival, ?The Pleasures of Dracula?, wherein a panel composed of journalist Martina Devlin, English literature lecturer Dr. Jarlath Kileen, the crime writer Jane Casey, and Caroline McCall (one half of the erotica writing duo Evie Hunter) discussed the legacy of Dracula’s sexual desire and its effect on modern fiction. Fifty Shades dominated. Dr. Kileen remarked that in all his days he had never come across an English Literature student like Anastasia. God bless her, a young woman so cut off from her mind and desire after three to four years of analysing the Western canon. He spoke about the problems with these kind of books, and how with Christian Grey, he basically tells Anastasia that as a result of their relationship ?you don’t ever need to make a decision again.?

While Caroline McCall tried to steer us towards novels where the women play more assertive roles, Dr. Kileen pointed out that they’re not the ones selling 70 MILLION copies, that Anastasia and Christian’s complete lack of a power play are obviously tapping into something. Dr. Kileen went on to say that ?in a world of choice anxiety arises? and these novels are a response to this apparently confusing new world. The female protagonists are choosing lack of choice and men who employ chauffeurs over independence. I was reminded of a line from Margaret Atwood’s The Handmaid’s Tale, a book as far from the Easons shelf of polite erotica as you can get, ?There is more than one kind of freedom…Freedom to and freedom from.?

Martina Devlin then asked do we have a tendency to glamourize these men, the Draculas, the tortured business magnates? Jane Casey wondered would the books had been as popular if Christian was a bricklayer rather than a billionaire. I think we all know the answer to that one. These catalogues of robotic kink are delivering a worrying message – lie back, do as you’re told, enjoy the penthouse view.

I don’t know about you but I’m waiting for the female protagonist who, when the billionaire who has been stalking her asks her to sign a sex contract, laughs in his face for even suggesting such a document is potentially legally binding. And then sets up a nice anonymous gmail account, without his help, and forwards the offending attachment to his companies? shareholders and various journalists. And after that she goes and has fun with her new bricklayer friend.