This Dalkey home, with sea access and incredible views, is on sale for €4.85 million

If you’ve always dreamed of uninterrupted sea views from your home, this Dalkey home might just fit the bill.

With a name like Bartra Cove, this house immediately suggests a hidden gem, tucked away by the sea. Situated off Harbour Road in Dalkey, in a very private setting, it enjoys spectacular sea views, and features a mature garden than leads down to the sea itself.

The house, built in 1998, makes the most of its enviable location, frequently turning your attention to the blue expanse outside, while feeling bright and spacious throughout. Features such as skylights, large picture windows and limestone floors ensure the house is filled with light.

It has a number of beautiful interior features, such as glass interior doors, granite kitchen worktops, and two intricate antique fireplaces that set this home apart when it comes to finishes. It is also well maintained throughout, meaning its new owners can move in straight away. 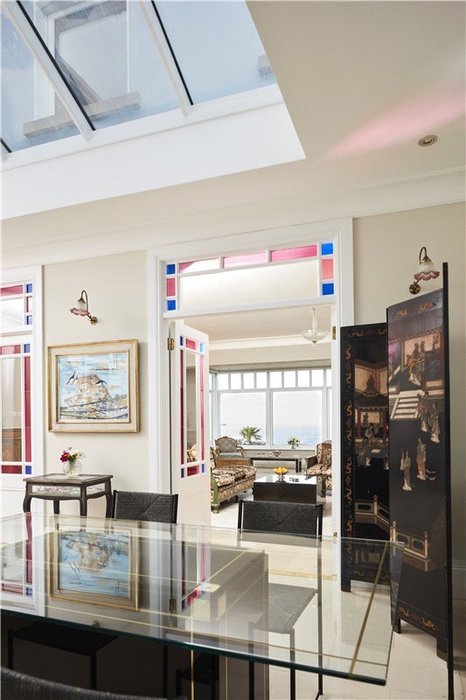 With five bedrooms and five bathrooms, two of which have private balconies with sea views, it would make an excellent family home. It also has a lift for access to the upper floors, so would also be suitable for those living with older family members, while the stone staircase makes a beautiful feature in the entrance way.

The garden has a patio area that looks out across the water, and has a total of half an acre of mature, well-tended garden space that leads down to the sea, providing direct access to the water. Plants including large shrubs, roses that border the lawn, and grasses that line the path to the sea all show the thought that has been put into the garden, while a gazebo set in natural sea grasses above the rocks is a truly special place to sit at the end of a long day.

Just five minutes walk from Dalkey village and its Dart station, this home is in a much sought-after area, with its many restaurants, cafes, shops and galleries, not to mention the proximity to the sea. All this means that Bartra Cove does not come cheap, but if you’re in the market for a high-end house, this is certainly a great choice.

Read more: Inside a tiny Limerick cottage transformed by its architect owner

Read more: This three-bed semi-d in Sandymount with a beautiful garden is for sale for €1 million

Read more: These modular backyard builds can give you some much needed extra space

This modern Dalkey home with sea views is on the market for €2.25 million

Inside Kate Winslet’s Chelsea apartment that she just sold for over €4.7 million