Sinead Kane is on a mammoth mission of a lifetime to be the first blind person to complete 7 marathons, on 7 different continents, in 7 days. What have you done today?

The majority of people find running to be a challenge, but imagine the added difficulty of being blind too. This is the reality for runner enthusiast Sinead Kane.

Except Sinead is no ordinary blind person. Guided by her running partner John O’Regan, Kane is currently on the second leg of the World Marathon Challenge – a gruelling physical and mental challenge to run?182 miles across one week – and hopes to be the first visually impaired person to complete the week-long journey. 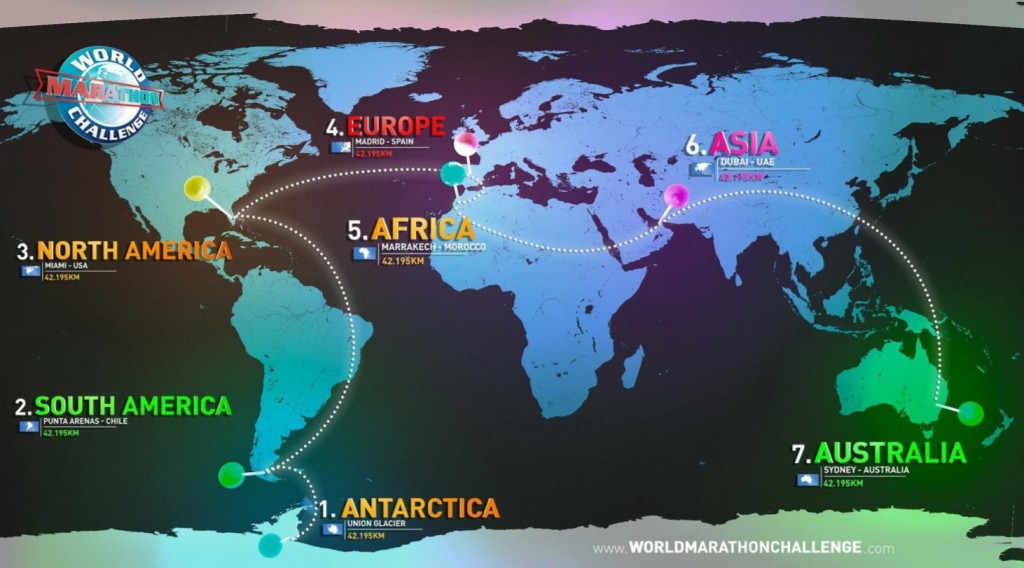 The designed route for the 2017 world Marathon Challenge

The DCU PhD Researcher began her journey this morning at 8 am Irish time at the starting point in Antarctica with 22 other competitors. After the first leg today, the runners will be jetting up north to Chile, continue to Miami then Madrid, Marrakech and Dubai, and finally stopping in Sydney before returning home.

Finish line of leg 1 in the #worldmarathonchallenge at Union Glacier #Antarctica#blindrunner777pic.twitter.com/p2UE2MNOSm

It’s’still unclear as to Kanes position in the race thus far, but she has been receiving a mass wave of support from here in Ireland.

Apart from the fatigue, physical exhaustion, jet lag, and isolation, the runners also have to deal with dramatically changing temperatures. Speaking to The Irish Times this week, the pro runner spoke about the challanges she is expecting to face and expresses her concern about her first big hurdle in Antartica.

“I’m very fearful about Antarctica,” she says. “I have five per cent vision.?A lot of people think about blindness as darkness. I suffer from too much light and too much glare. Everything to me looks like white snow blindness”.

Sinead was born visually impaired and began running at 30 as a hobby.