Daisy Goodwin’s latest novel details the based-on-real-life love affair between one of Victorian England’s most accomplished equestrian stars and a celebrity royal.

Captain Bay Middleton is the equerry in question – that’s the person responsible for the royal’s horses. Not a particularly wealthy man, he is a popular and a renowned athlete. When Sisi, the Empress of Austria, arrives in England to hunt foxes without her stultifying husband, Bay is appointed her pilot – that’s a guide in the hunt for us terra firma plebs. They immediately click while our second heroine, heiress Charlotte Baird, watches from the sidelines as the man she is starting to fall in love with engages in a high profile relationship with a creature she can’t hope to match. Charlotte also finds time to explore a then unusual hobby, photography, while multi-tasking her heartbreak and high society. 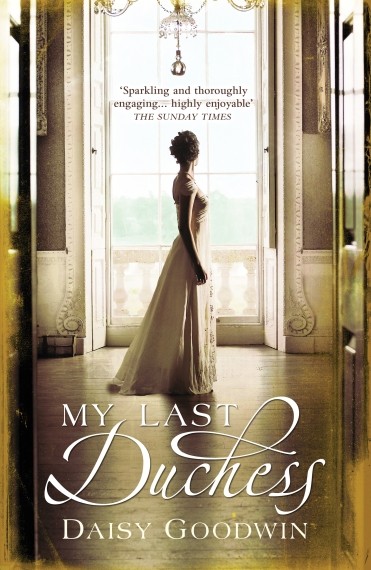 Goodwin is a television producer and a popular poetry anthologist. Her recent segue in recent years into a fully-fledged novelist has been pretty much seamless. We were fans of Goodwin’s?The Last Duchess, which explored the late nineteenth century trend of American heiresses shopping for English titled men – think?Downton Abbey-esque but with a beating pulse – and feel that she is fast-becoming one of out must-buys for when we need that upper-class British time-travelling holiday. The historical research is always interesting and doesn’t weigh down the plot. Also her characters sympathetic, especially Sisi whose?Wikipedia is really a treasure trove of somewhat incredible behavior.?Princess Di has got nothing on the Austrian Empress. Charlotte’s ability to hold onto herself amid the push-and-pull of society and the pressure of the marriage market marked her out as the girl the hero ought to see clearer sooner, but Middleton’s following his immediate desires marked him out as a realistic guy you understand, and like. We do like the sight of a normal romantic hero after the past few seasons of?unbearable hipsters and tortured millionaires with private jets and sordid desires.

The Fortune Hunter is available to buy?here.