The tastiest travel destinations for vegans

Generally, vegan food can be found absolutely everywhere. But, when it comes to dining out, some places in the world are easier than others for plant-based travellers. Sascha Camilli offers a few tried and tested suggestions…

Sydney
Sydney offers a variety of options for the hungry vegan. Try authentic Italian pizza at Gigi’s, indulge in burgers at Soul Burger, or an ice cream at Gelato Blue. Sydney’s first vegan pub, The Green Lion, is definitely on my must-try list.

Taipei
Taipei won the top spot on PETA Asia’s 2017 list of the world’s most vegan-friendly cities for gems such as Ooh Cha Cha, where you can find vegan versions of meaty burgers; Loving Hut, which offers everything from kimchi to cupcakes; and Soul R. Vegan Cafe?, where plant-based gourmets can enjoy vegan steaks and faux prawns.

Melbourne
Melbourne has almost 100 vegan-friendly restaurants, according to HappyCow. Try Smith & Deli for a vegan poached egg, enjoy a vegan pizza at Red Sparrow Pizza or tacos at Trippy Taco. Are you a health-food fan? Go wild with the deluxe smoothie selection at Matcha Mylkbar. If you’re a huge fan of desserts, then Girls & Boys will be your new favourite: this takeaway spot offers fudge bars, cakes and ice cream. Bonus: it’s right next to Vegie Bar, another plant-based hotspot.

London
London is a mecca for vegan culinary exploration that never ends. During my four years of living in the English capital, I had the chance to sample so many indulgences – and there are
so many left to try. Among the top contenders for best vegan eatery are comfort food spot Manna, gourmet burger paradise Mildreds and innovative health-food haven Vantra. If in the King’s Cross area, stop by the all-vegan shop Vx for takeaway, vegan snacks and cakes.

Brighton
Brighton is my current hometown and it’s the most vegan-friendly place I’ve ever been. It’s not a huge city, so you can walk everywhere and can thus fit more eats into a single day – but it takes more than an entire holiday to explore all the plant-based delicacies this city has to offer. The UK’s first 100 per cent vegan pizzeria, Purezza, is just by the seafront, whereas the quirky shopping neighbourhood The Lanes offers vegan junk food at Wai Kika Moo Kau, huge platefuls for £7 at Iydea, and vegan ice cream in unexpected flavours at Boho Gelato. For finer dining, head to Food for Friends or Terre a? Terre – both vegetarian, but with lots of vegan options.

New York
New York has been considered one of the most vegan-friendly cities on the planet for a long time, and if you hear about a new vegan shop, restaurant or fashion label popping up, you can bet that nine times out of ten, it will be here. Pioneering vegan brand VAUTE has their boutique here, and the city is a haven for delicious plant-based food, from the Impossible Burger (which looks and tastes exactly like meat) to mouth-watering doughnuts at Dun-Well.

Paris
Paris has recently upped the stakes in its plant-based offerings. Visit the refined eatery Gentle Gourmet for creative dishes crafted from fresh and zesty ingredients, or try raw vegan dining at 42 Degre?s. Relish the feeling of being able to eat everything on the menu at 100 per cent vegan Cafe? Ginger, then finish off with dessert at Patisserie V.

Amsterdam
Amsterdam was chosen as the most vegan-friendly city in Europe by holiday lettings company Holidu in 2017. See just how creative plant-based dining can be at the Meatless District restaurant, sample eclectic international cuisine from all corners of the world at Jackson Dubois and finish off with dessert at Koffie ende Koeck, an all-vegan café serving baked goods that will seriously tempt your taste buds.

Milan
Milan was not vegan-friendly at all when I lived there – but in the last few years, veggie food offerings have really blossomed in this northern Italian city. Grab a burger at one of Universo Vegano’s locations, explore innovative vegetarian cuisine at Joia, or have the best tiramisu of your life at Alhambra Cafe?. 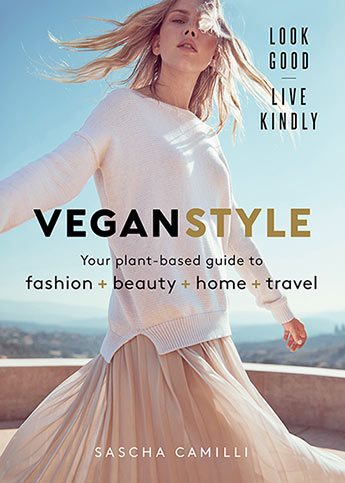