Stop What You’re Doing. Beyonce Has A Book Recommendation For You

Hold the phone, stop the press, put down your soya latte; Beyonce has given an interview which, if you follow her to the same obsessive, borderline stalker extent that we do, you’ll know is super rare. Who knew she spoke to people outside of her intimate circle? What’s even more exciting than hearing her thoughts on all things motherhood, Queen Bey was also generous enough to share the one book she hopes all young women will read.

The undisputed creative leader tells Garage Magazine: “I would love for my younger fans to read What Will It Take to Make a Woman President? by Marianne Schnall. It’s a collection of interviews and essays by great women, including Maya Angelou, Gloria Steinem, and Melissa Etheridge. They will inspire you to become a better leader.”

And just like that, the book no doubt sells out around the world.

Proud momma to Blue Ivy, Beyonce also took the time to share some of the wisdom she’s learned on her journey so far: “Over time, I have learned to focus on the things I want to focus on in the time frame that I set,” she said. “I no longer have to work based on someone else’s expectations of pressure. I put enough pressure on myself! I love being 100 percent involved with all my projects and now I’m fortunate enough to do that.” 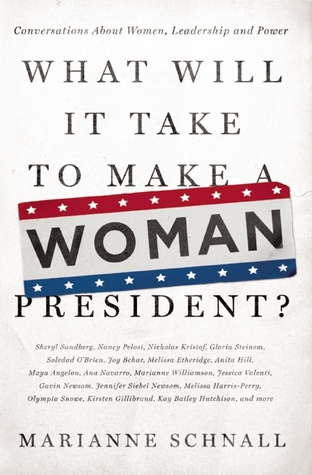 Add to that her comments about the ways in which her own mother has inspired her to be the best role model she can be for young Blue, Bey says: “Everything I know about being a mother comes from the examples she has shown”, touting her mother Tina Knowles as her ‘biggest hero’.

Unfortunately we’ve no more than that to share with you; you’ll have to download the Garage app to get the full interview, but you’ve just been given a book recommendation from Beyonce, why are you still reading this piece? GO! Find it! Read it! Then take over the world.