‘I still cry for him and for the life we planned together. It was all taken away’ 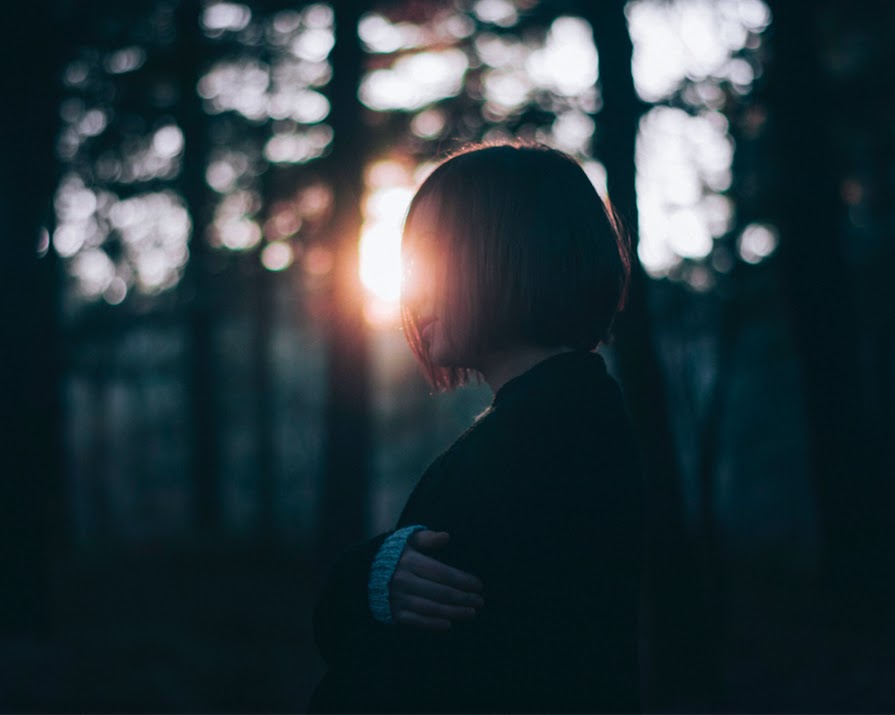 Mandy Walsh is one of the country’s best-known travel consultants. She has explored far-flung corners of the world and has a string of accolades for her work including Best Newcomer, Best Travel Diary, Best Package Sales and this year she won Best Honeymoon provider.  But Mandy’s passion for travel is rooted in tragic circumstances, as she explains to Amanda Cassidy.

“One day you are 26 years old with barely a care in the world, living in your first home together, engaged to the most amazing man, and extremely happy –  until one short phone call changes it all.” Mandy’s fiance, Brian was just 30-years-old when he suffered a massive subarachnoid brain haemorrhage while at work as a prison officer in Dublin. He sadly passed away 7 weeks later. Mandy says it utterly floored her.  “Brian and I had met when I was just 15. He was fit and strong, ate pretty healthily and enjoyed the few pints like any 30-year-old. He played rugby for Millmount Rugby Club. He had gone to our local GP just two weeks previous to that day complaining of mild headaches. He was told to take a couple of weeks off work, that he was possibly suffering from stress. Brian worked as a Prison Officer in Mountjoy Prison so understandably it’s a job that had its moments.” After a week,  Brian decided to return to work. 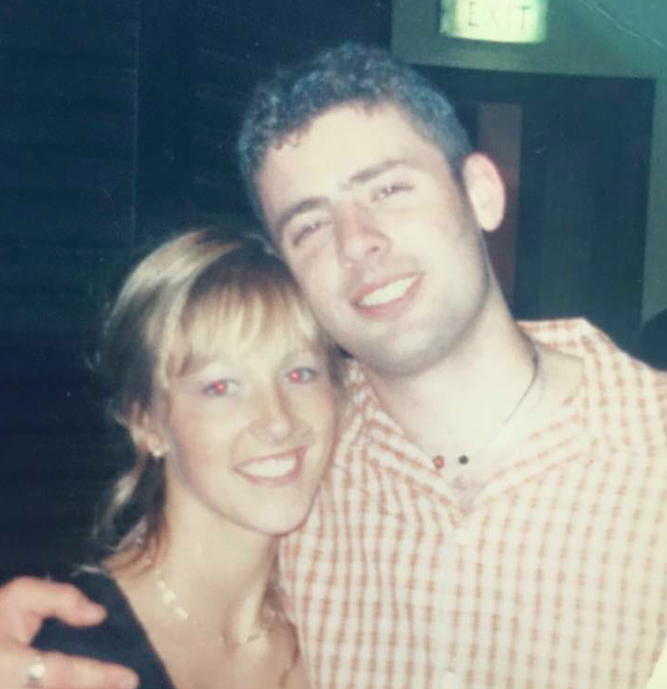 “That morning, before he left for work at 630am, he told me that he felt much better and it would go to the gym at lunchtime. I told him to see how the morning went and to take it easy. He called me during his morning break and told me he would call me on his tea break in the afternoon.”

The next call Mandy received was from one of Brian’s colleagues saying that there had been an accident and that she should get to the Mater hospital immediately. ” I didn’t know what had happened. As I drove from Dunshaughlin to the hospital, I remember as clear as day, the lights before Phibsboro turning red and I had to slam on the brakes so not to hit the car in front of me. Suddenly, out of nowhere, I knew it wasn’t an ‘accident’. I knew that Brian was gone – I just knew.”

When she reached the hospital, Mandy was told that Brian had suffered a brain haemorrhage and that he probably had between 24 and 48 hours to live. ” I remember turning to my Mam and telling her to tell them they were wrong. And they were wrong. Brian actually fought long and hard for over 7 weeks – a testament to the man he was. Some would say it was because he was as stubborn as a mule but to me, he had a huge heart and the biggest smile. The lads in the jail that day had done CPR on Brian and basically kept him breathing.” 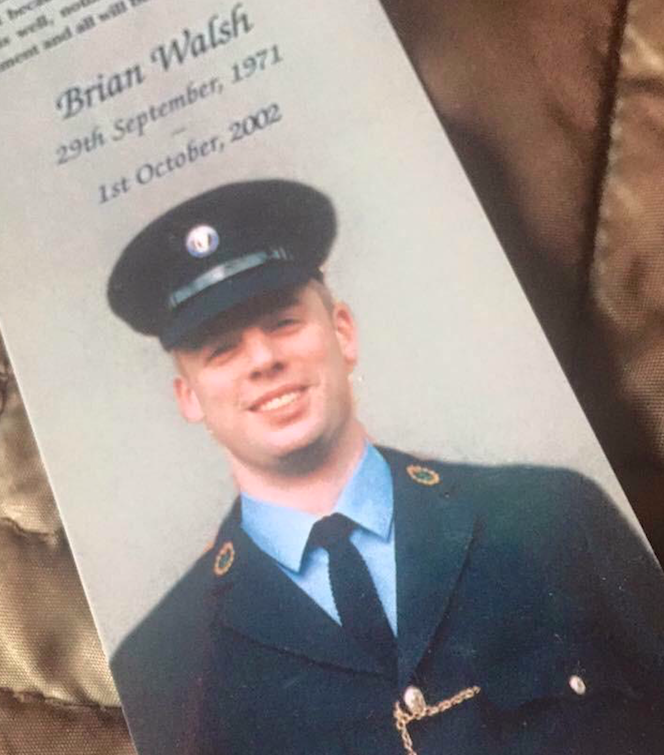 “I still want to make him proud”

Now, 16 years on, Mandy explains the impact that Brian’s death had on every part of her life. “I still love and miss Brian every single day.  I still cry for him and for the life we planned together. To think the aisle I planned to walk down on our wedding day was the same aisle where we had to say goodbye. I went on what should have been our honeymoon to Australia, alone.  I often ask myself how have I got this far but the truth has to be I am and always was a talker. I wear my heart on my sleeve. If it were not for my amazing family, friends and colleagues and Brian’s friends and colleagues that have always just been there and listened. It wasn’t easy and it’s not easy even now to think that I didn’t want to keep going.” Mandy believes her motivation for her career in travel was always to try and make Brian proud.

“During that time, I would cry in my car alone. It was my time where no one could judge me and I would turn on some music and let the tears flow. On my way to work and on my way home, I’d cry my eyes out. I’d also look at the artic trucks coming the other way in traffic and imagine swerving in front of one just to end the pain. But ultimately,  I love my family and friends too much to ever cause them more pain.”

“I also knew that Brian would want me to stay strong and make something of my life. Every day I try to make him proud.”

Mandy describes her choice of career as a safety net. ” I’ve always loved travel – ever since I first learnt to hand-write ferry tickets. It was, and is, my anchor, the only part of me that I felt I was left with that no one can take away. I have the most amazing colleagues and have travelled the world. It’s truly become my passion, especially over the last 10 years when I became self-employed. I am now a total of 25 years working in the travel trade. I am proud to say I have made a name for myself and I have won numerous awards and accolades over the years so I must be doing something right.” Mandy admits it is also a form of escapism that helped her cope with the losses in her life. “I always say ‘dream big’ and I thrive to be the best that I can possibly be. I hope that being open and honest that someone else suffering from grief can find comfort in the fact that there is light at the end of the tunnel. 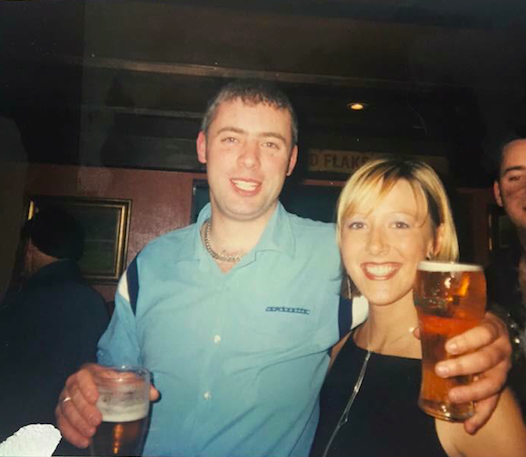 One thing I learned through all of this was not to think about next year or next month, but get yourself through the next hour, and then the hours become days. Once the days become weeks and then months – before you know it you will begin to find your smile again. For anyone else going through this kind of loss, be kind to yourself. That’s so important. And talk to anyone that will listen, because people do really care”.

He was my North, my South, my East and West,
My working week and my Sunday rest,
My noon, my midnight, my talk, my song;
I thought that love would last forever: I was wrong