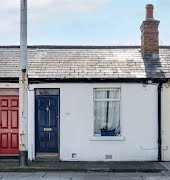 Kate Brennan from Bettystown in Co.Meath was crowned Irish Spectacle Wearer of the Year 2015 at an awards ceremony hosted by Specsavers last night.?The Irish final took place in the RHA Gallery on Ely Place and was presented by TV personality, style entrepreneur and spectacle wearer Darren Kennedy.

Earlier this year?10 finalists were selected from over a thousand entries to battle it out for the biggest accolade in the specs-wearing world and €1 from each entry was donated to Our Lady’s Children’s Hospital, Crumlin, raising a total of €1,250. Proud spectacle wearer Kate Brennan, aged 19 years old, has just completed the Leaving Certificate and will represent Ireland at a star-studded Grand Final hosted by Emma Bunton and Bradley Walsh in London on the 6th of October.