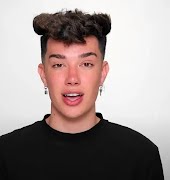 The Taste of Dublin festival is set to return for another year, flying the flag for the finest chefs and restaurants that bring energy to the city’s dining experiences. It is, in other words, foodie heaven. Taking place from Thursday, 16th to Sunday, 19th June, this four-day event will celebrate the vibrant and diverse Dublin culinary scene, as well as some of the Irish chefs who are making waves abroad with the festival’s special ‘homecoming’ theme this year.

Taste of Dublin has also announced an exciting partnership with The Open Gate Brewery, the home of experimentation and innovation at St James? Gate, who have created an exclusive Taste Brew for this year’s festival. Visitors will have the opportunity to sample the small batch brew alongside a number of other experimental and new world beers.

Attendees also will be able to create their own personalised experience menu with a choice of over 12 restaurants, each featuring three signature tasting plates, as well as sampling the best produce in the world from over 60 exhibitors.

Tickets for the 2016 Taste of Dublin (sponsored by Electrolux), from €15, are on sale now at www.tasteofdublin.ie.

See all the snaps from the launch in our gallery above.