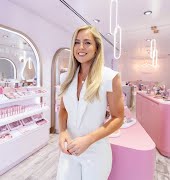 This Christmas, the Abbey Theatre is proud to present the world premiere of Tolstoy’s Anna Karenina in a new version by award-winning Irish playwright Marina Carr. Opening on 13 December 2016 and running until 28 January 2017, director Wayne Jordan (Oedipus, 16 Possible Glimpses, Twelfth Night, Alice in Funderland) reunites with Marina Carr to bring this explosive story to life.

Anna Karenina is an examination of a country in the midst of extraordinary change.? Through the impact of one woman’s decision, it looks at the troubling cost of love on the human soul.? Marina Carr, one of the finest playwrights of this generation, brings a new perspective toAnna Karenina in this version of an epic love story.

Graham McLaren and Neil Murray, Directors of the Abbey Theatre said ?It is our great pleasure to welcome Marina Carr and Wayne Jordan back to the Abbey Theatre, with this modern reworking of a much-loved classic.? Audiences can expect a fantastic, big production – funny, dark, romantic and sad – with an incredible cast bringing it to life.?

Playing ?Anna? and making her debut at the Abbey Theatre is lauded performer Lisa Dwan.? Lisa is best known for her stunning performances of Samuel Beckett’s work.? A host of talent are making their debut at the Abbey Theatre alongside Lisa including Rory Fleck Byrne (Vronsky), Julie Maguire (Kitty), Paul Mallon (Levin) and Margaret McAuliffe (Betsy).? Alexandra Conlon and Barry McKiernan are debuting as understudies and ensemble members and there are eight children sharing the four parts for children in the play.