Comment: ‘Why I refuse to give my 14-year-old a smartphone’ 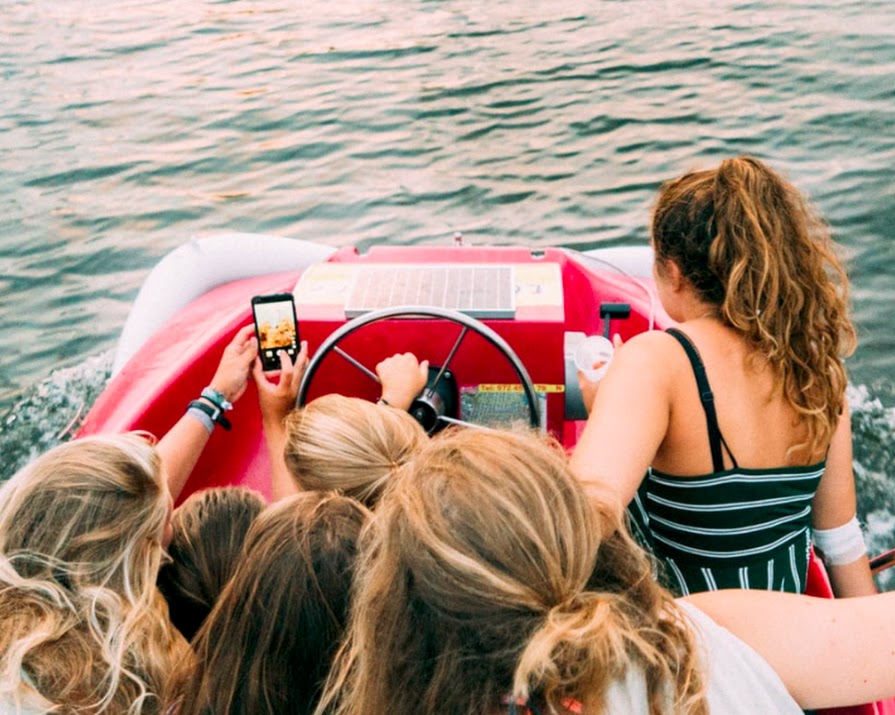 New research has shown that getting a mobile phone at a young age affects the well-being of girls in particular. So why are parents giving into peer pressure?

The average age a child in Ireland gets a phone is ten, according to a study released earlier this year. And despite the benefits; educational apps, knowing where your child is, having them contactable in an emergency, sometimes smartphones can cause more problems than they solve.

“I’ve never heard a single good reason why any 12-, 13- or 14-year-old needs a smartphone, other than “because everyone else has one,” wrote Irish Times journalist Jennifer O Connell last November.

Her no-nonsense approach to mobile phone usage among children was applauded. “There has been a lot of discussions lately about what parents should be doing to keep their children safe online,” she wrote in her opinion piece.

And she is right. Why are we allowing our children unfettered access to such potentially harmful content? It burns a hole in their pockets. They have enough access to the internet via family computers and school access to learn how to be responsible online citizens without having to hand them a phone.

Now research by the ESRI has found that girls who get a mobile phone earlier fare less well in terms of their behavioural adjustment and their academic self-concept — how they view their own academic achievements.

It comes after another research paper that found that children who own phones at the age of nine performed less well in tests — in both reading and maths — by the time they reach 13.

Prof McCoy, an associate research professor at the ESRI, said the research team used a scale to measure how the children felt about themselves in areas like physical appearance, anxiety, behaviour, happiness, and popularity, and used a questionnaire to measure areas like emotional symptoms, conduct, hyperactivity and peer relationships.

When it comes to girls in particular, what they are accessing online is less about video games and more about being ‘rated’ on social media, sites like TikTok, Instagram and Snapchat. It is often their first encounter of how they are perceived by others.

And the problem is that their youth means that they haven’t already formed or developed sufficiently their own sense of self. So the message about who they really are gets confused with messages about who they think they should be.

Child psychologist Dr. Coleman Noctor says that every child is different but doesn’t see the hurry to get them hooked up to the Internet.

“To earn the right to anything, you have to show responsibility. Age is arbitrary. Advertisers seem to grab onto the transitional stage of starting in a secondary school as the ideal age to give in to your child’s demands for a phone.

“My view is that it depends on the child.

“Some 12-year-olds are well capable of having the common sense needed to manage a phone. Some 17 year-olds still don’t have that same cop on.”

What about if all your child’s friends all have phones, surely you don’t want them to feel left out?

“If you are the unpopular parent, that might be an indication that you are right”

“It seems like the first parent in the class to crack creates pressure on all the others. Being under pressure from our own peers isn’t the best way to make such a big decision. After all, we’re teaching our children not to give into the same peer pressure.

Stick to your own guns and make your own decision based on your child. If you are the unpopular parent, that might be an indication that you are right.”

Louise’s daughter is 14 and is the only one of her friends not to have a smartphone. “She tells me I’m the meanest mom in the universe but I think she is actually relieved when she gets home and can switch off. She has a Nokia blokia — the term used for the more old-fashioned versions of phones without the internet.

“Her friends will text her the arrangements if they are meeting up. I’m sure she does feel left out but that’s a small price to pay for her emotional well-being and ability to participate in family life. I know she will get a phone at some stage but I cannot justify it while she is still so young.”

Louise says she isn’t against the internet, she just doesn’t want her child to have access to it constantly. “There is no reason for her to have one.”

Inadvertently we are victims of the advertisers, those who make us believe we should buy something or we are missing out. It’s marketing 101.

Read more: Children are less resilliant and it is all down to our parenting style