As a recently-single singleton, you might wonder why on earth Geraldine Carton would book herself in for a long weekend in Paris – the most loved-up capital city of the world?

I am fully aware of the cliches associated with this city; the canoodling couples and hand-in-hand newlyweds that lurk behind every bistro menu, the sound of smooching lips and sweet nothings being whispered into blushing ears that accompany every meal and river-side stroll…

And yet, I clicked confirm on the SkyScanner website. Then on Airbnb. And off I went. To a city full of people just dying to rub their love-filled relationships in my face.

I had wanted to go on a solo weekend away for a while, it’s what I tend to do when in need of a pick-me-up. For me, there’s no activity more effective in lifting my spirits than doing something that seems somewhat daunting or scary, and setting out for a post-breakup, solo trip to the world’s romance capital definitely felt daunting.

Having been to Paris several times before and with memories of how it filled my heart with happiness upon each visit, I figured it was exactly what my slightly-battered, heart needed. 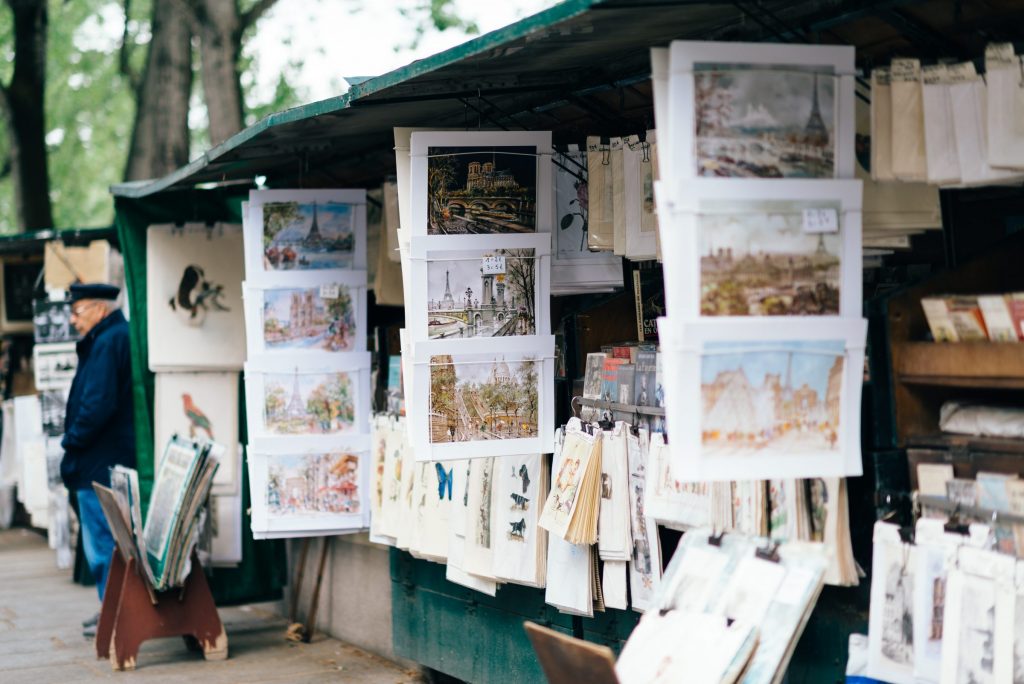 Love is a huge part of this city, there’s no doubt about that. However, fellow singletons should not be put off by that fact, as it’s worth noting how Parisiens extend their expression of love to all areas: romantic love; familial love; culinary love and, yes, self-love.

For Parisians, self-love is a natural facet of life, where the emphasis is on taking time; taking time to enjoy an hour-long lunch in the sun, or a browse in a calligraphy shop, a stroll around a nearby gallery, or stopping in your tracks to listen to a streetside busker playing a version of Edith Piaf’s La Vie en Rose. It also doesn’t revolve around kale salads and juice cleanses (if anything, it’s quite the opposite of that); another reason why I found it so appealing.

In Paris, people take care of themselves. They enjoy their food and feel no guilt about doing so. You’ll never hear a Parisien lamenting how “bold” they were for indulging in a morning pain au chocolat, nor will you hear them preaching “No carbs before Marbs!” before their upcoming holiday. The belief here is that life is there to be lived and loved – croissants for breakfast and plates of steaming moules frites (mussels and chips) for dinner, offset by a culture of frequent enjoyment-based activity – is how they prefer to go.

This is a city where the policemen are whizzing around on Rollerblades, the children are rocking vintage Chanel backpacks, and old women are treating themselves to sharing-sized meat platters and glasses of wine at 11am. Anything goes in this place, and that’s the beauty of it. Paris presents the perfect surroundings to channel your own inner quirks with all the enthusiasm of old Marie and Laurel as they tuck into their saucisson. 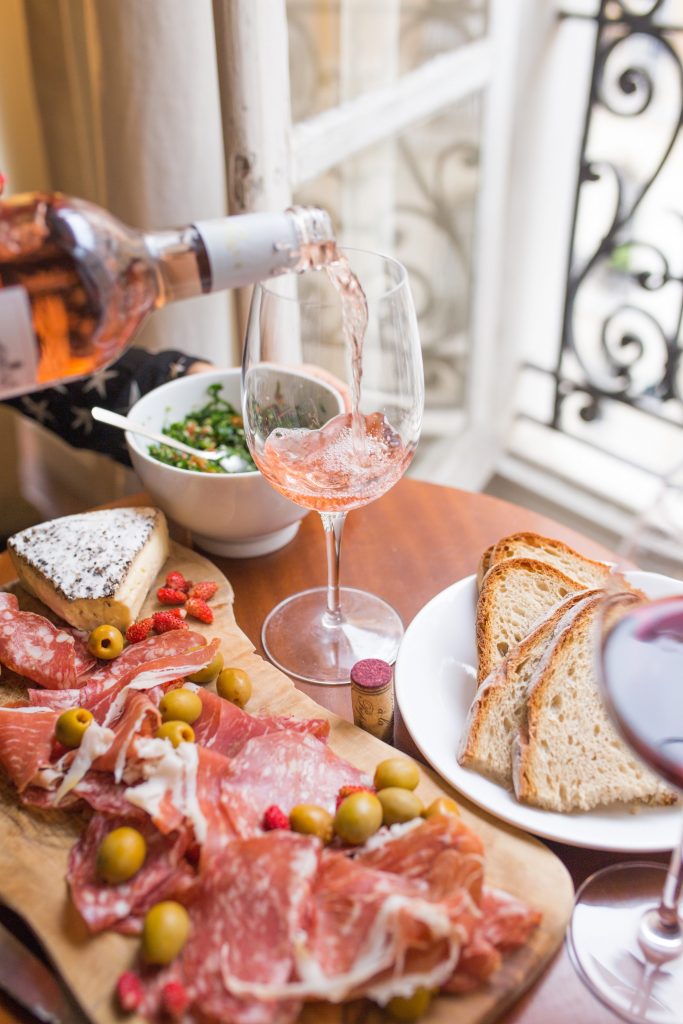 You won’t find a place on earth in which your alone status is more pronounced than in Paris; being wedged between couples constantly puckering-up can certainly make you feel a bit self-conscious at times. The reality, however, is that here no one actually cares about anything you do. At one point I tripped and fell on a slippery metal slab on the ground, and not one of the three people who passed by stopped to even ask if I was ok. I remember the feeling of lying sprawled on the ground, having been blasted into the reality of my own insignificance in the eyes of the people around me… And frankly, it was exhilarating.

It was this indifference gave me the freedom to do whatever I wanted for the next few days; the judgement of strangers or passersby suddenly did not concern me because I had come to realise that they simply did not care. And so I spent the rest of the weekend in Paris doing exactly what I wanted, and by god, it was great.

I scoffed more bread, ice creams and pastries than I ever thought possible; I sipped Aperol Spritzes with my breakfast; joined impromptu rock concerts along the Seine; stood on bridges and waited until a tour boat would pass so I could wave wildly at the tourists; haggled in terrible french with local market vendors… And all without a care in the world. In fact, while I started the weekend by telling people that I was “visiting a friend who I’m meeting tomorrow”, by then end I was practically walking around with the words “I AM ALONE AND PERFECTLY OK ABOUT IT” printed on my forehead.

It’s worth mentioning that Paris can also provide a significant confidence-boost if you let it. The constant stream of flirtation and compliments that encompass a large chunk of the language means it’s the one place that you’re bound to get chatted up, no matter how haggard and dishevelled your post-breakup look may be. 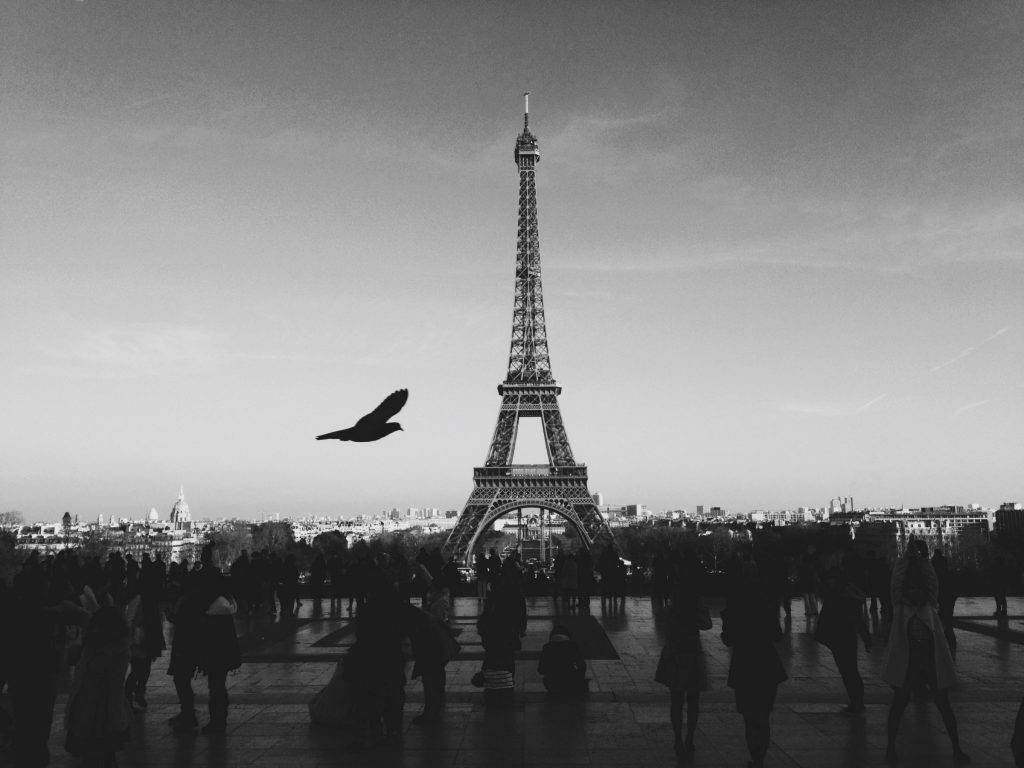 All things considered, Paris gave me the freedom I needed to embrace my every whim and the confidence to do so with unrestricted delight. In fact, spending a weekend there by myself was the best post-breakup therapy I could have hoped for.

A city that’s as much about self-love as it is about romance, by embracing the atmosphere and joie de vivre of the locals, you’ll be sure to come back a more enlightened, authentic and care-free version of your former self. And if your ex isn’t dying to win you back upon your return, then he’s a total and utter fool.