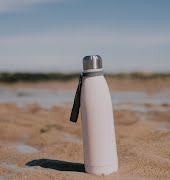 How unruly women expose the rules that restrict us all

Sinead O’Connor ripping up a photo of the Pope was an example of a woman being harshly punished for breaking the rules. But what unruly women do is expose the limits being placed on all women – so that we can start breaking these limits down

On October 3 1992, Sinéad O’Connor was on the hallowed performance stage of Saturday Night Live in New York city. She was performing an acapella version of Bob Marley’s War; a song about racism and inequality. But O’Connor changed some of the lyrics, referring to the victims of child abuse, rather than racism.

As her rendition came to a close, she gazed defiantly down at the camera lens and the millions of viewers watching and sang “We have confidence in good over evil” — and she held up a photo. In rehearsal, this had been a photo of an orphaned, refugee child. But live on television, she held up a photo of then-Pope John Paul II — and tore it up, tossing the pieces at the camera. “Fight the real enemy!”

At this point in her career, Sinéad O’Connor was one of the world’s most celebrated female singers. Her still-iconic rendition of Prince’s Nothing Compares 2 U had become a worldwide hit in 1990, and would remain one of the top 100 best-selling singles of that decade. Her 1990 album, I Do Not Want What I Haven’t Got, was nominated for four Grammy Awards.

O’Connor had courted some controversy, refusing to accept the Grammy nominations and stating she would not perform in America if the US national anthem was played before her concerts. But the effect of these statements had mainly threated O’Connor’s own platform, so while they received some criticism, her popularity persevered. She was pushing the limits – but thusfar, the limits still contained her.

When O’Connor was invited to appear on SNL, her planned act of holding up a photo of a refugee child was approved. It was a political statement, but a palatable one. A woman standing up for the rights of children fit within the boundaries of what the media had crafted as Sinéad O’Connor’s brand: a beautiful rebel, whose acts of rebellion were planned and approved by producers in rehearsal.

Sinéad O’Connor broke the rules of what kind of woman she was supposed to be. She was meant to be rebellious, but contained. Unpredictable, but governable. Political, but palatable. Outspoken, but uttering the pre-approved script.

The moment Sinéad broke the rules

Sinéad O’Connor strayed outside of the boundaries of palatable pop stardom; restricted rebellion; acceptable femininity; good womanhood. She had broken the rules — rules that society sets for women and strongly enforces.

The day after her appearance on SNL, the New York Daily News labelled O’Connor a “holy terror”. She was labelled “crazy”, a “bitch”; her albums were literally crushed by a steamroller outside Chrysalis Records’ Rockefeller Center. The week after her appearance, SNL’s host, actor Joe Pesci, declared: “She’s lucky it wasn’t my show. Cause if it was my show, I would have given her such a smack,” and was met with rapturous applause.

Sinéad O’Connor’s public controversies, struggles and vulnerabilities since her SNL appearance have been well, and cruelly, documented. But that incident marked a turning point in her public image; the moment where she crossed a line between respectability and deviancy. The image of her ripping up a photo of the Pope became the instantly recognisable moment when she became an unruly woman.

The moments that changed women’s careers

Society does not like unruly women; does not like women who are perceived as deviating from their assigned role, who take up more space than they have been allocated, who cross the boundaries. And there is often one moment, one image, one incident that society latches on to, holds up as evidence that this woman has spiralled out of control – and thus must be stopped.

All-American country group Dixie Chicks denigrating George W. Bush, declaring “We don’t want this war, this violence, and we’re ashamed that the President of the United States is from Texas”, nine days before the 2003 invasion of Iraq.

YA romance star and one half of the most famous young couples in the world, Kristen Stewart, photographed cheating on boyfriend Robert Pattinson with married director Rupert Sanders. Nickelodeon child star turned ever-bubbly teen actress Amanda Bynes, photographed looking erratic and unkept in a series of bad wigs after receiving a DUI.

These images became infamous because they became a visible marker that a woman had broken the contract of who she was supposed to be. She had let her performance of her assigned public persona lapse and was acting human.

The backlash for all of these women was swift and intense, in a way that it rarely is for men who act similarly. The traits we value and celebrate in men — outspokenness, ambition, rock n’ roll’ hedonism, power, outrageousness, evolution, humanity — become the very things we despise in women, and police heavily. As men accumulate power, they are allowed to break more and more rules without consequence. But as women accumulate power, they are given more rules to follow — and their power is stripped from them if they break even one.

What we can learn from unruly women

This, according to feminist philosopher Kate Manne, is the definition of misogyny. “Misogyny takes a girl or a woman belonging to a specific social class,” writes Manne. “It then threatens hostile consequences if she violates or challenges the relevant norms or expectations as a member of this gendered class of persons.”

We cannot go back and undo the damage done to these women. We cannot go back to that moment on SNL when Sinéad O’Connor was brave enough to tell the truth about clerical sex abuse and applaud her. But we can do better moving forward. We can do better by women, by paying attention to these singular moments when they are deemed to be breaking the rules.

Because by breaking the rules, these women expose the rules — rules that police us all. When Anne Hathaway is criticised for trying too hard, when Hillary Clinton is lambasted for being too ambitious, when Kim Kardashian’s legal aspirations are deemed too lofty, we can see the ways women are constantly confined by rules, are constantly told that they are allowed only to be one thing, and never too much of anything. We can notice how the rules constantly change, so that no one woman can become too powerful. And we can refuse to participate, refuse to hold women to such impossible standards and limited boundaries.

Read more: Britney Spears’ ‘me time’ is an opportunity to change how we talk about mental health

Read more: Posting your self-care routine on Instagram is not self-care

Read more: Miley Cyrus, her divorce and the kiss: how society is undermining a queer woman’s sexuality