Why siblings are good for your health (especially sisters)

From the moment we’re born, our siblings are our collaborators and co-conspirators, our idols and our cautionary tales. They are our protectors, our tormentors and the best playmates of all. Amanda Cassidy looks at the unique relationship between brothers and sisters.

I watch them, heads together as they discuss the evolution of one of their weird little Pokémon pets. “Volcanion!” they exclaim happily, “Nuzleaf for Dialga?” I’m 100% baffled by what they are talking about, but they seem to understand the same language – nodding sagely and smiling in conspiracy.

At just seven and six years old, these siblings have shared their entire childhood, navigating their challenges and joys together – lives in parallel.  Much has been written about the importance of sisters together or brothers together, but as I look at these two unlikely buddies, I realise that a brother/sister relationship is truly unique and life’s longest-lasting relationship is often very complex.

Related: What it is like to be in business with your sister

When my daughter was seven months old, we decided in a moment of complete clarity not at all clouded by hormones, that we would give her a sibling. That meant that when her little brother was born she was just walking – teetering around on pudgy legs, trying to feed ice-cream to her newest pet.

Potty-training involved chasing her around the house with a three-month-old attached to my breast. She didn’t seem to mind that she had to share her parents and now, it is all she has ever known. Naturally, everyone presumed I was completely nuts – and the first year or two were a little nutty. But now, (just like everyone reassured me) I can see the benefits of their tiny age gap.

Just like twins, my two do everything together – they get signed up to the same summer camps, they learnt to ride their bikes on the same day, and they love all the same movies. They really seem to enjoy each other’s company and it is really touching to see. 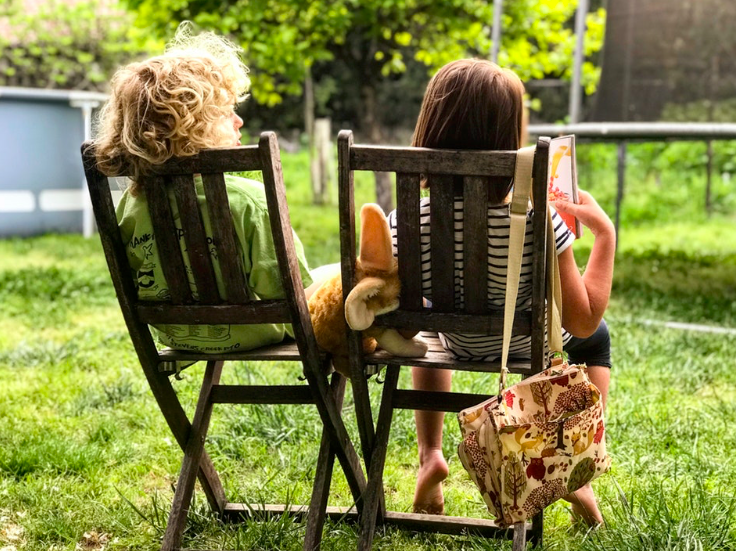 Parents have a powerful impact on the development of children but due to the consequences of age and mortality, siblings spend more of their life being shaped by each other. The influence of siblings on personal development appears to be largely overlooked by science. Once children enter a family they have the gargantuan task of figuring out how and who to be, while carving out a role within the family unit. Twins and siblings close in age can be a huge support to each other as they tackle these issues together, unencumbered by traditional rivalry or envy.

“To the outside world, we all grow up (and old) but not to brothers and sisters. We know each other as we always were.”

A study carried out by Brigham Young University found that having a sibling may help children develop sympathy. Researchers examined the relationship between siblings in more than 300 families and found having a quality relationship with a brother or sister may promote altruism in teens, especially boys. When it came to girls the relationship were even more important, explained co-author of the study Dr Padilla-Walker. “Sisters, specifically, seem to give siblings a mental health boost in ways that parents don’t. Our analysis of nearly 400 families showed that, regardless of age-distance, having a sister protected adolescents against feeling lonely, unloved, guilty, self-conscious, and fearful.”

Outside the touch of time

Child psychologist, Dr Terry Apter says the fact that siblings know you better than anyone is significant.;“ They may not always admire you but they’ll always be interested in you. If you ask a sibling to describe a parent or a sibling, it is the sibling that the child will remember details with the most sophistication in terms of character and habit.”

Family sociologist, Catherine Coger from the University of California has been studying the relationship between brothers and sisters for the past 15 years.

“To the outside world, we all grow up (and old) but not to brothers and sisters. We know each other as we always were. We share ‘in-jokes’, family griefs and joys. We live outside the touch of time.”

This relationship between siblings has another layer when it comes to different genders. Sisters teach brothers about the mysteries of girls, brothers unlock the puzzle of boys for sisters. It is often the way we first learn about the differences between the sexes. There is an influence too in areas of identity development, relationship with others and in sex-typing (how much girls and boys express stereotypically male or female qualities).

Even if you don’t get on, or your relationship changes as you move on with your life, there are many advantages of sibling relationships that can and should be nurtured. You are more likely to have the same core values, sense of origin and family history on which to build. 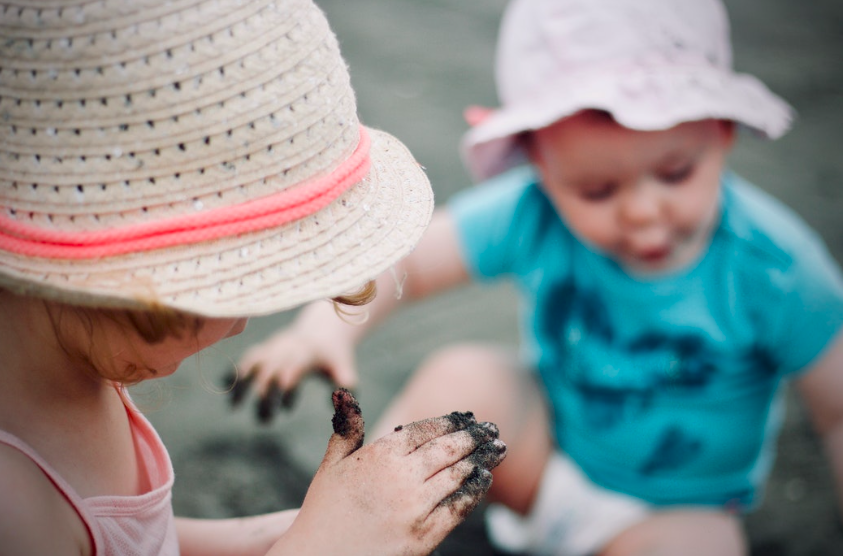 I have two brothers and two sisters. We are all very close but in very different ways. My sisters are my councillors and friends while my brothers opened my eyes to some parts of life that I might never have otherwise experienced. Yes, they encouraged me to take more risks, but they also showed me some of the vulnerabilities behind the facade of masculinity that isn’t always apparent. It is a relationship that we sometimes take for granted in our youth.

“Our siblings are part of our entire journey.”

The five of us are a loud, loyal, loving and lasting unit. We know each other on a deep level. Our parents eventually leave us, we gain our own family but our siblings are part of our entire journey. It is only now that we are actively nurturing that bond because we finally understand its importance. Often with our siblings, we feel much, much stronger than we did as individuals. Throughout our lives, whenever the need arises, we know we are able to call on that strength.

Now, with my own children, I have become the referee for squabbles and bickers that used to be my own. My daughter is her brother’s protector. In turn, he brings out a confidence in her that she needs. She cools his fiery jets and together they are forging a link that will belong to them for life. 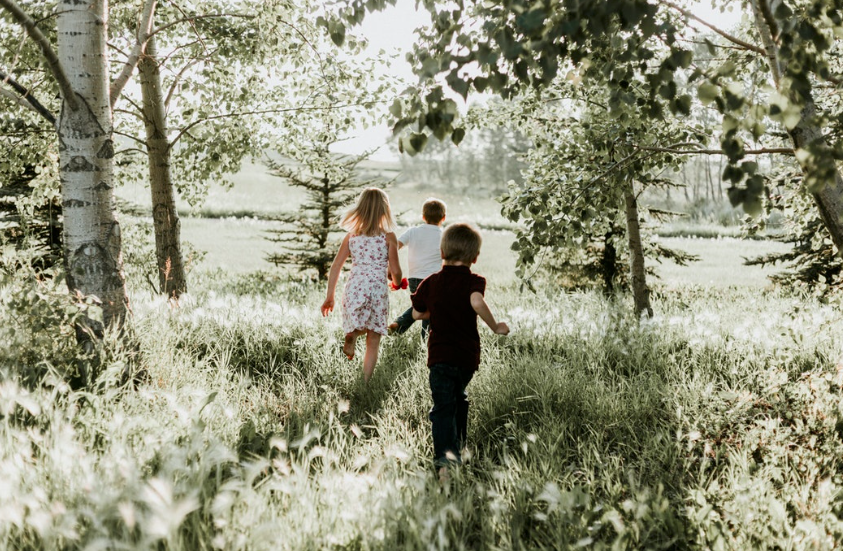 Three years ago, they got a new gang member – a giddy, fierce, little sister who hero-worships them and obviously, as the youngest, fetches things for them. Despite the odd thump, they have welcomed her into their happy clique, and we are now officially outnumbered.

Recently my son got upset because he said his little sister would be all on her own in the world when the rest of us passed on (according to age, obviously). “Isabella is the last one of us,” he said with tears in his eyes – “she won’t have anyone to mind her.”

My heart broke for his concern. He was utterly convinced that they would always be eachother’s entire world. And in a way, they always will be– but hopefully with the added fun of in-laws, nieces and nephews, friends and partners along the way.

Read More: The psychology of twins