This may be the best reboot news we’ve heard all week. Sarah Michelle Gellar has confirmed that she will be starring in the new Cruel Intentions TV series. Can we get a yay? It all kicks off where the film ended, give or take?15?years.

In the role that saw her go as far away from her feisty, yet likeable Buffy Summers character, Gellar’s scheming schoolgirl Kathryn?Merteuil is as famous as the film itself. ?While our teenage crush was all?to do with?her stepbrother Sebastian Valmont, we have to hand it to the woman who?was surely responsible for starting the Bitchy Resting Face movement. Merteuil’didn’t get her happy ending in the 1999 film, but thanks to the power of television, she shall return. Only this time, she’s older, wiser (well, time will tell) and possibly has her eye on Sebastian’s son, according to Variety.

#throwbackthursday (a bit early in Los Angeles) this picture was taken on the eve of production on the original #cruelintentions. Its me #rogerkumble (director) and #nealmoritz (exec producer) and the other is a picture of us now on the eve of production on the new #cruelintentions. That’s right “everybody loves me, and I intend to keep it that way” #kathrynmerteuil is back!!! I am happy to say that I will be joining them (and @nbctv ) on the new #Crueltv

She’s pictured alongside the film’s director Roger Kumble and producer Neal Moritz, and added that she’s joining ?the TV series that catches up with the characters years later: ?That’s right ?everybody loves me, and I intend to keep it that way? #kathrynmerteuil is back!!?

The reboot centres around Bash Casey (played by Taylor John Smith), who is the son of Sebastian Valmont – the eventual rival Merteuil originally?lusted after?- and the wronged Annette (played in the film by Reese Witherspoon, who sadly isn’t returning). It all starts after Casey finds his dad’s diary, and hence is ?introduced to a world of sex, money, power and corruption he never could have imagined.? 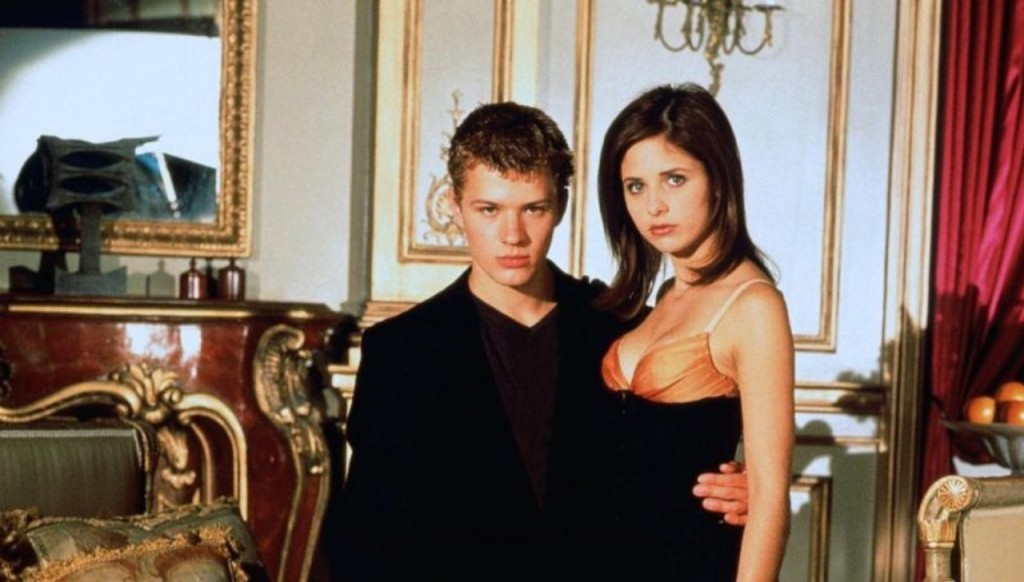 Meanwhile, Merteuil has moved on from the scandal of her youth, and now has with a rich husband and a job at a youth rehabilitation programme and it’s all is going swimmingly until the arrival of Casey.

Will the nostalgia we hold so dear for the film be ruined by a revisit? We hope not, but more than that, we hope that Ryan Phillippe and Selma Blair both make some sort of re-appearance.

We’re not going to lie; this we are looking forward to.