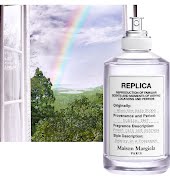 Removing a school’s Catholic ethos: here’s what you need to know

Schools have been accused of scaremongering over claims that divesting Catholic patronage means the end of Christmas, ‘Dia dhuit’ and Easter. We look at the facts…

The idea of moving away from religious ethos in schools is nothing new in Ireland — the argument about whether or not Catholicism (or any -ism) belongs in the public school system has been raging for at least the last ten years. But this week, it hit the headlines again, with the news that two Dublin Catholic primary schools sent letters to parents warning a proposed change of patronage would result in children not being able to celebrate Christmas, St. Patrick’s Day and Shrove Tuesday.

The Government had issued a request that one Catholic school of eight in the Malahide – Portmarnock – Kinsealy area of Dublin divest its Catholic patronage. The request is part of a wider initiative by the Department of Education to reduce the dominance of the Catholic Church in primary public education, and move towards a more secular model to reflect increasing diversity and cultural changes in Ireland.

Related: Catholic schools can no longer prioritise children based on their religion

Along with warnings that pupils in the proposed schools would not be able to celebrate Christmas, parents of pupils were also told a change of patronage could lead to the cancellation and removal of other school initiatives. The Irish Times reported yesterday that the parent’s association of St Oliver Plunkett’s School in Malahide issued a warning to parents that school initiatives such as the school’s garden fete; the healthy eating initiative; the Junior Entrepreneur Project; and Book Buzz, a school reading programme, might not be facilitated if the school were to change patronage.

The association invited parents to a meeting to discuss concerns, and said: “to avoid another Brexit-type disaster, we implore you to attend.”

Scoil an Duinnínigh, a Gaelscoil in Swords, Dublin also sent a letter to parents saying that common Irish-medium greetings that refer to God, such as ‘Dia dhuit’, may no longer be allowed if a school was to switch patronage.

Speaking to RTÉ News, parents said they are concerned about the lack of information about the proposed changes, saying the situation has allowed “rumours to run rampant”. In any situation where the wellbeing and education of a child is involved, it is understandable that concerns and tensions would be heightened. So we decided to take a look at the facts: