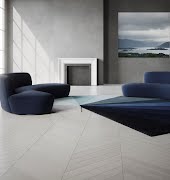 The psychology of being cushioned between siblings: Middle child syndrome explained

“A typical middle child”, we nod to each other knowingly. But do we really know what it means to be stuck in the middle of a family’s offspring? This might surprise you.

It’s a phrase we often use to describe a child that is more demanding, less connected, highly-strung or even challenging. But our perception of so-called middle-child syndrome is slightly skewed. Few actually understand the psychology behind the myth of the middle child.

The truth is that no children have the same reality. Our life experiences may be shared with our siblings but they are inherently different. A middle child is born into a situation where the parent’s already have a child. This means that parental resources are divided. Rather than being something that takes away from a child, it can actually enrich their experiences. Middle children are exposed to activities and materials that they otherwise wouldn’t have been.

Jamie Malone is a family therapist. She says middle siblings shouldn’t act the victim: “Maybe we should stop complaining so much, because the it can often offer a major perk. Being second born might mean being a spectator at an older sibling’s sporting event or having books ahead of your developmental level,” Malone explains. “These realities can actually add a rich exposure of learning opportunities the first-born sibling didn’t encounter.”

When the next sibling is born, the child is stripped of the title of baby and parents attention is divided once again.

The tension comes again when parents start to enforce rules and expectations. “It seems the older sibling gets privileges and opportunities the middle child doesn’t get. Whether it’s a later bedtime or technology use, the middle sibling often yearns for what they see their older sibling getting.”

Then, because a subsequent sibling is seen to be also getting privileges they may not have received as early, the middle child bristles. A sense of unfairness begins and the child may act out, seem sullen, stroppy or seek more attention from parents.

Malone says often the lack of responsibilities in the youngest child means a middle child may experience jealousy. “A younger sibling is being held to a developmentally appropriate set of standards, but the middle child only notices and understands this as different, forgetting that [they] too once had that set of rules and norms applied to them.”

Ultimately, to the middle child, it seems as though both their older and younger siblings are granted perks that they are not.

So is it simply down to jealousy?

Not exactly, according to a detailed study carried out by the Stanford University. It found that middles may be considered the most envious, but they are also the least bold, and least talkative of all the birth orders.

“There is also merit in watching someone else go before you, to make the mistakes first, so you can glide through the issues with a metaphorical cheat-sheet”.

Middle children tend to be more self-reliant, they think outside the box, are more empathetic and tend to feel less peer pressure. They are also excellent team players and are even found to be less likely to cheat (researchers believe this is because they value non-relative bonds so highly).

Rather than being seen as children with a chip on their shoulder, many middle children are just as ambitious as first-borns, it is just directed elsewhere.

Those sandwiched in the birth order of their siblings tend to seek out causes and are highly principled. They tend to rely heavily on friends, perhaps as a coping mechanism for the unconscious fear that they have been overlooked in the family hierarchy. There is also merit in watching someone else go before you, to make the mistakes first, so you can glide through the issues with a metaphorical cheat-sheet.

But remember, our birth order shapes us and not in a bad way. As a parent who has to divide my time, attention and efforts in three constantly (and as a middle child myself) I remind myself that my middle child achieves because of the way they are being brought up. They are developing strategies and skills that will hopefully serve them well as adults.

Read more: What it’s like to do business with your sisters

Read more: Why siblings are good for your health