Orla Tinsley calls on people to get the flu vaccine

More than 5,000 people have requested organ donor cards since Orla Tinsley’s Warrior documentary aired on Monday night. Some people have even requested multiple cards, presumably to share with their family and friends.

Orla, a life-long sufferer of cystic fibrosis, made the harrowing documentary for RTÉ over the course of 14 months. During this time, she campaigned tirelessly for more people to consider organ donation; all the while her own life hung in the balance.

Related: If you watch anything this week, let it be Orla Tinsley: Warrior

Usually, only 20 to 50 people request an organ donor card on any given day. Mark Murphy, chief executive of the Irish Kidney Association said in a statement, “The public’s interest in organ donation has dramatically spiked since CF campaigner Orla Tinsley’s documentary was aired on Monday. Such a level of public response has not been seen for almost a decade. Orla’s courage has moved the public in such a powerful and visceral way to support organ donation.”

He added, “This gives hope to the 600 or more people on transplant waiting lists and their families; and demonstrates, once again, how powerful individual stories shared by people who have been touched by organ failure and organ donation can capture the public’s empathy.

“In the deepest tragedy, one person can give hope to and save up to eight people.”

“We hope that the public will continue to have that vital discussion about organ donation with their loved ones and let their wishes be known,” his statement concluded.

Orla expressed her thanks in a heartfelt message on Twitter, which read, “Thank you for committing to save lives. In the deepest tragedy, one person can give hope to and save up to eight people. I’m alive because of my beautiful donor and her family. Let loved ones know your wishes; this is vital. 5,000+ Wow.”

1.000+ more requests over night. Thank you for committing to save lives. In the deepest tragedy 1 person can give hope to and save up to 8 people. I’m alive because of my beautiful donor and her family. Let loves ones know your wishes, this is vital. 5,000+ Wow. #recycleyourself https://twitter.com/FergalBowers/status/1042756017640169472

The Kildare-native was in and out of hospital for vital cystic fibrosis treatment since she was a child. While studying for her masters in New York, her CF became so severe that she was forced to put her studies on hold. Orla spent nine months on the lung transplant waiting list, with six devastating setbacks leaving her on life support. Finally, just before Christmas last year, she and her family got the news they’d been waiting for. 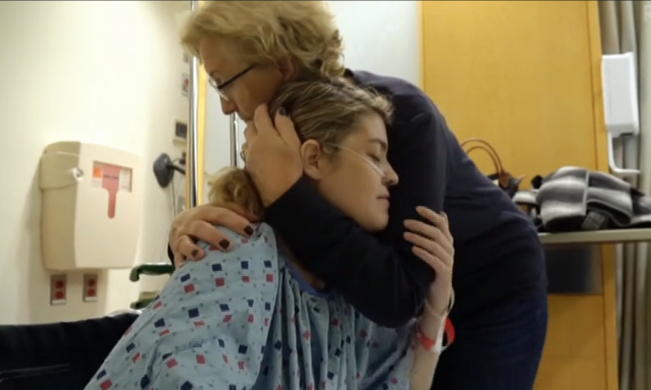 Orla had a life-saving double-lung transplant on 21st December 2017, something she has not taken for granted. “I have a kinship with my donor; this person I’ve never met,” she says in the documentary. “But she saved my life. Her decision, and her selflessness to become a donor saved me. I’m very aware that I’m here because of that deep and difficult time for another family. I don’t take it for granted.”

How to get an organ donor card

There are many ways to get your hands on an organ donation card. Remember to tell your relatives about your decision while you are alive. This will make your family and health services staff aware of your wishes regarding potential organ donation after your death. For information about how the process works, see hse.ie/organdonation.