On Serena Williams and how we police black women’s emotions

To expect Serena Williams not to be angry or emotional is to expect her to constantly smile through her own oppression.

On Sunday, Serena Williams was fined $17,000 for a three-code violation during her loss to Japan’s Naomi Osaka in the U.S. Open Final. After umpire Carlos Ramos accused Williams of receiving secret coaching during the game, Williams objected, passionately telling Ramos “I don’t cheat to win. I’d rather lose. I’m just letting you know,” she said. “I have a daughter and I stand for what’s right for her. I’ve never cheated, and you owe me an apology.”

Williams’ frustration was palpable, and protestations and subsequent smashing of a racket  were met harshly – she was cited for “verbal abuse” and her interactions with Ramos has been described as a “rant”, a “meltdown”, a “temper tantrum” – even though male tennis players like John McEnroe, Ilie Nastase, Jimmy Connors and Andre Agassi have all gone on infamous tirades without similar punishment. Retired US tennis star Andy Roddick acknowledged this, tweeting, “I’ve regrettably said worse and I’ve never gotten a game penalty.”

“While male rage is valorised in sport and in life, the anger of Black women is used as an excuse to dehumanise them.”

Williams re-iterated this double-standard later to the press, saying “I’m here fighting for women’s rights and for women’s equality and for all kinds of stuff. For me to say ‘thief’ and for him to take a game, it made me feel like it was a sexist remark,” she said. “He’s never taken a game from a man because they said ‘thief.’” 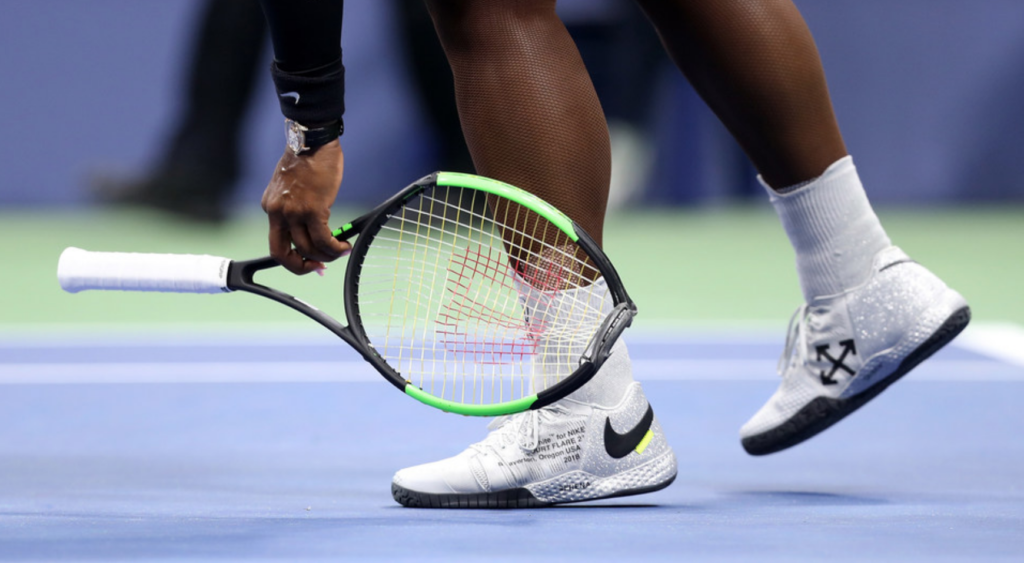 Williams knew what she has always known, what we should all know by now: her anger was viewed differently, and policed harsher, because she is a Black woman. While male rage is valorised in sport and in life, the anger of Black women is used as an excuse to dehumanise them. To pretend otherwise is to lie.

Emotional weight of a lifetime

I’m not going to declare that I know exactly how Serena Williams felt in those moments on court. But when I saw her demand an apology, I didn’t feel like I was watching her have a single emotional moment. I felt like I was watching her bear the emotional weight of a lifetime – a lifetime of racism, misogyny, diminishment and dehumanisation. I felt like I was seeing Williams express the type of exhausted anger that builds over literally decades of being dismissed.

“Despite being the greatest tennis player in the world, Williams earns the least amount of money from sponsorship”

Because she has been dismissed, systematically, since day one. Over the course of her career, Serena Williams has been drug-tested four times as much as her white peers. She and her sister Venus Williams have been erroneously accused of match fixing. She has received racist abuse from tennis spectators, including being called the N-word and having spectators shout at her “I wish it was ’75, we’d skin you alive” as she walked on court.

Despite being the greatest tennis player in the world, Williams earns the least amount of money from sponsorship and endorsement deals put of her peers, leading to inferior players like Maria Sharapova earning over $10 million more than Williams in 2015 – a year that saw Williams beat Sharapova for the seventeenth in a row. The pay gap in these deals is primarily down to corporations and advertisers preferring to associate their products with images of slim, white femininity, rather than with a muscular Black woman whose body has never stopped being scrutinised in ways that combine racism and misogyny into misogynoir – a particular prejudice levelled against Black women.

Serena Williams’ body has been described by sportswriters and columnists as “masculine”, “built like a monster truck”, “an unsightly layer of thick muscle blubber”, “bordering on digitally enhanced”, and “an animal.” These hideous descriptions perpetuate the racist othering that Black women experience daily; the hypersexualization of their curves, the masculinization of their muscle, the dehumanisation of their bodies simply because they are not white.

Sometimes this body-shaming comes from Williams’ peers; well known tennis players have stepped on court with towels stuffed in their tops and under their skirts to mock Williams’ physique.

These insulting acts, incidentally, were not met with penalty. The white players who chose to publicly mock and caricature the body of a Black woman were not declared to be racist or bitter or undignified – indeed, mainstream American media reacted by saying that any backlash was PC culture gone mad; faux outrage at some harmless jokes.

But when Serena Williams expresses any emotion, it’s not seen as harmless, and the outrage is all too real. 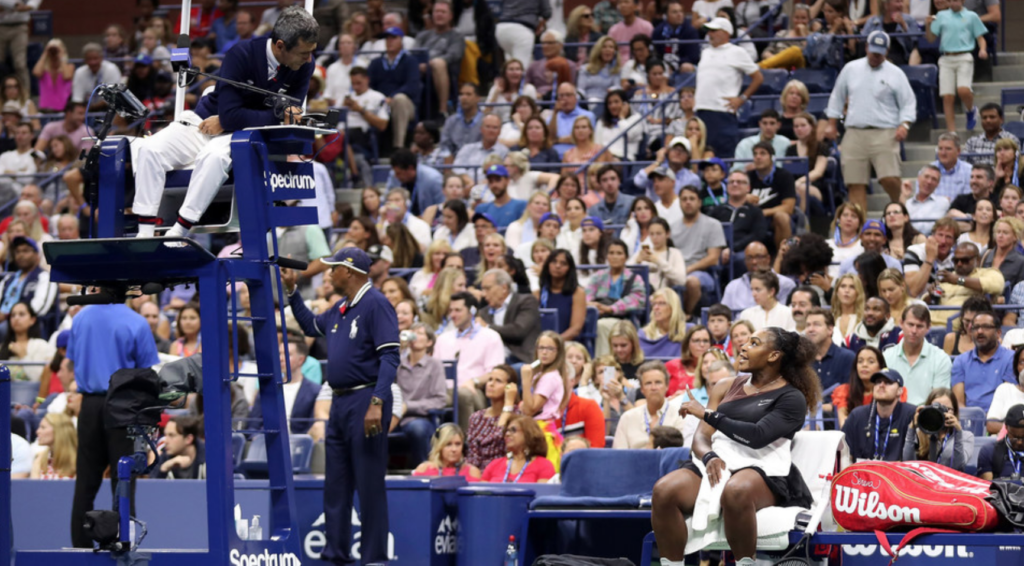 During the 2012 Olympics where Serena Williams brought home two gold medals – the only gold medals America would win in tennis that year – she enjoyed a brief, joyful victory dance on centre court at the All England Club, and was lambasted for it. Her moves resulted in the American media labelling her as “immature and “classless”, declaring the dance a “Crip-walk”, comparing the act of dancing to “cracking a tasteless, X-rated joke inside a church.” A Black woman had yet again proven herself to be one of the greatest athletes in the world and instead of being rewarded and celebrated, she was described as dishonourable, criminal, obscene.

This is how racism – how misogynoir – works. The bodies and emotions of Black women are always too much, their achievements never enough.

One piece of that puzzle

In 2014, writer and MacArthur fellow Claudia Rankine wrote about Serena Williams in her breathcatchingly brilliant poetry-prose book Citizen: An American Lyric, which explores racism in America in all its guises. Rankine describes the type of anger that Black women like Williams experience as “a type of knowledge: the type that both clarifies and disappoints. It responds to insult and attempted erasure simply by asserting presence, and the energy required to present, to react, to assert is accompanied by visceral disappointment: a disappointment that no amount of visibility will alter the ways in which one is perceived.”

“We can take in the wider social and systemic context and start dismantling these issues of racism and misogyny, together”

It was this energy we saw on Sunday; the energy of a Black woman yet again fighting for equality in the sport she has dedicated her life to; a sport that profits from her talent while consistently, systematically diminishing her. Yes, some this energy was passionate, and emotional, and angry. To expect Serena Williams not to be angry or emotional is to expect her to constantly smile through her own oppression, to not object to systemic inequality so that we feel more comfortable.

Serena Williams’ actions on Sunday have already seen her be dismissed as being hysterical and irrational. But she is more aware than we will ever be. She has experienced the entire messed-up jigsaw of racism and misogyny, and understands how the events of Sunday were just one piece of that puzzle. We can make the privileged choice to view Sunday’s events in isolation, to pretend that Williams over-reacted and leave her to battle alone – or we can take in the wider social and systemic context and start dismantling these issues of racism and misogyny, together. It’s our choice.

Serena Williams has served us the opportunity to be better – the ball is now in our court.

The Met Gala 2019: All the details you need to know