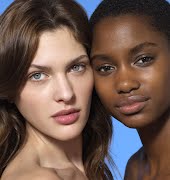 No More Law: The Pain And Relief Of Deciding To Change Career Course

With her degree nearly complete, Julie Maguire decided not to pursue a career in Law. That meant disappointing her parents and having to readjust her self-expectations and long term goals.

Almost 4 years ago I, like so many other students, filled out the dreaded CAO form. Entirely undecided as to what I wanted to do, I settled on what I thought would suit me (or more accurately, what I was told I was capable of achieving and so should pursue). Fast forward two months and there I was accepting course DN600, Bachelor of Civil Law at UCD. It was, in so many ways, a dream come true. I had secured a place in my first choice course and was going to be studying in one of the top law schools in the country. For reasons unbeknownst to me, however, something prevented me from being completely overjoyed.

It’s easy to see now that my heart was never in what I was studying. I thought it was normal to be disinterested in the modules I was attending and that my unwillingness to apply myself fully to my classes was due more to laziness than it was to lack of passion for the subject. I now realise that these were warning signs I should have tuned into in advance of my final year.

Starting this academic year, having spent the summer working with solicitors, I suddenly hurtled toward the reality that I was neither enjoying my degree, nor was I interested in pursuing it as a career.

The first two months of last semester were spent watching and listening to people applying for jobs and traineeships with solicitors’ firms, all the while jealous of their surety and direction. Focusing on coursework was difficult as I was painfully aware of the uncertainty of my future. What did I have to work for when all I had been working for thus far was no longer in the picture? I found myself staring into an abyss.

In addition to the paralysing fear of this void, I was also facing the prospect of informing all those I loved, who expected me to be going down this particular path, that I no longer believed it to be a possibility for me. Parents can have a tendency to plan a life for their child without even realising they have done so. In fairness, it’s not surprising that my parents (and practically everyone who is in any way close to me) presumed, after four years of studying law, two summer internships in solicitors’ firms, and a year studying the American legal system, that the natural course my life would take involved me sitting the FE1s next year.

Speaking the words aloud for the first time was daunting but I had to say them. No one ever wants to let their parents down or hear them say, ” I’m not mad, I’m just disappointed.” I understand their fear for me, too, and what compels people to constantly ask what I want to do now even though I don’t know the answer to that question. I also know that I’m lucky that people care so much and are concerned about my well-being. And, of course,  that I have so many choices.

I would be lying if I said that I am now certain about what I want to do next or that I have a plan when I absolutely do not. But I am relieved. Exploring other areas that interest me has been very helpful (sometimes just as part of a process to eliminate things) but the focus now, as it always should have been,  is on finding a career I can be passionate about. The world is full of opportunity in a myriad of different fields. I don’t mean to sound flippant but a recent Facebook scroll had an ad for an official chicken nugget taster, proof that there are plenty of jobs out there I haven’t even heard of yet.  Maybe one of them is for me.