For all those that are fans of the Fifty Shades books (the movies are another story altogether), author E.L James made some people very happy by announcing that yet another book in the series will be published at the end of this month.

This time eager readers will get to know a different side to the story, as the new book, simply titled ?Grey? is all about Christian’s side of things. We’ll know everything – only this time it will be told from his point of view. From meeting Anna to his Red Room, we’ll (probably) literally know everything that goes through his mind.

The trilogy has grossed around 125 million around the world, and the movie, (despite its troubled happenings) made over a whopping half a billion euro since its release in Feburary. Not too shabby.

Sound intriguing? We’re debating it, but we bet this will interest more than a few Fifty fans. We wonder if Christian will have his own ?inner God?? (We seriously hope not). 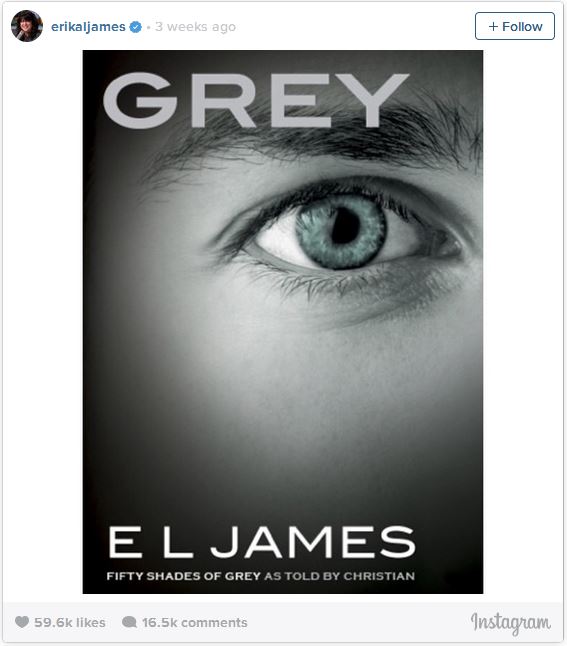 The author hinted at such a novel before as the end of Fifty Shades Freed (book three in the trilogy for those that don’t know),?contains an initial few pages of ‘Grey’, but we’ve never had a release date before. It will hit shelves on June 18th – Mr Grey’s Birthday incidentally. Obviously that’s no coincidence.

The author told The Guardian: ?Christian is a complex character and readers have always been fascinated by his desires and motivations, and his troubled past. Also, as anyone who has ever been in a relationship knows, there are two sides to every story. It’s been a great pleasure to return to my happy place – writing, being with Christian and Ana in their universe.?

Will you be interested in reading about Christian’s side of things?