Musically-Charged Memories: The Power of a Playlist

I am a fiend for making Spotify playlists. I have one entitled Red Wine Rides for when I’m feeling saucy and another one called Healing Bangers for when I need a quick pop-dopamine rush to cancel out any sadness. I’ve curated ones for long drives to Dingle, Co. Kerry and for even longer drives via an overnight ferry to Glastonbury. On my long list of Spotify playlists for almost every occasion,  there are three playlists that complete transport me back to a certain time and place.

The Best Playlist of 2016 That Celebrates Songs from 2006, The Best Playlist of 2015 That Celebrates Songs from 2005 and Antics Revisited, a playlist that has the majority of songs that controlled the dance floor at Crawdaddy’s indie nightclub, are playlists that contain the songs that filled up my most formative years. Between the years of 2004 and 2008, I acquired a fake ID so I made my way into places like Tripod, Crawdaddy, Eamonn Doran’s and the Temple Bar Music Centre. During this time, I finished secondary school, I started college and I moved up to Dublin.  Those songs  soundtrack the discovery that Koppaberg mixed with vodka is perhaps a bad idea, the not-so-subtle pass back of fake IDs in queues, the gator-sized crushes on boys in skinny jeans, the raucous house parties in student accommodation and, then in turn, the raucous house parties in student accommodation being shut down by angry neighbours.

I can taste the bottle of VK Ice – the knock-off of WKD Blue – when I listen to Yeah Yeah Yeahs’s Maps (released in 2004 but an eternal indie dance floor classic) and I can smell the immediate regret of drinking straight vodka with the final chorus of Lady Gaga’s Just Dance (2008). Even though the smoking ban was brought in in 2004, we still toyed with its limitations as songs like Pussycat Dolls’s Don’t Cha topped the charts in 2005.   Timbaland’s The Way I Are (2007) played as we nipped into the offy for a last-minute nagan before heading into town on the last bus to see 2 Many DJs play in the Ambassador. We could buy booze after 10pm back then, you see. 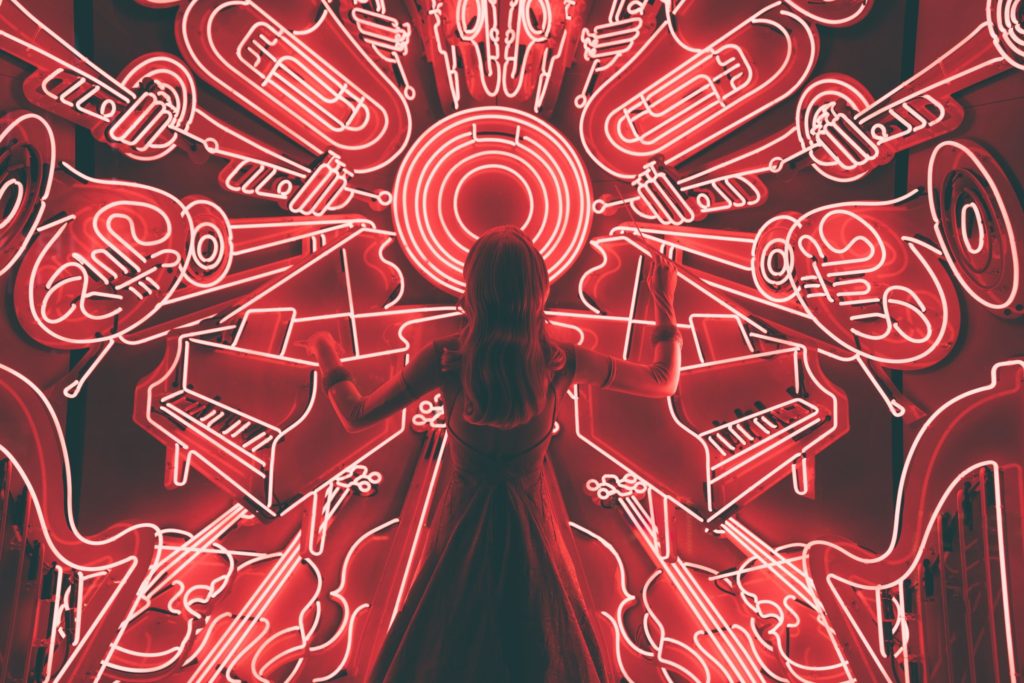 Data scientist and author Seth Stephens-Davidowitz wrote a fabulous Op-ed called The Songs that Bind for the New York Times earlier this year and he connected Spotify data and age groups with the songs we love so passionately.  For women, their musical preferences take the strongest hold between the ages of nine and 15, which might explain why most 30ish-year-old women will go berserk for Beyoncé’s Crazy In Love. It was released when they were 15, a time for first kisses, the Junior Cert and first sips of booze before teen discos. The peak age for men is 14 but their passion –  their absolute grá –  for music cannot match that of a teenage girl. Stephens-Davidowitz also concludes that the songs we love as teenagers are among some of our favourite songs of all time, which brings me back to my time travelling concept with music. How come certain songs jolt us back to a time and a place, with what we were wearing, eating and drinking filling our senses?

On Twitter and offline, I asked this all-important question: What is a song that, as soon as you hear it, you’re thrown back to a specific time and place? One friend said that whenever she heard Arctic Monkeys’s Fluorescent Adolescent, she felt like she was interrailing at the age of 18 all over again. Sitting in the cheap seats with her MP3 player, she clearly remembers the lack of air-con on the train  and the annoyance that two of her mates spent most of the journey shifting. The air smelled like crisps and everyone was wearing floral surfer shorts. Another friend says that The Killers’s Mr. Brightside immediately reminds her of having tonsillitis, after a misguided smooch at her Debs, which then landed her in hospital. She now hates Mr. Brightside. On Twitter, Matthew Mulligan said that Madonna’s Ray of Light reminds him of coming home from school in his mam’s car, “playing Pokemon yellow version on my lime-green Gameboy Colour”. James McGuirk says that Bloc Party’s This Modern Love reminds him of “being in Whelan’s and being 20 ish”. “I might have only heard it there that one time but it always stuck with me. I miss them days,” he says.

Our lovely online editor Dominique McMullan says that All Saints’s Never Ever reminds her of wearing O’Neill’s tracksuits bottoms and “posing at discos”. Jape’s Floating sends author and sound gal Sarah Griffin back to Punchestown Racecourse. “Played to me by a mate at Oxegen when I was 15. Whenever I hear it I’m fully there sitting in an inflatable chair drinking warm Druids,” she says. Paul Hick says that Boys Noize’s song & Down reminds him of the Trinity Ball in 2008 where he had his first kiss with his now fiancée. Whenever Aifric Ní Chríodáin hears Pitbull’s Give Me Everything, the place that that song takes her to is less pleasant. “6th year holiday in Portugal, aged 17, drinking 85% absinthe the colour of paintbrush water, said absinthe coming right back up again.”

More than just a frozen snapshot in time

Music is one of the biggest memory triggers. While some memories are monumental, like meeting the woman you’re going to marry,  others can be something small like remembering being in a car as that song was playing. The earworm nature of some songs means that they are designed to be remembered but when you combine a catchy song with an emotive or formative experience, its importance increases and it’s impossible to shake. The same can be said for hearing songs at sad times. For me, the Outhere Brothers’s Boom  Boom Boom (1995) will always remind me of the summer my granny died because it played one time when my cousins and I were all playing thumb wars in the car park of Drogheda Hospital as our parents were inside receiving bad news.

Songs sometimes hold the key to memories you’d gloss over otherwise. As actual, physical photo books are becoming a thing of the past, playlists of songs from your youth are more than just a frozen snapshot in time; they can make you feel like you are that person all over again.