Bringing the family skiing can be daunting. But as well as learning a new skill, travel writer Amanda Cassidy says they discovered a mindfulness nobody was expecting…

“Find the solution, not the problem,” Herve, our ski instructor for the week, explains philosophically. “Like everything in life, you fill the space, look where you are going, feel where your body takes you. Always focus on the solution instead of the problem.”

His mountain-crinkled face has been responsible for some of the most profound life lessons we’ve had throughout our week in Samoëns, Haute Savoie in France. 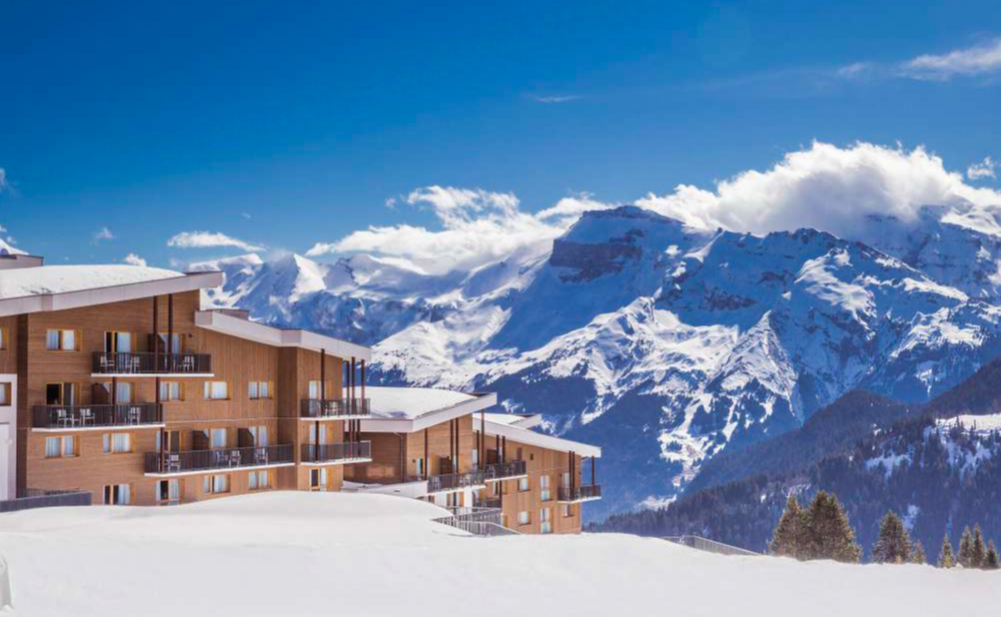 Draped over 100m, the tiny village is full of stone houses dating back to the middle ages. We sit majestically overlooking the small hamlet of roofs at our home for the week, Club Med Grand Massif where the sunrises (yes, we are up at sunrise every day) are so stunningly pink that the very sight catches your throat.

Steeped in nature, skiing is becoming a more popular holiday every year. It is far more accessible than ever — physically and financially — and there are now packages to suit every budget.

And while there will always be those who are aghast at giving up an entire week on a beach to shiver in the mountains, the twists and turns that come with a ski holiday are pretty unique.

We’ve hauled our three children over to Geneva and traveled the short distance by car to the resort which has the benefit of including ski lessons for all the family. We have no idea what to expect — and that’s reflected in our luggage which is crammed with just-in-case items, way too many fleece jackets, assorted hand warmers and, inexplicably, 15 pairs of various boots and shoes. 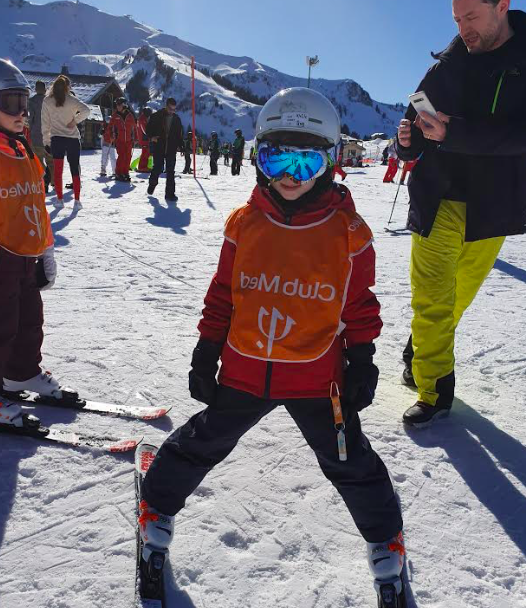 And then we see the mountain.

It isn’t an exaggeration to say that so many city-dwellers are bereft of nature — really unspoiled, vast, spine-tingling nature. Nature that leaves you awe-struck and reminds you to think about spirituality and all the rest of those Big Ideas buried beneath our to-do lists, our monthly bills, health checks, children’s assignments and various other boring but necessary parts of living in our current society.

But the mountain grounds us.

The resort itself has been chosen for the all-inclusive aspect. With so many moving parts when it comes to this type of holiday, it really is a holiday to allow yourself to sit back and have things spoon-fed to you as you gaze at your alpine surroundings. 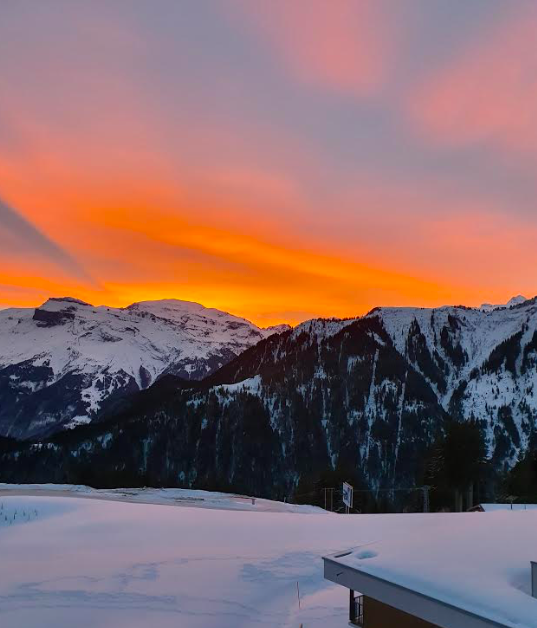 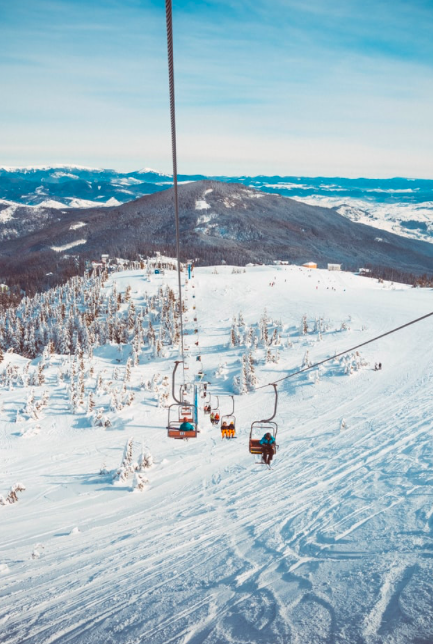 Here there are 382 rooms with panoramic views across the Giffre valley. It has heated indoor and outdoor pools, a Mini (kids) club and Hammam spa. Meals are the usual hectic buffet style but the difference is that the menu is designed by Michelin-starred chef Edouard Loubet. Despite its credentials, the children mostly hung out by the pasta and ice-cream stations.

The ski-fitting, locker-getting, boot measuring part is understandably the most laborious part of a trip like this. But once we had 5 sets of boots and skis, we shoved them into our lockers which is beside the ski-in/ski-out area for convenience.

Morning one was my first and only wobble. My overprotective mothering instincts kicked in as I waved off my 5, 7 and 9-year-old, leaving them in the capable hands of the amazing G.O’s (Gentle Organiser from Club Med’s Mini Club) and Ecole du Ski instructors but eyeing up the ski-lifts and slopes nervously.

Within half an hour, I spotted them waving frantically from a button lift — the one you place between your legs and which drags you smoothly up a slope. They were bursting with that magical effect snow has on little minds.

Now it was time to focus on me. 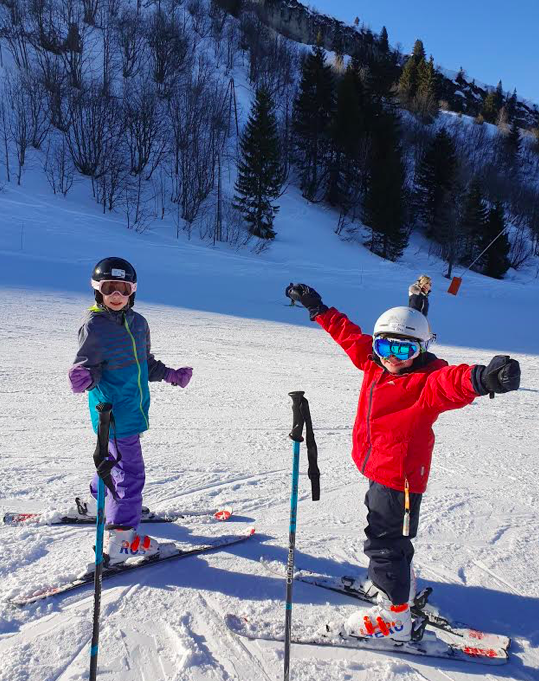 The children gorged on home-rolled ravioli, hot chocolates, and paella, while we enjoyed garlicky tomato soups, more cheese — this time with flavoured jars of honey, melt-in-your-mouth lamb and bean cassoulet.

Taking up any sport aged 40 is a challenge. Taking up one where you basically put sleds on your feet and freewheel down mountains is just bonkers. But that is where Grand Master Herve stepped in with his mountain therapy.

“Let the mountain guide you,” he urged as we perfected our snowplow and eventually turns. All the while those white giants rising up around us, sprinkled on the top with layers of craggy rocks, the crisp air and sunshine glow refreshed.

Back at the resort, we are welcomed back with van chaud (hot wine), hunks of crispy bread, slabs of local cheese and meats. We untangle ourselves from our ski-gear and hit the restaurant. The hunger after such wholesome activity is immense. The children gorged on home-rolled ravioli, hot chocolates, and paella, while we enjoyed garlicky tomato soups, more cheese — this time with flavoured jars of honey, melt-in-your-mouth lamb and bean cassoulet. 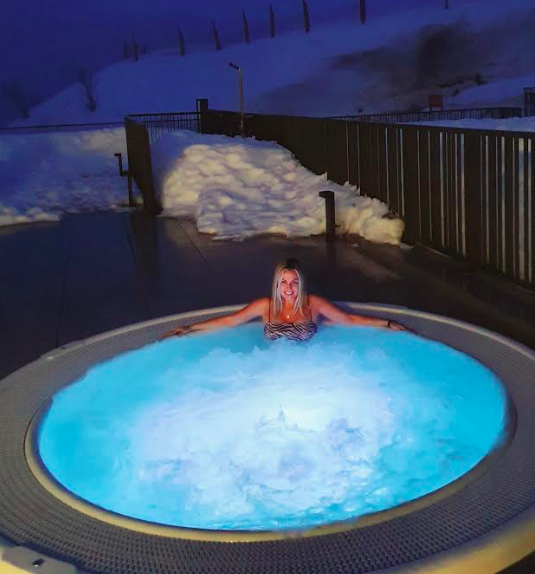 The afternoons were spent expending all that extra energy we now had under our belts — literally. Heads in the clouds, we swooped up on the chair-lift and dangled into the fir-tree abyss, the only sound was the whir of the machinery edging us closer to the looming summit.

On top of the world is an expression that means joy, happiness or success to some. But standing in the blue-white haze overlooking Mount Blanc, with hundreds of alpine peaks shimmering towards the horizon is my version of true happiness.

This mindfulness isn’t advertised in the brochures. The euphoria of gliding on ice isn’t advertised. The adrenaline that makes you involuntarily whoop as you zip down a slope is hard to capture in a promotion.

There is a feeling that anything is possible, that spark of new beginnings and hope that comes with connecting to nature at its highest level.

But then there was also the slight problem of having to get ourselves safely down this mountain. Herve stepped in, told us we were all amazing and to follow him down.

When we weren’t focussing on the stunning surroundings, we were 100% immersed in the actions at hand; turn, pivot, balance, lean, turn again, skid, glide, stop. For two hours we thought of nothing else outside of what we were doing. Challenging ourselves, pushing ourselves, feeling amazing when we achieved it.

This mindfulness isn’t advertised in the brochures. The euphoria of gliding on ice isn’t advertised. The adrenaline that makes you involuntarily whoop as you zip down a slope is hard to capture in a promotion.

Our typically grumble-about-most-things kids felt the same. You could see it in their shining faces as they stumbled back inside, shaking off the snow and smiling more widely than we’ve seen in a long time.

“I went down a RED slope,” my usually quiet eldest-child tells me proudly, her confidence visibly stronger. 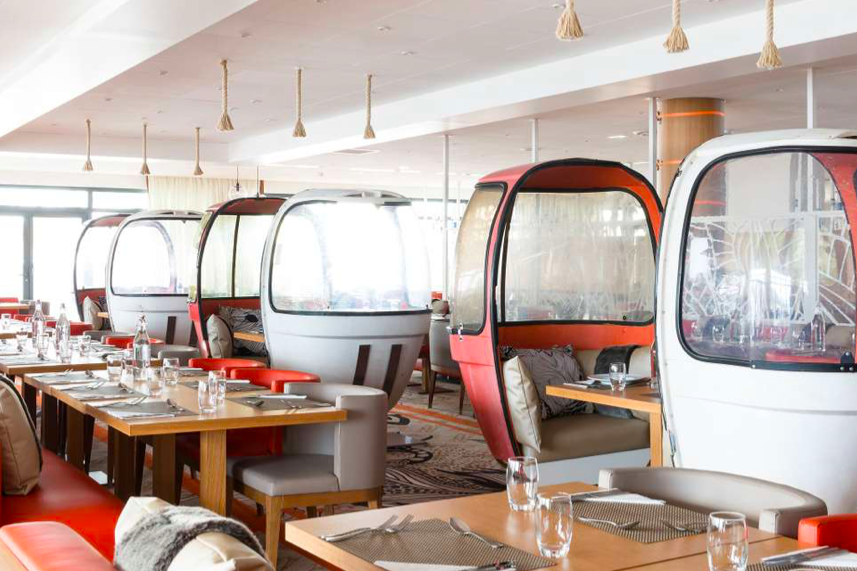 Our five-year-old announced during Apres-Ski (Club Med do this fantastically with entertainment, drinks and a remarkable spread made even more remarkable when we ate dinner an hour later) that she had gone on the highest chair lift with random strangers — a common, normal concept for French and Italian children, but one that makes us Irish queasy.

“I said merci,” when we slid off, she said sagely, licking the 37th chocolate crepe of the week off her pink cheeks. Later, she danced on the stage to the mini club show dressed as a butterfly and then drifted off to sleep in the adjoining room to ours, dreaming of the next day’s snowman building. I dreamt of sunsets, vast open spaces and cheese fondu.

Do yourself a favour and make life as easy as possible with inclusive deals and lessons pre-booked. And don’t bring too many shoes. (We wore 5/15 pairs.)

Read more: The life-changing experience of walking the Camino

Read more: How to do the Maldives with kids