Lulu Frost: The Jewel Of Manhattan 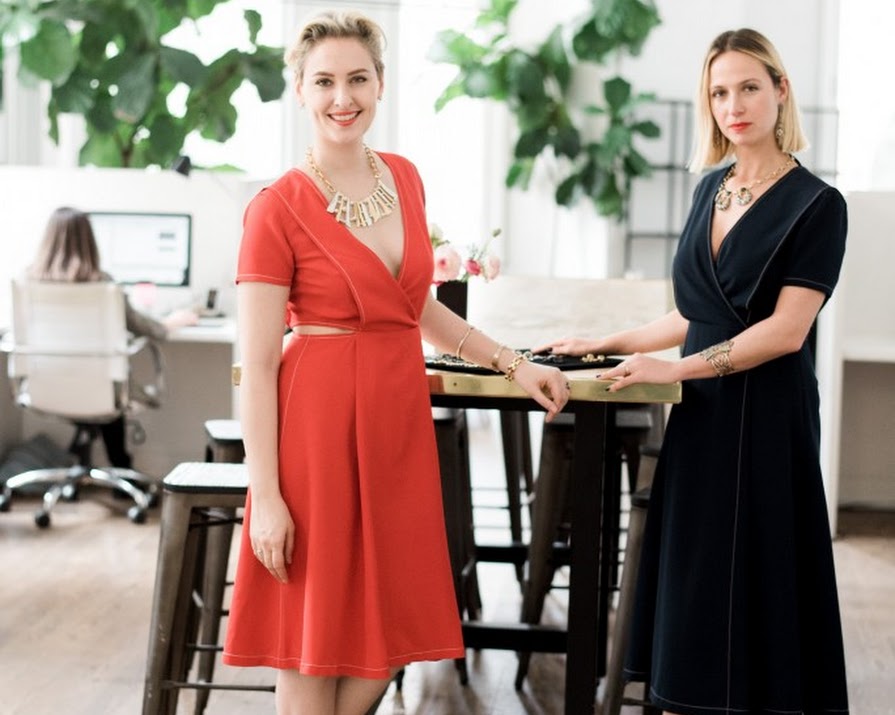 She’s a designer who marries delicate vintage with graphic modern, and whose aesthetic is redefining costume jewellery in the 21st century. Lisa Salzer, creative director at Lulu Frost, talks to Melanie Morris about how it all started.

Imagine the typical Upper East Side Manhattanite. She’s usually a bit of a blonde cliche? – all Tory Burch ballet flats and $200 blowouts. Well, native New Yorker Lisa Salzer is nothing like that. She’s far more fabulous, and she has the keys to the city. For keys, read numbers … and letters … from The Plaza Hotel, bought at auction when the iconic building was having a refurb. They became the staple of Lisa’s first jewellery collection, attached like charms to long gold neck chains and bracelets. That was back in 2004, and the pieces struck such a chord, Daily Candy, the cult style website of the day, tuned in. But Lisa had to beg them to hold back on featuring her infant business until she could get the credit card machine registered and working. Then Barneys came knocking and became her first retailer, after which a roll call of stores including Bergdorf Goodman, Neiman Marcus, Colette, Liberty and Matches all added their weight. The letters and numbers were such a sellout that years later, cast metal versions of the same pieces are still selling like hotcakes. Lisa Salzer is the 32-year-old brains behind the business. As founder, jewellery designer and creative director at Lulu Frost, her distinctive style repurposes beautiful vintage with modern; symbolic with graphic, precious metals and stones with fashionable finishes. 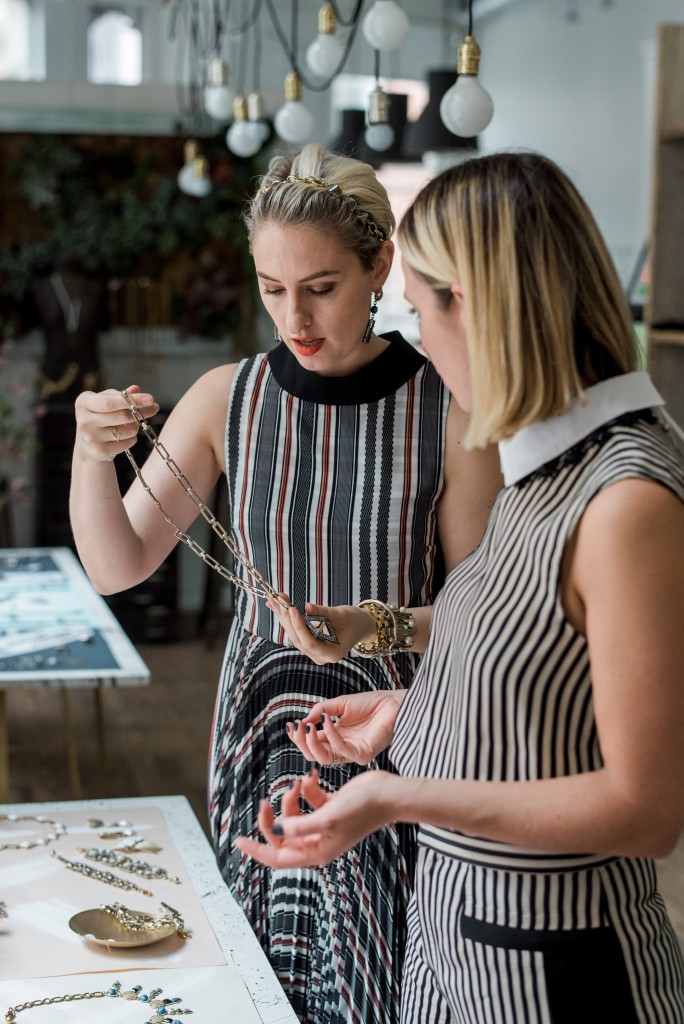 Lisa, whose pet name is Lulu, is an art history major who decided to give jewellery making a go when pieces she’d made in her final year at college became popular buys with her friends. But jewellery has always been in Lisa’s DNA because the ?Frost? of the brand is Elizabeth Frost, Lisa’s grandmother and the source of the designer’s inspiration. ?Growing up, my Grandma gave us jewellery at Christmas and birthdays. So we always had little pieces in our lives, which was amazing. ?Grandma sold jewellery in a wonderful store in Pennsylvania. She was the manager of this jewellery store, owned by an amazing woman called Barbara Parks. Barbara would travel all through Europe to collect a lot of Lalique, Fouquet, a lot of Victorian, Nouveau, and Deco, and some of the more modern Cartier pieces. So that’s where I got my love of vintage. And from the age of about six, every weekend I would go to visit, and I would hang out with her all day. ?[My Grandma] died a year before I started Lulu Frost,? says Lisa. ?I miss her, but I feel she’s always with me.? Still, the business remains a family one. ?My mother is our buyer. She doesn’t work from the office, but lives nearby in Long Island, and I see her a lot at weekends. I’m very connected to my mom; she and I are alike in many ways. We love art; we both go crazy in an antique ‘shop. So she’ll be looking during the week for me, and she’ll show me what she found at weekends. She has relationships with all the vintage dealers and just built up all her contacts over time. She visits the stores in the Hamptons with my father. I never really had to ask her to get involved – she was just always there.? As Salzer’s business developed, so did the variety and number of collections under the Lulu Frost label. Cuff bracelets are formed from old French shoe buckles, the 100-year necklaces are layered pieces that feature elements from ten decades, and there are the seasonal fashion collections. 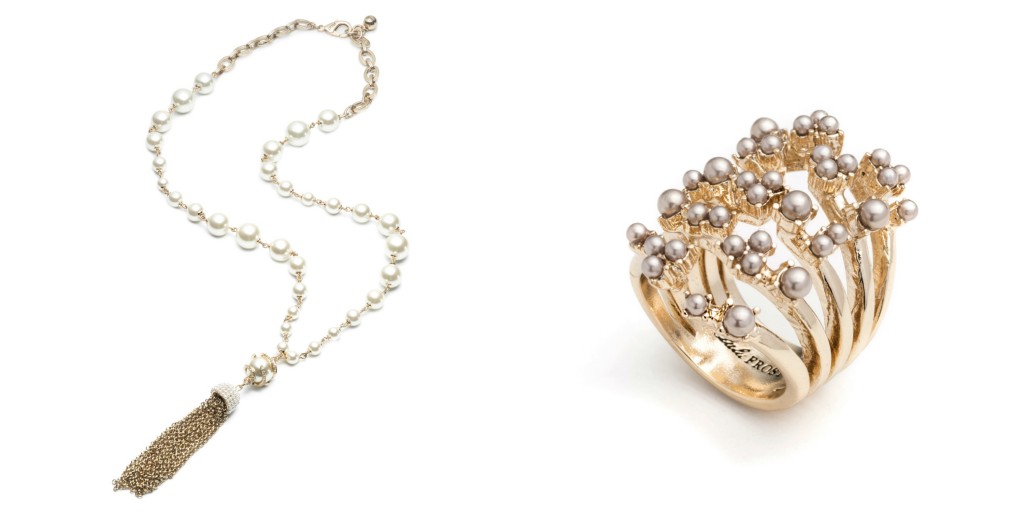 This year, George Frost came into being – a men’s collection in collaboration with Lisa’s ballet dancer husband Marlon Taylor- Wiles (and named after Lisa’s grandfather). ?It’s inspired mostly by military meanings?but turned on their head. So we use a lot of Morse code; we use their patterns to spell out things like Love, Luck, Trust … guys go crazy for it. It’s very beachy in a way.? This autumn, Lisa branches into fine jewellery. ?I’m quite spiritual, and I love working on really meaningful things, so Ether is an astrology-based collection. Pieces are made from 10 carat gold, with white sapphires for the stars.? Lisa wore earrings from this collection for her wedding last October. ?I wore Scorpio, which is my sign, in my right ear, and Cancer, Marlon’s sign, in my left ear – a symbol of our union in the cosmos.? The couple married in Montauk in upstate New York, where the bride wore a Romona Keveza gown. It was a wedding that went from ceremony to cocktail hour, dinner, dancing and then ended with?a bonfire on the beach. Then it was off to honeymoon in Morocco. ?We went all over – the desert, the mountains … It was incredible to see thousand-year-old cities that can have modern quarters.? Back in New York, Salzer loves bohemian touches to grand institutions. ?I love the Carlyle Hotel. The bar covered in murals by Ludwig Bemelmans, who created the Madeline books. He lived in the Carlyle and painted the mural instead of paying the bill, just like the artists of the 1960s who lived in the Chelsea Hotel. I love the stories of artists paying back that way. ?When I look back, I now see what was normal for us just wasn’t ?normal?,? says Lisa retrospectively. But it’s also what gave Lisa her unique talent and vision. Coming next for the designer is her own retail outlet. ?I would love to open an amazing store in New York, selling directly to the consumer. Right now, we have a little store in our studio, which means people can come and really see what we’re all about. And see me, and we can really connect – that’s what’s important to me.?

Read this article and more in the new August issue of Image Magazine, which is now on shelves nationwide.