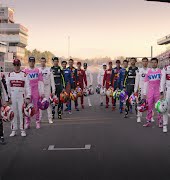 The London Irish Society’s seventh annual ball in aid of the Camden Irish Centre at the Grosvenor House which kicked off with a jazzy drinks reception at 7pm, continued in some form or another until roughly the same time the next morning. Dinner was more innovative than the standard hotel fare – an exotic fruit salad on mint coulis and coriander and crab consommé preceded the traditional lamb and potato main course.

Sometime around dinner, Donald Shaughnessy proposed to Mary Thornton, whom he first met at the ball five years previously. Guest-of-honour and speaker Eamon de Buitlear had plenty of wildlife to observe with spirited after dinner dancing, especially during the band breaks when taped traditional music transformed this corner of Park Lane into a ceili. He even joined in during “Le Freak C’est Chic” and seemed to have a brilliant time. At one stage, the crowd parted to allow Brendan Hegarty and a friend to re-enact playfully the fight scene from The Quiet Man, a great crowd pleaser. A midnight raffle was a clean sweep for English guests as the Irish went home empty-handed. Unlike most English balls, nearly everyone stayed until closing. In fact, a 30-strong party of committe members and friends retired upstairs to a complimentary suite where Fiona O’Boyle played hostess while another 70 stragglers headed for Motcomb’s nightclub in Belgravia.