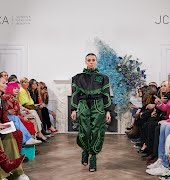 Adele is BACK! Well, we think so. The multi-award winning, Bond theme-singing songstress, took a well earned hiatus for a number of years and ever since, fans have been patiently awaiting her return along with a third album. Then, just this weekend in the middle of an X Factor commercial break, a 30 second clip aired in which Adele’s unmistakable voice could be heard singing some beautiful lyrics about heartbreak and healing (or the lack thereof). Though we’ve yet to hear from the artist herself, the BBC report that this is indeed a taster of what’s to come and Ryan Tedder’s tweet (of One Republic fame) just after the ad aired kinda gave it away.

Earlier this year it was reported that Adele would be back around November time with her hotly anticipated third album, 25. Reports say she was due to come back with the release (following her Skyfall hit in 2012) in 2014, however, fans will have had to wait a whole other year. Elsewhere, the album is said to feature collaborations with Pharrell Williams, One Republic’s Ryan Tedder and Max Martin.

Are you excited for her return?