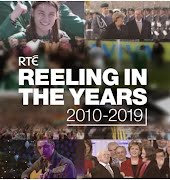 ‘I need to go on an extreme diet so I can look like the other...

‘It was like a monster came’: The silent suffering of adult children of alcoholic parents

With the launch of her book, Inside Out, actress Demi Moore has opened up about her struggle with alcohol and painkillers and how addiction shaped her parenting. But it was her daughter’s words that portray the reality of living with someone who is rarely sober.

‘I remember there’s just the anxiety that would come up in my body when I could sense that her eyes were shutting a little bit more, the way she was speaking. Or she would be a lot more affectionate with me if she wasn’t sober,’ explains 25-year old Tallulah, daughter of Demi Moore and Bruce Willis.

Daughter Rumer explains in a candid interview how she veered from anxiety to anger and back as she experienced her mother’s past addiction battles.

“It was very weird, and there were moments where it would get angry,’ Rumer said. ‘I recall being very upset and kind of treating her like a child and speaking to her like a child. It was not the mom that we had grown up with. It was like a monster came”.

The sisters were speaking during a family appearance on Red Table Talk  this week alongside their mother, Ghost actress Demi Moore.

For me, it was my mother’s voice that betrayed her when she was under the influence, an almost imperceptible change in tone before she disappeared down the alcohol rabbit hole, emerging sheepishly, then defensive. Self-loathing followed.

Growing up as a teenager with a parent experiencing alcohol problems dominates families. The presence and denial of addiction is a secret. It becomes like a scaffold for coping, the billowy shadow that holds the family together. Until it doesn’t.

And not only is the experience devastating. It is all too common. Claudia Black is a leading expert on adult children of alcoholics. She is also the author of It Will Never Happen to Me – a book about inter-generational drinkers.

She says that children of alcoholics grow up with three dangerous rules: don’t trust, don’t feel, and don’t talk.

There is no joy in being the coherent child to an incoherent parent with Live at Three in the background.

“Since the parents inflict so much pain on their families, they teach their children to suppress their emotions just to survive. Indeed, alcoholic parents are prone to angry or violent outbursts that (along with the drinking itself) they end up denying, and children in such a home may buy the delusion, themselves.

Since the children are inculcated to deny the reality around them, they develop a resistance to talking about urgent, important, or meaningful aspects of life”.

Protection against the monster.

Adult children of alcoholics are also prone to issues with control, meaning they have problems with intimacy, anxiety and fear of loss of control.

My monster was in the shape of arriving home to an empty quiet house at 4pm in the afternoon.

Everything was as it should be, except it wasn’t. There is no joy in being the coherent child to an incoherent parent with Live at Three on in the background.

Mothers are not supposed to be alcoholics.

So I controlled the controllable, escaped in inventive, non-damaging ways and plowed my own course with buckets of emotional intelligence and a watchfulness that has stood to me.

Luckily, my formative years had been stable and loving but despite an early grounding, not much prepares you for the disarray and despair that comes with a reversal of roles. Mothers are not supposed to be alcoholics.

Pain and anger are the hidden burdens of a child like me. That tug between loyalty and guilt. And even when alcohol dependency goes on to be treated, for years no one has been asking the adults, ‘And do you have children? And how is your drinking impacting on them?’

A ten-year study by the Priory clinic found that children reacted in one of three ways to a parent’s addiction: they became withdrawn, went into denial or used the experience to benefit themselves by becoming stronger.

They also struggled to develop strong personal relationships. The report summarised: “Their feelings about themselves are the opposite of the serene image they present – they generally feel insecure, inadequate, dull, unsuccessful, vulnerable and anxious.”

There was literally no one to turn to

Actress Geraldine James spoke recently about the culture of silence. “As children, we were never allowed to talk openly about our mother’s drinking I remember my brother being slapped very hard when he asked my father if she was drunk – ‘Never use that word in this house again.’

“I grew up feeling ashamed, frightened, lost, guilty and lonely; feeling unconfident, unsafe, unlistened to, unprotected, unloved, unlovable; feeling there was no one there, inside or out.” says James. “But there was literally no one to turn to.”

There is now growing support for this group – the children of alcoholic parents. It is mostly run by those who have been through the experience themselves. Those who understand the futility of pouring bottles down the sink and who know in a glance if someone has ‘had a slip’, those who don’t berate you for ‘giving up’ on someone.

Family impact therapy is now a major part of addiction rehabilitation so that finally, our words are being heard…by some.

Accountability comes hand in hand with recovery, a chance to ask why someone would chose a bottle over you.

There may not be answers, you may still get excuses, and you may never understand the pain that lead to someone else’s choices –  but at least you won’t feel so alone.

Read more: Motherhood: How to leave the house with two under two

Read more: It is ok to feel overwhelmed by being a mother

How to be the daughter of a complicated mother

DNA testing shows my sister is actually my half-sister. How can I tell her?

Mixing alcohol and motherhood: ‘I never want my children to feel unsafe, as I did frequently’