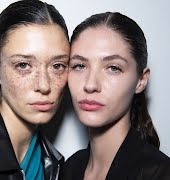 Jennifer Garner And Ben Affleck Are On A Ski Holiday

Sorry, but doesn’t the following sound like a Broadway-to-Alan-Alda-film-adaptation-from-1986? Ben Affleck and his ex-wife Jennifer Garner are on what to all intents and purposes looks like a couples holiday with Tom Brady and Gisele Bundchen. They are all enjoying a ‘ski vacation? in Montana, Page Six reports.

Jen and Ben have brought the children to Yellowstone Club in Big Sky – I love American place names – with Gisele and Tom as well as CBS journalist Sharyn Alfonsi and her husband Matt Eby joining them. They are probably all getting along just fine, but we imagine Tom is feeling the edge. After all, The Nanny joined Tom and Ben on a jet that time and there were photos of her wearing his Super Bowl rings. Super Bowl rings – another reason the land of the free sounds gas. That’s the reason Giselle’s hair is so lush and big – she has so many secrets, and her diet is probably loaded with folic acid.

According to the gossip site both couples engaged in ‘some serious apr’s-ski?, drinking bloody marys and bourbon. Gisele ate nachos.

Is this a sign Affleck and Garner are reconciling? Sources told Page Six that Jennifer ‘doesn’t look like she’s harbouring any resentment? but that there didn’t seem to be any ?lovey-dovey? behaviour. Another source stressed that they are not getting back together and merely putting the drama aside for the benefit of the kids.

Sorry to disappoint you, but it doesn’t seem like a Patrick and Jillian Dempsey reconciliation is on the cards.