The Irish Woman Behind Florence + The Machine’s Book Club

Celebrity-fronted book clubs are not a new idea. In fact, in 2016, they are all the rage. Emma Watson, Reese Witherspoon, and Mark Zuckerberg are just some of the public figures who have started their book clubs, but one musician and a young Irish teen preempted the phase four years ago.

It began as the brainchild of Dublin-based Leah Moloney; wanting to connect with Florence Welch, the multi-talented front woman of Florence + the Machine, through a shared love of literature, music, and the arts. The singer expressed a desire to start an online book club on social media thanks to her near-obsession with the written word and Moloney, then just 15, saw an opportunity to help the singer in this regard, as she too, was a self-confessed book worm.

It all began in July 2012, when Welch tweeted a picture of herself in front of Portland’s independent bookshop Powell’s, with the caption “Booksbooksbooksbooks? and Leah tweeted this in reply:

“I have always looked up to her, and I?thought it would be great if she had a proper book club,” Leah told IMAGE.ie. “So, I just took initiative and replied to her saying we should start a proper book club where fans could come together and read books based on those that meant a lot to Florence.” Leah admitted that she didn’t take the suggestion too seriously and in the beginning, she didn’t expect the singer to notice the one tweet among the thousands she receives. But see it she did.

“Flo basically got in touch and said ‘This is an amazing idea, I wanna do it’ and we slowly got it off the ground.” ?Like all good things, it took a while to grow, but now you can’t miss the book club’s presence on the web. And what does it feel like to have preempted the digital book club, something that is now a very mainstream idea? “What I love is that reading is now seen as a great thing to do; it’s ‘in’ again. And myself and the girls who run the club alongside Flo just love that we’re encouraging followers to read amazing, often life-changing works and that people are responding and enjoying the process as much as we are.” 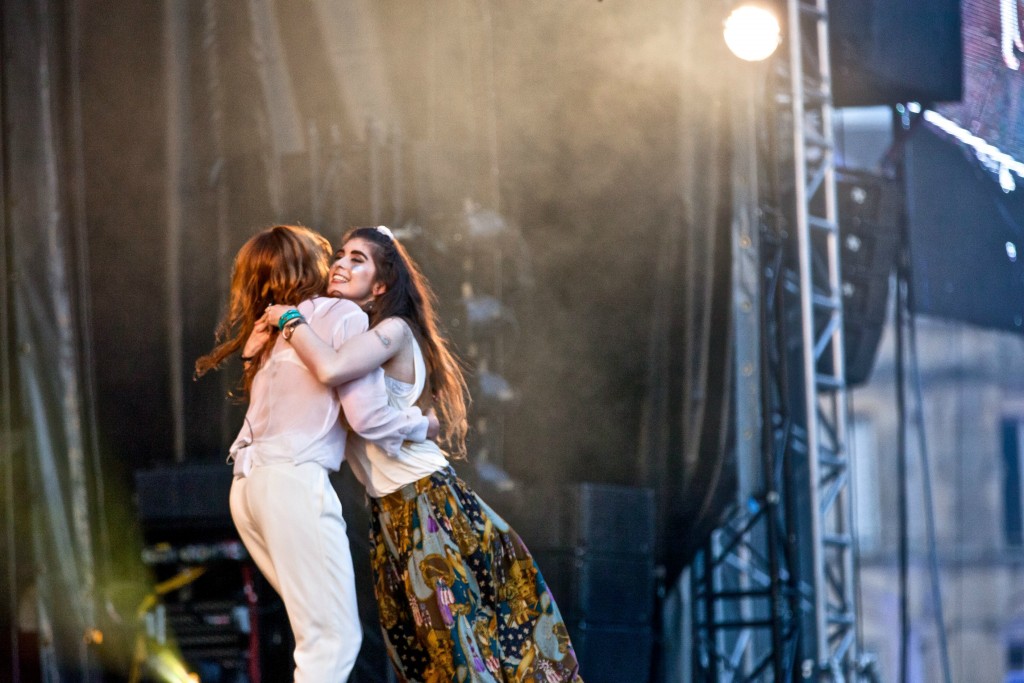 After a few tweets and four years later, Between two Books – a name Leah came up as a pun?based on Florence’s Between Two Lungs?track?- is a fully-fledged reality with over 46,000 Instagram followers and thousands more on Facebook and Twitter. It’s very much a team effort, ?run by Leah, Heather Hale from Canada and Abbie Whitehead from London – “two very talented and hardworking girls without whom the club would be nowhere; they are the glue that holds us together!” – in full collaboration with the singer herself and together, they encourage their followers to celebrate the sheer joy that comes from reading a wonderful book.

Huge consideration goes into each recommended book and projects the group take on. Any fan of Florance’s knows the importance of her emotive, beautiful song lyrics, so the same care is taken when choosing a novel that they hope will resonate with everyone. “Flo is so literary, so it’s really wonderful to get an insight into the works that have meant the most to her,” Leah continued. So far, they have chosen a mix of classic and new titles as well as a poetry selection, from Their Eyes Were Watching God by Zora Neale Hurston to The Great Gatsby by F. Scott Fitzgerald, Not That Kind of Girl by Lena Dunham,??Salt by by Nayyirah Waheed, and Your Voice In My Head by Emma Forrest?- a particular favourite of Leah’s.

READ – MORE – BOOKS Florence with our current read ‘Last Exit to Brooklyn’ by Hubert Selby Jr. As recommended by @batforlashes ?

The 19-year-old explained that the entire project has been nothing but a labour of love as she gets to work and collaborate with a singer and musician for whom she has the utmost respect and admiration. The pair has formed a friendship and bond due to their love of art, books and music and it’s clear when talking to Leah, that this means the world to her. “It’s truly been amazing to meet her and talk about the book club and all the different things we love,” Leah said of the whole experience.

Outside of her book club duties, Leah admitted there aren’t enough hours in the day to fit everything else in – she’s currently studying Psychology full time in Dublin and is a keen traveller – but said she wouldn’t change a single thing over the past four years. Another personal highlight has been connecting with millions of fans around the world, forming friendships and helping lift people up when they need it most. “Many have said knowing Florence was reading the same book made them feel more connected, so it’s fantastic to see that the book club is making a genuine difference and positive impact on people’s lives.”

The club has exciting things in the pipeline, but we’d never spoil the surprise.

For now, why not take this weekend to browse the club’s selection of brilliant books, and experience the thrill of reading words that unite and touch the soul.