This week on Pinterest, we’ve been appreciating’seating in sets…

I would like to know?when being ‘matchy-matchy’ became a bad thing. One minute, employing diligent colour co-ordination and a coherent sense of style was commendable – admirable even – the next, it became a putdown. Where was I when this happened? (Hint: probably on Pinterest.)

Eclectic design with a free-form boho feel seemed to sort of take over overnight, so that for a while nothing matched and yet everything did – countered at the other end of the spectrum by a defiant, design-centered minimalism.

In opposition to both busy, all-embracing design styles as well as the idea of an austere space built around one commanding central element, a trend that I love at the moment is?a fetish for furnishing a clean, considered living space with a matching set of stylish statement chairs. 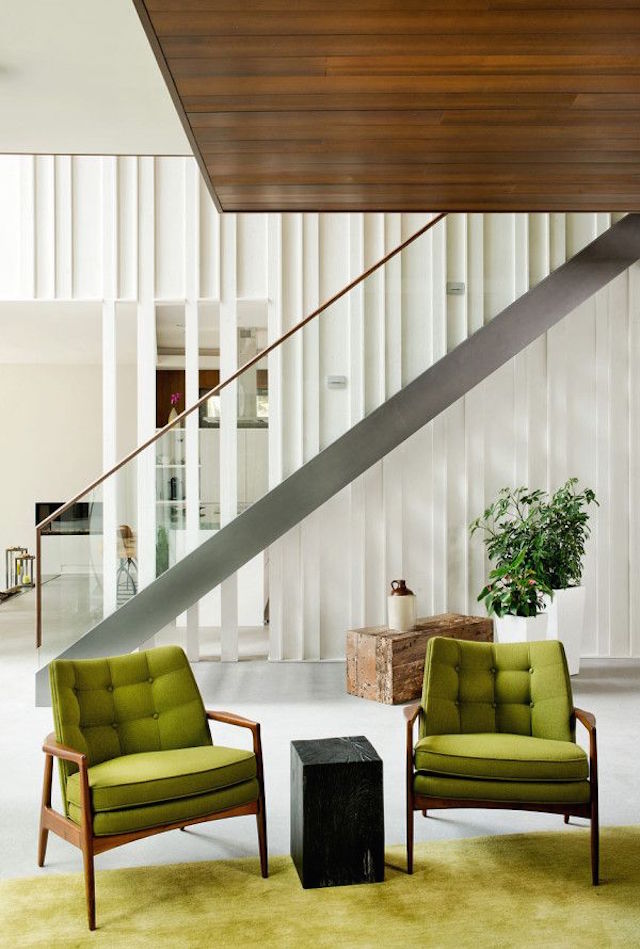 In the downstairs living area of this eco-friendly Canadian lakefront chalet by Boom Town architects, two olive green tufted armchairs flank an unusual wooden side table. The chairs and rug anchor the potentially cold, poised quality of the rest of the space and create a sense of’domesticity?that would otherwise be lacking. 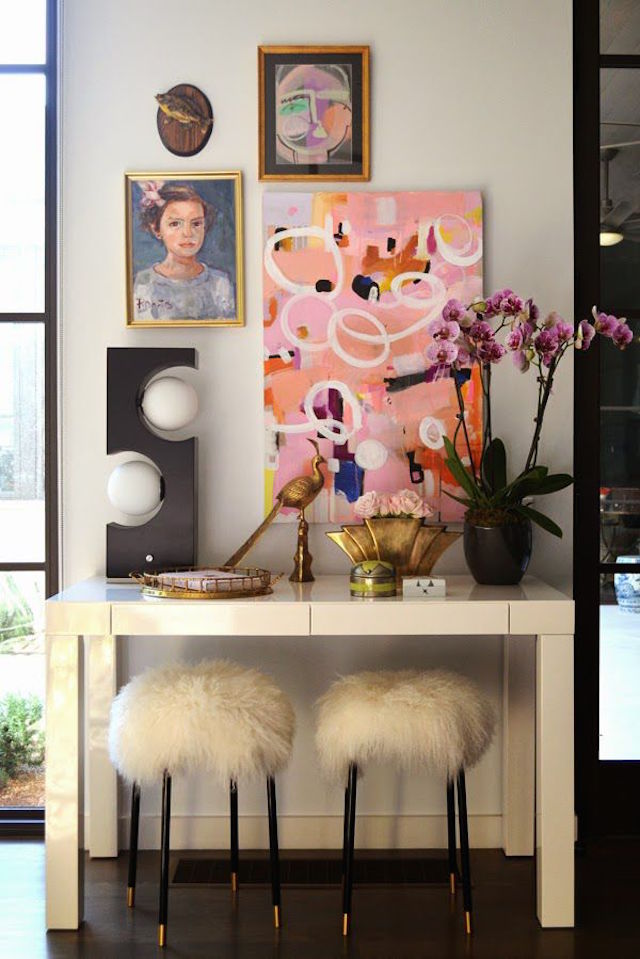 This designer?has managed to do so much with one sliver of bare wall space. I?love the idea of a classic console table doubling as a work or writing desk – or just a place to sit and admire a carefully curated gallery wall like this one, spotted on Apartment 34. One of these?cute, gold-dipped’shearling stools would have added a taste?of contemporary glamour to this little slice of design?heaven, but, for some reason, having two makes the look more complete. 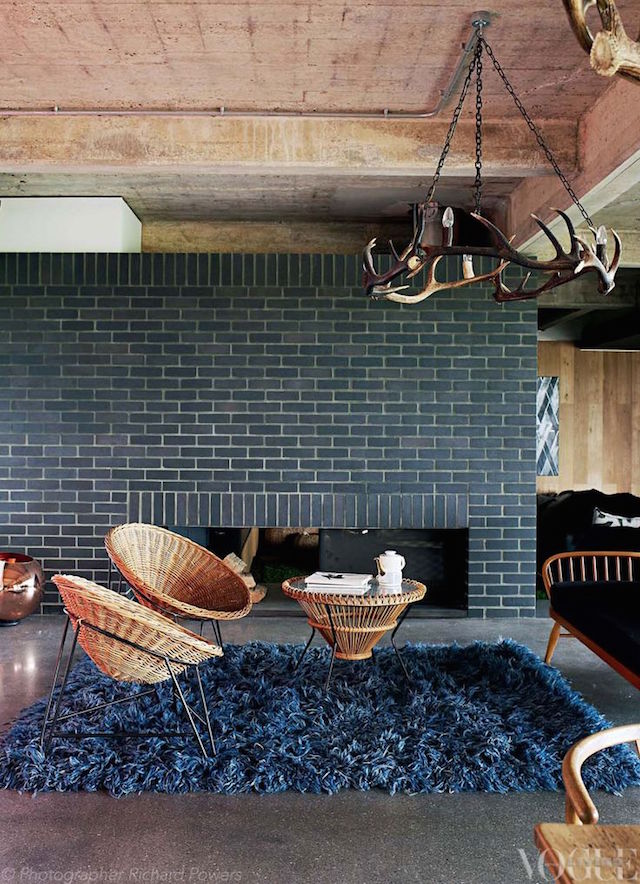 This living room is part of an eye-catching family home built inside a disused reservoir,’revealed in?a shoot in a 2013 issue of Vogue Living. Surprisingly inviting?for what is essentially “a bare concrete box”, it is somehow rendered endlessly liveable by a few skilful soft touches in the form of a pair?of conical chairs, accompanied by a shadowy shagpile rug. (Photograph:?Richard Powers.)