This week on Pinterest, we’ve been eyeing up some scrumptious celebrity kitchens…?

Dianna Agron may have shown Domaine Home that she likes to cook?up a storm???but if I were?a celebrity, I’d have my doubts as to whether I would get much use out of my kitchen. I suspect?there would just be too much jetsetting to be done. As it is, I’m lucky if I produce a home-cooked meal a week whose main ingredient isn’t’somewhere on the pasta-family tree. But still, a girl can dream.

From what I can tell from Pinterest, one of the main perks of being a celebrity seems to be that the kitchen you never use is nothing short of fabulous. Here?are just a few I’d happily prepare a respectable?carbonara in… 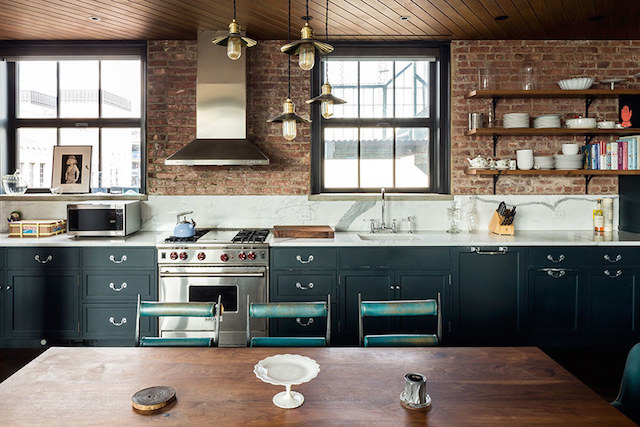 Such is the beauty of Kirsten Dunst’s one-bedroom New York apartment that when she put it up for rent last year, it showed up on Architectural Digest‘s website. The idea of hanging out in a prewar building in’downtown?Manhattan is generally okay with me, but I particularly love this kitchen. An intriguing hybrid of?informal and industrial, it’s somehow more inviting than I would have expected. And exposed brick might seem pass? to some people, but for me it will never get old. 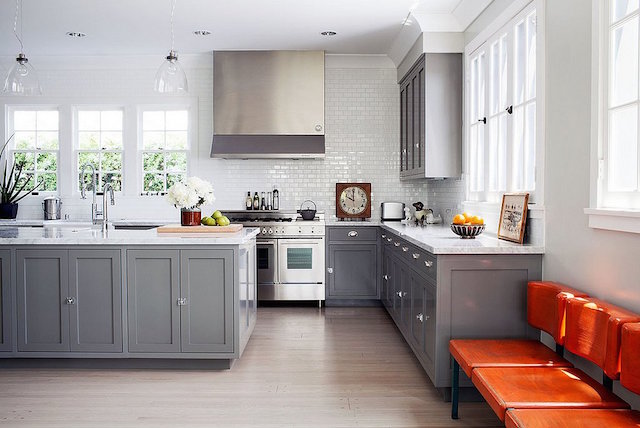 What surprised me most about actor Michael C Hall’s kitchen is how Dexter-ish it is. I like it, especially the mid-century orange bench (which he told Lonny magazine originally came from a German university). But all that sleek grey and chrome does bring forth a certain echo of Dexter‘s creepy opening credits. I’m going to go out on a limb (Dexter pun) though and say that the similarities between Michael and his character probably stop after their taste in interiors. 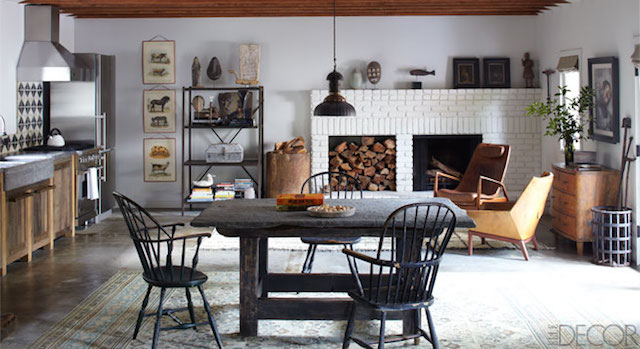 Ellen DeGeneres and Portia de Rossi may have moved on from the ranch they used to own in Santa Monica, but I haven’t yet. With an authentically comfortable feel and an Ib Kofod-Larsen armchair nestled by the fireplace, it has a lovely, lived-in vibe.

If you haven’t already, don’t forget to?follow us on Pinterest?for more home envy.