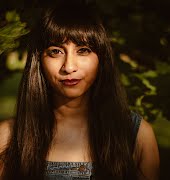 ‘My home is suffocating, the ash from the crematorium raining down on those who survive’

This Victorian home in Skerries with sea views is for sale for €975,000

Gwyneth Paltrow ‘broke down and ate bread during quarantine’… and Twitter has a LOT to...

6 AirBnb cabins around Ireland we’d love to escape to

News that Gwyneth Paltrow was living apart from her new husband Brad Falchuk might be the result of modern relationships which can see ‘traditional’ rules go out the window, but it’s refreshing says, Jennifer McShane. She spoke to two couples who have been doing this for some time, with mixed results.

Actress and Goop founder Gwyneth Paltrow doesn’t get enough credit. Sure her ‘consciously uncoupling’ was said so much in the media that we all automatically rolled our eyes at its very mention but she was ahead of her time in many respects; controlling her own narrative – getting her version of events out before a tabloid could.

When she got married earlier this year, she uploaded all the photos from the big day to her website. She decided what should be seen. Paltrow knows that she is very much a commodity – a brand – and that comes with its own set of rules but these small acts are refreshing. Here is a woman who knows the power she wields – and intends to use it to her advantage.

Related: Why the saga of Gwyneth, Apple and Instagram is important

Some of her Goop-related concepts are decidedly bizarre and in some cases, not recommended (please ladies, never steam clean your vaginas) but she speaks much sense too. I’m here for the news that she and her husband Brad Falchuk only spend four nights a week together. The remaining three nights see Brad stay with his two children from a previous marriage.

Speaking of their blended relationship, Paltrow said: “Oh, all my married friends say that the way we live sounds ideal and we shouldn’t change a thing.”

Part of her reasoning? To maintain “polarity,” or keep the relationship exciting.

There are many pluses to this arrangement. Breathing space, bed space (crucial), control over Netflix and importantly, extra time to miss each other. Former couple Helena Bonham Carter and director Tim Burton had their variation of this in conjoining houses. It’s refreshing and can see each couple get the breathing space they might need.

It’s also a very modern trend known as Living Apart Together or LAT.

“The older you get, the more established your life is, and the more content you are with it. As a result, older singles often look for more ‘part-time’ partners who they can spend occasional days and evenings with, rather than full-time live-in partners,” says Vogue relationship expert Charly Lester of the trend.

A break from tradition

So much pressure comes from having to do what’s expected. Meet The One, move in, buy, the house, plan the wedding, have the children. In Ireland, there are, in this humble writer’s opinion, particular expectations which see that each of these should get ticked off in a timely fashion. But the dating landscape is no longer traditional. We’re swiping left, right or not at all. We’re having children later, staying single longer, putting off buying houses (thanks to insane costs).

And if we are part of a couple, who says it has to be the same way as everyone else?

Twenty-five-year-old Aoife says she and her partner found the opposite when they had to live apart. “I think the issue was we never talked openly about it before my partner decided to take a temporary job really far away from where we were based. Looking back, there were a lot of insecurity and trust issues which came to a head. Probably just as well there was a catalyst to bring this to the surface.

“I found my partner was quite poor in terms of staying in contact and I felt I had no emotional support when I was going through my own stresses. I get that living separately really works for some people but we weren’t the type of couple it benefited,” she explained.

Thirty-two-year-old Jenna says she met her boyfriend of two years while backpacking. “We’re both addicted to travel so we’ve never felt the urge to settle down, even after we met. We holiday and explore new places together but for much of the year we’re apart – we work in different countries and only see each other every second weekend. He isn’t too far in London and the arrangement works for us. We’re not finished travelling yet and just can’t face the thought of a mortgage in Dublin the way things are currently.

“We hope to live together more full-time down the line but my job also has me travelling a lot as well so we may never see each other seven days a week,” she explained. “Yes, there have been a few raised eyebrows from certain family members, but we’re really happy and constantly in touch – I think it only works if a couple is on the same page in every respect.

“I can vouch for Gwyneth Paltrow because when it works, it really works!”

‘I need to go on an extreme diet so I can look like the other three’: Jesy Nelson is tired of being pitted against other women