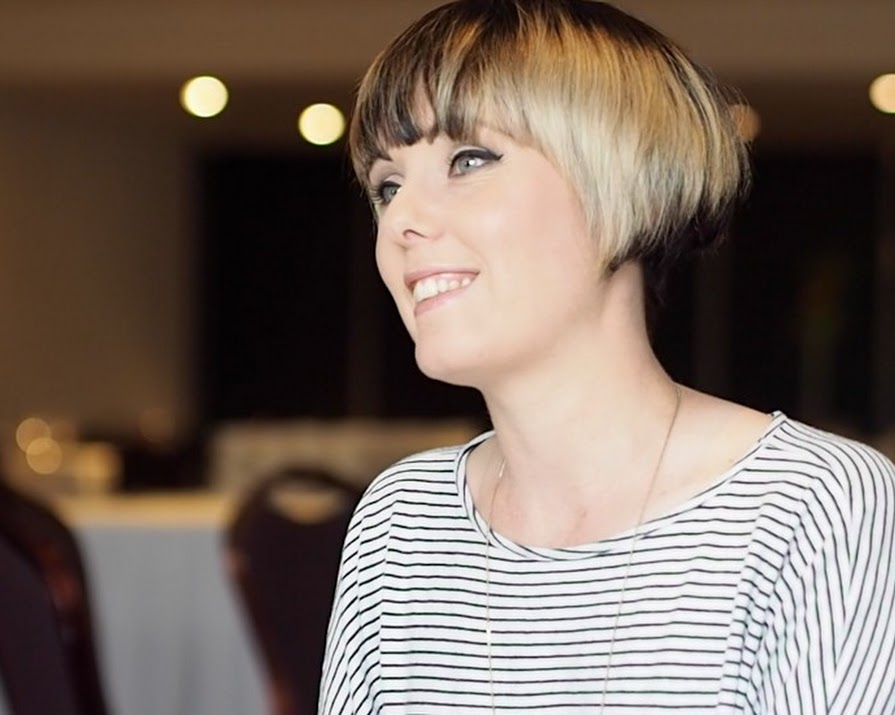 Street art has been given a newfound and divine respect lately thanks to its positive use of forward-thinking social change. It’s without a doubt growing in scale and popularity, and even marketing advertising agencies are jumping on the bandwagon. Ideologies and political views aside, however, it’s first and foremost an art form and it bringing a splash of colour to our concrete jungle. We met street artist Jessica Tobin in her natural environment; surrounded by cans of spray paint and coloured walls in the back of the Bernard Shaw pub.

Art is big in my family: I’ve been drawing since I was a tiny little kid. I got my first watercolour set when I was seven from my communion money. I’ve always been drawing. My parents are really artistic and because of them I really wanted to go to art college.

I went to NCAD and did a degree in ceramic design and then I went on to Ballyfermot College of Further Education. I love drawing fashion, faces and people. Apparently,?I’ve always had an interest in graffiti that I didn’t realise I had. I love drawing – drawing is my thing

How did I go from ceramics to graffiti? Through the youth work that I was doing I ended up being exposed to street and graffiti artists and in my own time I would try it out and give it a go. Next thing I knew I was being offered space at a graffiti event to show off my work *cue panic*. I practised on boards in my back garden and it went from there really!

I go by the name NOVICE. Firstly, everyone needs a street art name. I go by the name Novice because when I started out I was brand new to the scene so Novice seemed fitting. But more so I’m really into Buddhism, and I believe in the idea that we’re always learning. There’s a great Buddhist quote that goes ?in the beginners mind there are many possibilities. In an experts mind there are few?.

?As an artist,?I’m constantly learning and evolving. You’re never really an expert at anything; you’re always a novice. I think it’s a healthy way to approach art.

I’m a part of the Mnaw Collective. It’s actually ‘mn??, which is the Irish for woman, but we’re not all from Ireland so we spelled it differently. Its a bunch of female street and visual artists who occasionally paint together. A lot of us were crossing paths a lot so we thought it would be nice to have a collective. Its supportive and you have more strength in numbers. Initially I think people thought it was a reaction the male dominated scene, but it wasn’t.

?Street art and graffiti is an art form. I suppose people think of it as vandalism because there are a lot of people who disregard the art form and destroy buildings and walls. For me, I think it’s amazing and there is so much talent here.

?Positive social change through the medium of street art? Yeah, people seem to really like it and although it’s not there for a very long time, people seem to pay more attention to it. Street art has always been used for social change though, hasn’t it? Ever since the equality campaign people have been all over street art; which is brilliant. James Earley has really blazed the trail for the rest of us to ride his coat tails. He’s done some amazing projects in Dublin that make people really appreciate street art.