?I’m Lonely Every Saturday Night? ? J-Law On The Downsides Of Life In The Public Eye

From the outset, it seems as though celebrities are truly living their best lives. There’s endless fame, fortune, designer gowns and the free stuff. But amidst all the glamour, it can be easy to forget that at the heart of every story, is a very real person, just trying to make their way through this crazy thing we call life. Granted they have extraordinary jobs, but many are quick to scorn their attempts to even sound relatable. Often this is fair, sometimes, not so much.

Jennifer Lawrence is one such relatable public figure. ?She could be one of us,? is what we frequently chant at the screen. She occasionally mortifies herself by falling flat on her face at important events (we’ve all been there), isn’t afraid to quell?embarrassing hygiene?rumours?and is willing to make a stand for equal rights amongst women. We also have major props to her for speaking out about widely felt issues such as anxiety. She is a role model in every sense of the word, and her latest opening up on her struggle to find love has really struck a chord.

Covering the December issue of Vogue, J-Law was candid about the loneliness that comes with world fame and adoration.

?No one ever asks me out,” she said. “I am lonely every Saturday night. Guys are so mean to me. I know where it’s coming from?I know they’re trying to establish dominance?but it hurts my feelings. I’m just a girl who wants you to be nice to me. I am straight as an arrow. I feel like I need to meet a guy, with all due respect, who has been living in Baghdad for five years who has no idea who I am.” 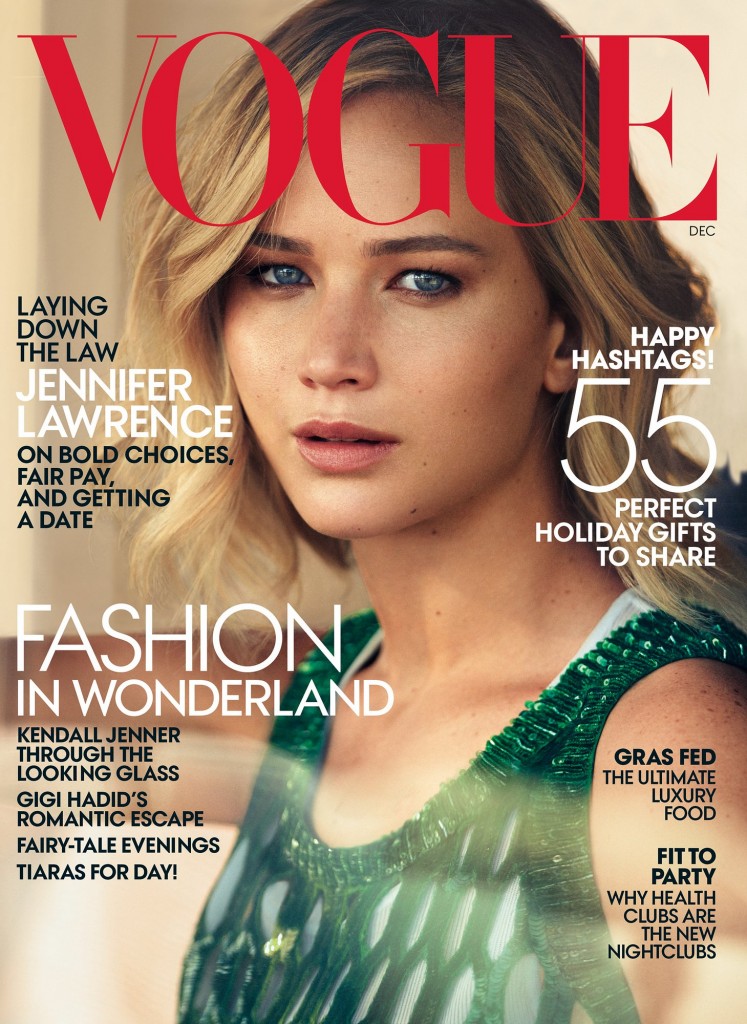 There is something genuinely forlorn about her comments, and her words will resonate with anyone going through a similar endeavour. Some might say her worries are small, and even if this is the case, loneliness can be harrowing to endure. (Also, what’s with the guys being mean? This is not cool, lads).

And like many, The Hunger Games star dreams of a white wedding. “I can’t wait to be married,” Lawrence confessed. “I feel like if I find that one person who I want to spend the rest of my life with, who I want to be the father of my children, that I would absolutely not f**k it up.”

“But I’m also not banking on that,” she added.

And in typical J-Law form, she came out with this, which if you’ve been single for any lengthy period, you will understand: “Literally zero magic has happened in here [her bedroom]. Cheers to my hymen growing back!”

She also mused on her previous dating experience and her experience of a relationship with a man she describes as “sexy”, admitting, “I didn’t like how he made me feel. When someone makes you insecure, it’s strangely exhilarating because you keep trying to fight for that validation.”

We can all be quick to judge, but naturally, a life of glitz and glamour doesn’t equate to a life of happiness. The actresses? words act as a stirring reminder that perhaps we could all think twice and pare back future assumptions that anyone (celebrity or not) has the life of Reily.

Though we’re betting after this, the talented star will be bombarded with date requests.

As an aside, her impersonations of Britney Spears and Kate Moss are hilarious:

Watch this on The Scene.