INTERVIEW: ‘I knew 2 people and I couldn’t drive when I first arrived in LA’ — Galway-born Eimear Noone, Oscars’ first female conductor 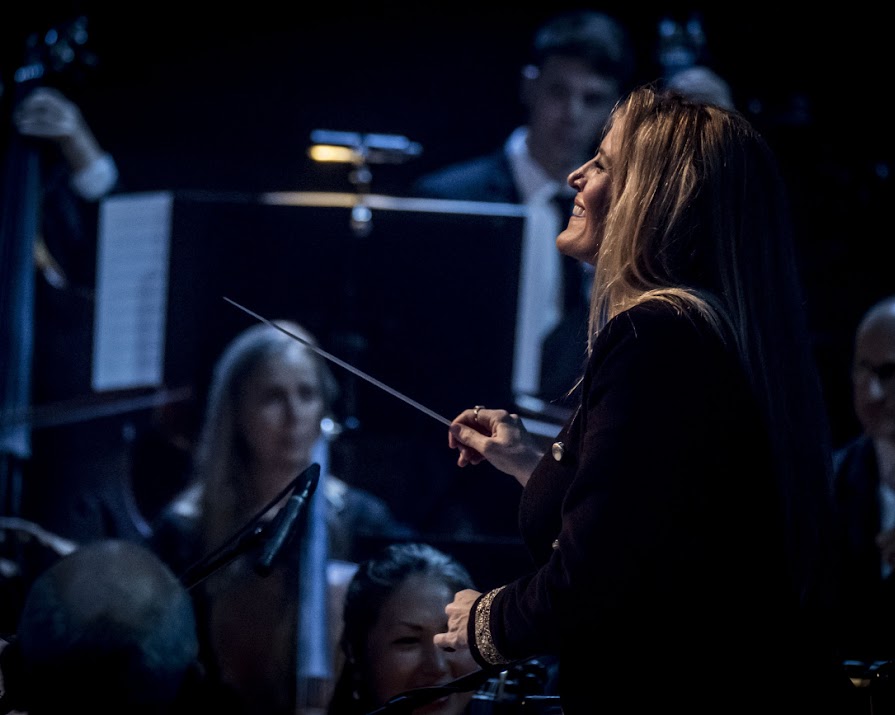 Galway-born Eimear Noone will tonight become the first ever woman to conduct the Oscars’ orchestra. IMAGE caught up with her to chat about preparation, opportunity and the long and arduous road to success.

Eimear Noone, who tonight will became the first ever woman to conduct at the Oscars, doesn’t believe in shortcuts.

It might look like she was plucked from obscurity to lead the 42-part orchestra at the 92nd Academy Awards, but the reality, she tells IMAGE, was rather more run-of-the-mill.

“It’s an overnight success story… after 20 years of work,” she quips.

“I’ve been working and living in Los Angeles for 15 years and putting one foot in front of the other and going from one project to another project and trying to do the best I can each time.

“It is such a slow burn and it’s about keeping your side of the street clean and being prepared. And the only way to be prepared is constantly going from project to project and constantly honing your art and your craft and doing the really hard slogs.”

There is no easy route to success in Hollywood, but Eimear, who was born in Kilconnell, Co Galway, reckons she took the hardest route possible.

“I’m a horrible networker,” she laughs. “I only leave the house to go to work! I’m so poor at it, it is just unbelievable. I would not consider myself a social animal at all.

While Eimear doesn’t believe in shortcuts to success, she firmly believes that everyone needs someone to champion their work.

In her case, that champion was Oscars music director (and Whitney Houston’s longtime collaborator) Rickey Minor. The pair previously worked together on a small project and though they only spent six hours in each other’s company, it was clearly enough time for Eimear to make a strong impression.

Rickey called her just before Christmas to invite her to perform at the Oscars and the rest, as they say, is history.

“Rickey Minor is the best there is so I’m going to love every second of working with him,” she says.

She’s equally grateful to the Oscars’ two new producers, Lynette Howell Taylor and Stephanie Allain. “They are both amazing creatives who have absolutely paid their dues in the industry a thousand times over.

“Their philosophy is to use their moment in the sun to elevate and celebrate other female artists. They are just unbelievably inspirational women.” 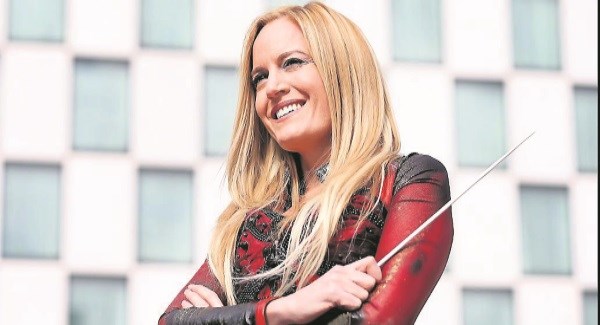 Eimear, who was the first female to conduct at Dublin’s National Concert Hall, is best known for her work as a video game and film composer. She won a Hollywood Music in Media Award award for World of WarCraft: Warlords of Draenor in 2014 and she’s currently scoring a film produced by Moe Honan of the Galway-based Moetion Films.

“It’s an absolutely beautiful, moving, endearing animated feature,” she says, “and Moe is just a force of nature. I can’t get over her — she’s just amazing.”

They’re recording in three days’ time but for now, Eimear is focussed on one job and one job only.

The orchestra will tonight perform excerpts from the five nominated scores.

“Most of my preparation is done on my own sitting at a table,” she says. “It’s very dull really. It’s analysing and memorising the music. I do it on trains, I do it on planes, in hotel rooms…

“I have so many old friends and colleagues in the orchestra itself and I know they’ve seen me put in the hard yards as well. It’s a very happy place to be when you feel you have your musical family with you on stage and you’ve been in the trenches together. It’s a special experience.”

Her other preparation involved finding something to wear. She chose avant-garde, Dublin-based designer Claire Garvey and while she’s tight-lipped on the finer details of the ensemble, she says it’s “like nothing anyone’s seen on a podium in their lives”.

“Claire and I, we’ve done things for the stage before and, honest to god, every country I’ve gone to where I’ve had the privilege of meeting the audience, [it’s] ‘Who made your clothes?’

“I am sick to death of writing her name on random slips of paper and handing them to people! This is my way of never having to do that ever again.

“There is so much talent in Ireland and when there is an opportunity to have two Irish artists on the stage instead of one that is double the impact.”

As for her advice for other women pursuing a career in the creative industries? “Find a little mantra for yourself,” she says.

“One quote that I read that meant so much to me is Socrates ‘Know thyself’, because people don’t know you and they don’t know what you’re capable of.

“Listening to constructive criticism is important for anyone’s development but listening to the naysayers is the absolute death knell to anyone’s spirit.

“It will take whatever time it takes but going deep down and saying, ‘I know I can do this’ is so important.”

Read more: 5 Oscar-nominated films you can watch on Netflix now