House Tour: This family home was brought back from the brink

A fire-damaged period house in Dublin has been transformed into a luxurious family home.

When a young Dublin couple bought their Gothic Revival home in Dublin, it was far from turn-key condition. Quite the opposite – the period house was badly damaged by fire, and while model Isabelle Traber and her husband could see the potential beyond the magnificent stone facade, there were days when she wondered if the whole idea was a little mad.

“We loved the architecture, the scale and the setting, but there was a huge amount of work to undertake. Even after months I’d look through a window opening at all the scaffolding and builders, and wonder if it would ever transform into a home we’d love?” 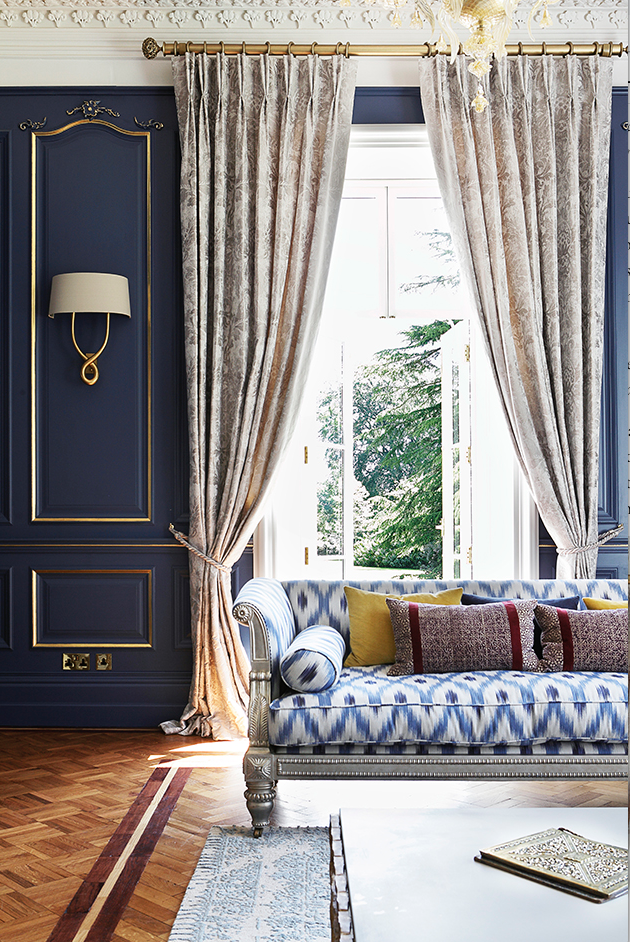 Happily, her dreams came true, with more than a little help from architect Peter O’Donnell of Dalton+O’Donnell and interior designer Tonya Douglas of Little Design House. Isabelle and her husband met Tonya when she was hired to redo the home they’d recently sold. “We went to see the revamp and loved what had been done.” They liked the practical changes she had implemented, such as reusing space, and Tonya’s skills were put to good use in their new home. 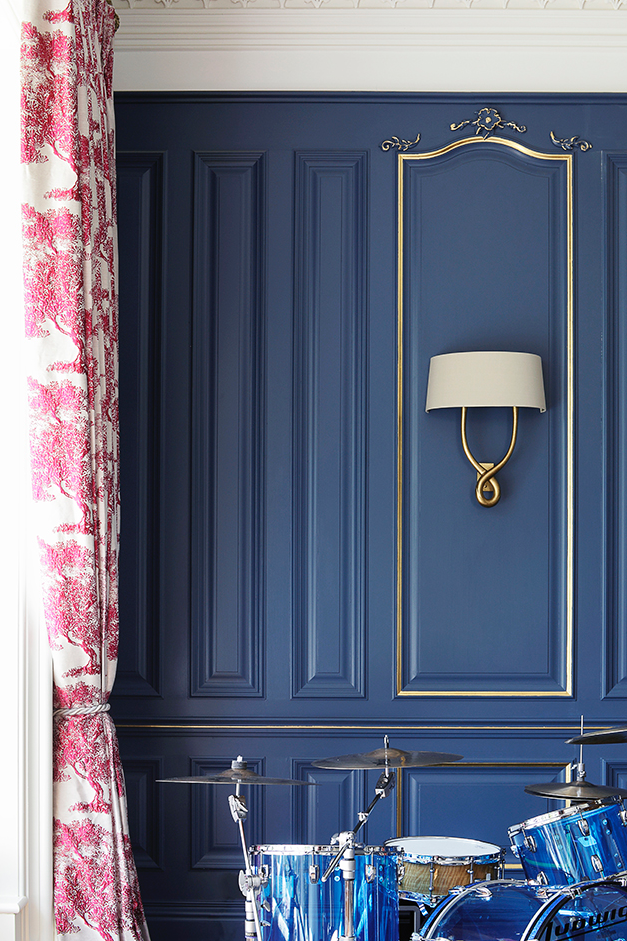 There was still scaffolding up when Tonya came on board. “Because of the house’s large size, I was determined to make use of every room, not just have spaces sitting there and not getting used.”

The size of the project was challenging, as were the couple’s differing tastes. “Isabelle’s husband is more traditional, while she favours modern design and clean lines,” Tonya explains. “My challenge was to blend the two, so the brie, in the end, became traditional with a modern twist.”

With Tonya in London, Isabelle in Dublin and Isabelle’s husband frequently overseas, logistics were tricky. “We had to be well organised and work with the architects too. Peter O’Donnell was involved at every stage and they were the project managers. The main contractor was on site for two years, and there were a lot of tradespeople on site every day as well.” 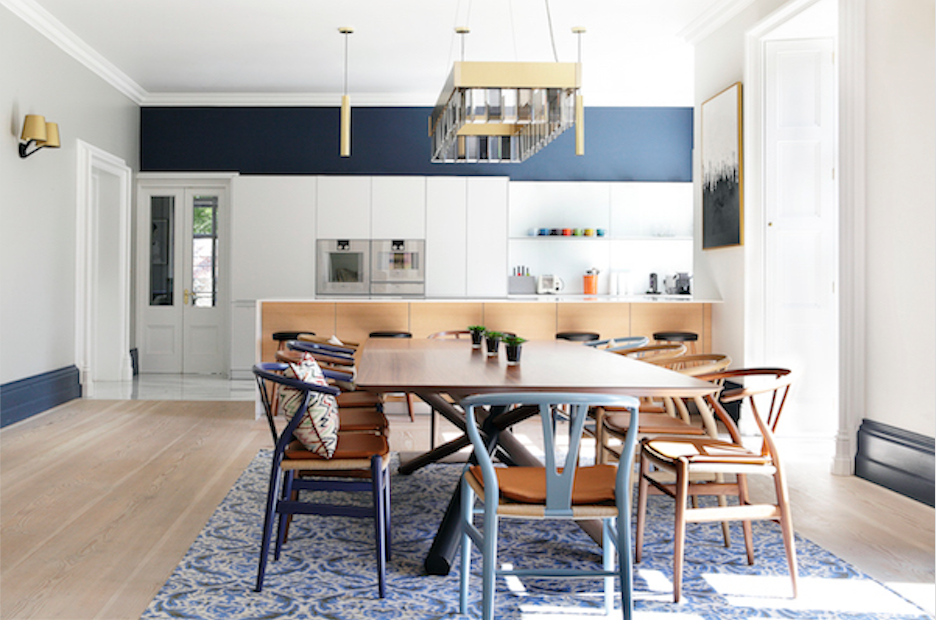 The kitchen proved the most challenging, as the owners changed their minds halfway through. “They were going to go with a mix of styles like everywhere else in the house, but then decided to go whole hog modern.” The Bulthaup showroom not only inspired their kitchen units, but also the flooring. “Bulthaup always have Dineson flooring in their showrooms – these are very wide Danish boards – and when they saw them in the London showroom, they fell in love with the look.” 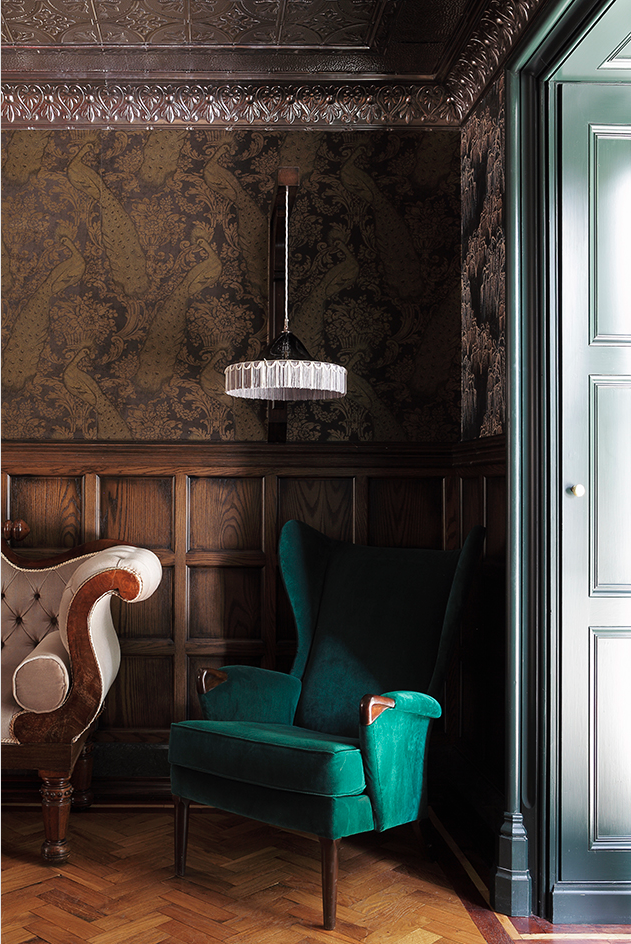 The bar is a dream den, a luxurious hideaway tucked off the orangerie and inspired by his travels for business. “He knew what he wanted. He loves hotel bars and firesides.” The Vintage Cocktail Club was the first name mentioned to Tonya, and she found herself there doing a recce one Tuesday night. Both the orangerie and bar were an extension of the original house, so they worked hard to make it look like both were always part of the property. 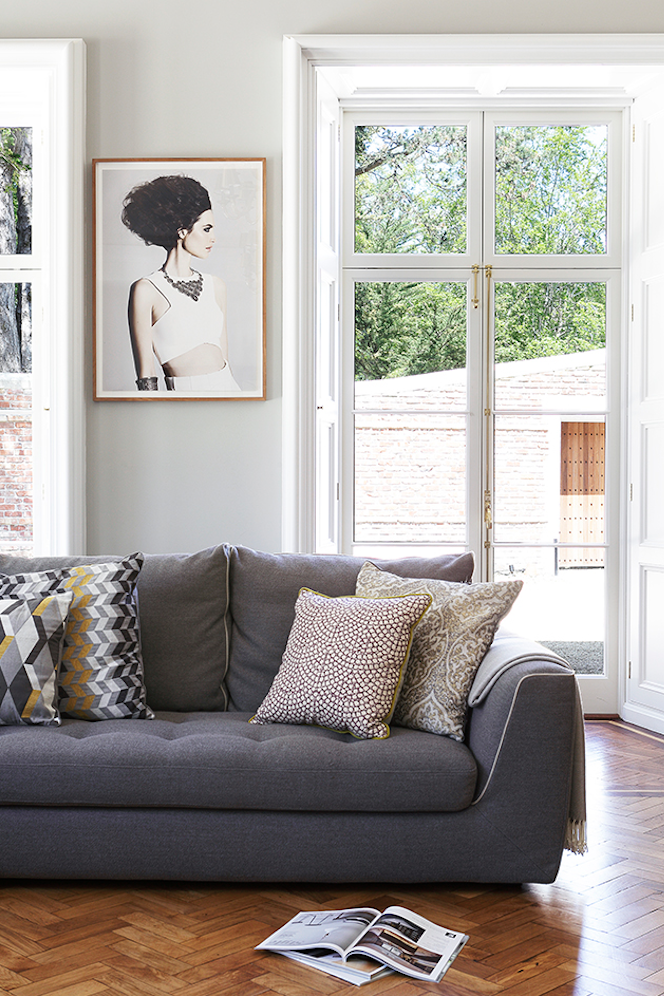 The couple’s love of travel is most obvious in the Venetian themed master bedroom and spectacular en suite. “We travelled on the Venice Simplon-Orient-Express to Venice after we got married and fell in love with the city,” Isabelle explains. Its opulence, including the legendary Hotel Cipriani, proved an inspiration for the decor. 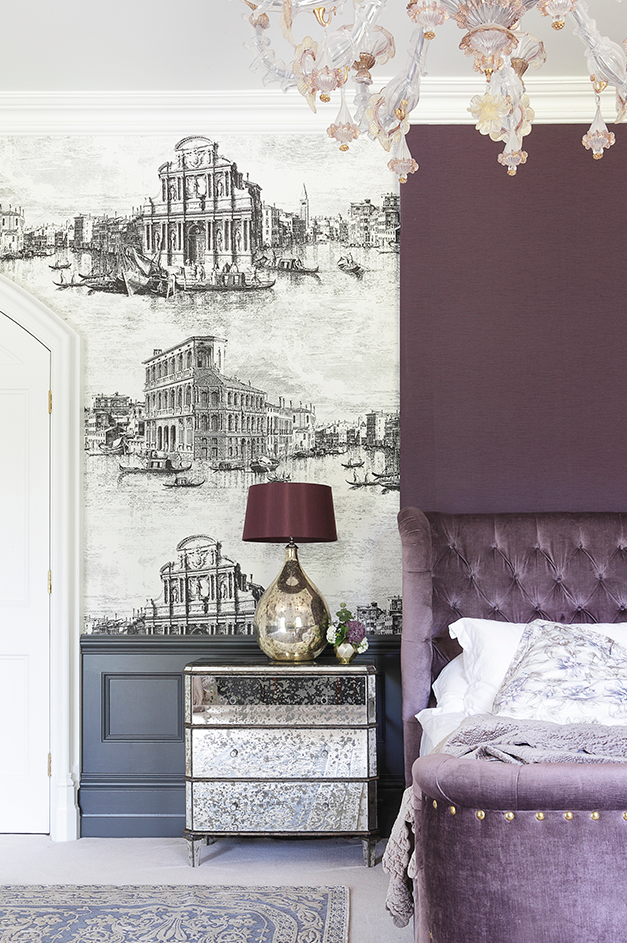 From marble details and bespoke mirrored furniture, Murano lighting and the unusual Venetian-print wallpaper, not to mention the eight-foot wide bed and walk-in wardrobe, it’s a luxurious and distinctive theme. Where Tonya designed many things for the house, the architects were brilliant in finding the people to make them and sourcing the right materials. 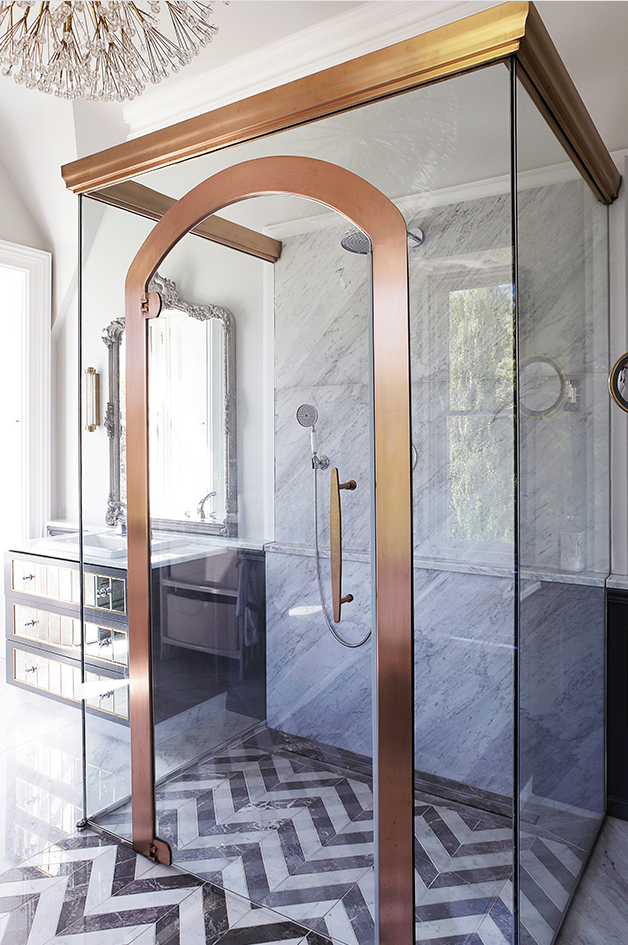 The couple moved into their dream home in December 2014 and have since had a second child. Isabelle is delighted with the finished result and admits that while she loves the Murano chandeliers, the Roche Bobois Mah Jong sofa (pictured top), which her children adore, too, is probably her favourite item in the house. “It’s an expensive piece to let kids play on,” she agrees, “but it’s easy to see why they’re so drawn to it!”