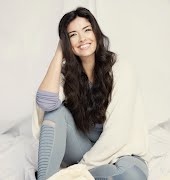 Hit Me Up: I am a single Mum in my late thirties wondering if I’ll ever find love again

Each week our resident agony aunt Rhona McAuliffe helps a reader with a problem. This week, a single woman seeks advice about

I am a single Mum in my late thirties wondering if I’ll ever find love again. I had one 8?year relationship which ended when I was thirty. After that I had a couple of flings and a five?month relationship with the father of my child. He wasn’t interested in being a Dad, or staying together – neither was I – so I made a very conscious decision to have the baby by myself. It was the best decision I ever made and I cannot imagine a life without my son. Now he’s at an age though where I’m starting to get a bit of my own life back.

Not only have I not had sex in over six years but I hadn’t even been on a date until very recently. I thought it was all behind me but suddenly again I feel like I’m ready to meet someone. I’ve signed up to various dating apps, some private plus all the usual ones but have only met one guy who I was into and he ghosted me after a few dates. The rest were definitely not worth the babysitting money and I came away feeling crap about myself.

Single men my own age seem to be going for much younger women – surprise, surprise – and I’m not sure where I fit in this new playing field. I wonder if I should just be thankful that I have my son and a good life and give up on what sometimes feels like a basic human need – love – but maybe isn’t?

Should I just spare myself the emotional torture, the constant and usually pointless texting with strangers and buy myself a cat? I’m seriously thinking about it.

You’re going to find it very irritating that I’m leading with this but don’t buy a cat! There are countless rehoming centres in and around Dublin so if it comes to it ? love with a human versus committing to being a cat Mum – adopt don’t shop if you can. It’s also worth noting that meeting someone and owning a cat are not mutually exclusive. Now, enough about the cat.

Returning to the mating scene after a six?year hiatus must be similar to how Cheryl felt reclaiming the X?Factor stage on Saturday night after her four?year musical break. I don’t watch the X?Factor but I did read about the hateful Twitter reaction to her performance (which I then had to watch) and how devastated she was with the back?lash. Despite the huge machine behind her, the careful editing and standard mostly?dubbed vocal, she was as vulnerable as any one of us. Okay, she’s obviously more exposed because she’s doing it in front of seven million people but you get the gist.

Putting yourself out there is harder than most mortals acknowledge and Cheryl seems to be a glutton for the heat. Her song, Love Made Me Do It, seems to reference a string of disappointing exes ? or f****** as she calls them ? with a No Regrets subtext, ‘cause I’d do it again.

Most of us aren’t quite so resilient (optimistic?) and may bank bad experiences and start systematically closing down chambers of our heart or removing ourselves from the game completely. This is usually down to fear – fear of not meeting someone, fear of not being loved, fear of finding someone and then losing them, fear of never being happy. Isn’t it just easier to shut the whole show down and return to business as usual?

In some respects it is. It’s easier to let go of the expectations, that kind of unfocused longing for love that shadows everything you do. It’s easier to retreat to a place of comfort, climb into the beige cords, pack the pipe and fluff up your rocking chair.

But you really don’t need to make that choice. You’re still so young and you’ve achieved so much. You’re raising a child, alone, likely working to support yourselves and just emerging from what I can only imagine was a vortex of sleepless nights and relentless self?doubting. You’re here, you did it, you’re deadly!

And now you’re back on the apps. If you’d asked me eight months ago if you should can the dating apps, I probably would have said yes for the anguish they can yield. In that time, however, a very dear friend of mine has met and fallen in love with her practical male equivalent. She signed up to Bumble ? where the women initiate contact – on a whim and matched with a guy who she then saw every single day for two weeks. At which point they both confessed that the canopy of pyrotechnics they seemed to be existing under was brand new to them both. Now they’re living together and are annoyingly happy.

As a committed non?romantic, the love bouncing off them has thawed my stone heart. And despite sharing so many common interests, they would never have met without a digital matchmaker. Its reputation aside, Tinder recently conducted a survey where 80% of their users said that they were looking for meaningful relationships not just hook?ups. There’s also some evidence to suggest that relationships that are originated online are likely to last longer and be stronger than couples who meet offline, which may well be due to the infuriating weeding out process. Between 15% and 30% (depending on the survey) of people who married in the UK in the last five years also met online.

So, don’t feel like you have to opt out completely, dipping in every now and then is not a bad idea. Getting to the point where dating is a casual and less regular pastime rather than a mission would be ideal. Beyond that, focus on yourself and building on the fulfilling life you already have. Indulge your passion and make time for new and exciting pursuits beyond your son. Really think about where you’d like to invest your energy and go for it. If you don’t have a ‘passion,’ commit to finding one or several – an activity or collective – that will keep you engaged well into your 70’s!

I’m not telling you to swap men for long?distance cycling but only one of the two is guaranteed to make you happy every time. Enjoying your life to the full, growing, evolving, challenging yourself will mean that a relationship, as and when it happens, will be a bonus not a deal?breaker. It will also help you clarify what love might look like in your life. You’ll have a stronger sense of what you don’t want to change when you meet someone, the boundaries and borders of your life and theirs will be more defined.

Meanwhile, why not break your six?year sex ban and consider a few casual flings? I know this is not for everyone and can certainly have a negative emotional impact but it could also be a bit of no?strings?attached fun.

You’re definitely not done with love for as long as you are open to it but we also can’t live our lives waiting. As author, Jim Rohn once said: “If you don’t design your own life plan, chances are you’ll fall into someone else’s plan. And guess what they have planned for you? Not much.” Enjoy.

Ask Annie: ‘Single, female, in my 40s and starting to feel bitter’

How much will choosing to be single in Ireland cost you?