Haunted Dublin: The best places to eat, drink and be scared this weekend

Is Dublin the perfect place for Halloween? A fiercely literary city, layered with history and folklore, it seems to have enough ghost stories and haunted tales to fill a library. Lost souls, rebel spirits and headless horsemen have all been reportedly seen amongst the narrow cobbled streets and historic buildings, many of the places we still frequent and even eat and drink in. Are you brave enough to delve into this dark side of Dublin and visit some of these spooky haunts?

A Halloween staple for many is The Gravediggers, tucked away amongst residential red bricks and on the edge of Dublin’s Glasnevin Cemetery, where over 1.5 million people are buried. The weathered wooden interiors of the pub are steeped in history and there are tales of a pint-sipping ghost of a Victorian gentleman appearing and unexplained bottles flying off shelves. The cemetery itself has tales of body snatching and grave robbing has given a wealth of ghost stories, even a canine one. The dog of John McNeill Boyd, captain of the HMS Ajax, has been spotted here. Be wary of barking as you leave.

Nestled in one of the oldest parts of town and in the shadows of medieval Christchurch Cathedral is Darkey Kelly’s; a pub well known for live trad music and a popular tourist haunt. In the eighteenth century, a brothel stood on the street called The Maiden Tower, ran by a well-known madam Dorcas (Darkey) Kelly. There are plenty of stories around this infamous madam, including witchcraft, an affair with the City Sheriff and satanic rituals but the best-known is the discovery of five bodies under her floorboards in 1761, which led to her being regarded as Ireland’s first serial killer. Darkey is said to haunt the area and the nearby St. Audoen’s church, which has a host of other ghoulish tales attached to it. Don’t go alone.

Over 200 years old, Mulligan’s on Poolbeg Street is well-known for its association with James Joyce and is considered a bit of an institution for any proper pub fans. With a long history of storytelling in the pub, thanks to its proximity to The Irish Times office (and previously The Irish Press) it’s no surprise that there are some inventive anecdotes that do the rounds. Reports of a barman who witnessed a bottle of brandy flying off the shelf, unexplained knocking on the cellar door when it’s known to be empty, moving buckets and sightings of ghostly figures around the pub have all been shared. Apparently, the ashes of a US tourist who loved the pub are interred in its clock. Even if you don’t get to experience anything ghoulish, it’s worth a trip for what is regarded as one of the most perfect pint pouring spots in the city.

Dating back to 1842, this grand hotel on Stephen’s Green has plenty of great historical moments and memories – from the constitution being drafted here in 1922, to the great writers, musicians and stars who have passed through its doors. But a lesser-known fable is that of Mary Masters; a six-year-old girl who died in one of the original houses of cholera in 1791. Mary is said to still haunt the building to this day, with reports of ghostly giggles being heard and taps turning on and off at random. Actress Lily Collins stayed here in 2013 and went on to tell Jimmy Fallon that she felt a ‘presence’ in her hotel room. In 1965, world-famous ghost hunter Hans Holzer stayed here, claiming to have also encountered Mary’s ghost. I can’t think of a more luxurious place to go on a ghost hunt this Halloween… 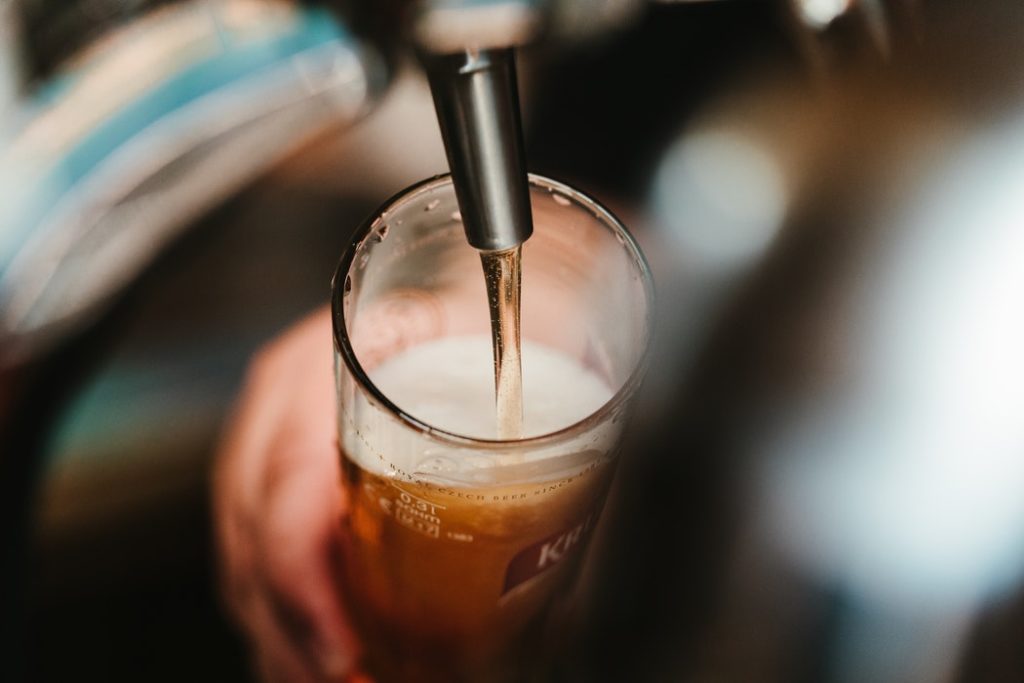 Given its proximity to the Olympia Theatre, which is said to be home to a troubled poltergeist, it’s no wonder Brogan’s has a few ghost stories of its own. Olympia staff have reported banging, rattling, phantom footsteps and the sense of a ‘presence’ and the poltergeist has been blamed for ransacked dressing rooms and slam doors. Next door in the centuries-old bar Brogan’s, several incidents of paranormal activity remain unsolved. Much of it said to be down to the rumoured secret passage from the pub to Dublin castle and its various spooks and spirits. Drink it in, if you dare.

You may well find the number of tourists at the Brazen Head frightening enough – they flock here in droves to what’s known as Ireland’s oldest pub for the history, stew and trad music and the timeworn walls are home to plenty of stories, ghosts included. Rebel leader Robert Emmet frequented the pub and even held his resistance meetings here. He was hung, drawn and quartered nearby on Thomas Street in 1803 and it’s said that his blood ran down the street towards the Brazen Head. Awkwardly, he shared his local with the hangman responsible for his death and so the story goes that Emmet’s ghost still haunts the building, watching out for enemies and keeping an eye on his executioner.

Take your pick from some of the great pubs along Stoneybatter – Walshe’s, The Belfry, Mulligan’s, The Glimmerman. They all line the street where eighteenth-century scaremonger Billy the Bowl is said to haunt late at night. Billy was a beggar, born with no legs, who transported himself around in a large wooden ‘bowl’ built for him by a local blacksmith. He was said to be uncommonly handsome and quite the charmer, propelling himself around the cobbled streets of Stoneybatter with his ‘bowl’ and a mighty pair of arms. He was fond of drinking and gambling, which meant he was often short of funds. This eventually led him down a lawless path of robbery and then a spot of strangling and murder. Now immortalised in songs, stories and even some artworks, Billy’s ghost is said to still terrorise the Stoneybatter streets. Listen out for the sound of his bowl scraping it’s way across the cobbles as you head home.

If you fancy tea and scones with your spooky tales, head to Avoca café located in the visitor centre of this 12th-century castle. Halloween is fully embraced in the castle and grounds, which are said to be home to no less than five ghosts. 15th century Lord Galtrim, who married and died here on the same day, is said to wander the castle at night, groaning and clutching his side where he was speared and the ghost of his wife, Lady Maud Plunkett, is said to haunt the castle, along with her other (and third) husband Baron John Cornewalsh. The ghost of Miles Corbett (1595-1662) has been reportedly seen riding across the castle grounds and lastly, the ghost of a jester named Puck stabbed through the heart in full costume because of forbidden love has been spotted on occasion. They are even hosting a Paranormal Investigation at the castle on Friday 9th November. Spooktacular.