Five steps to a happier you this International Day of Happiness

Cheryl Rickman, author of The Happiness Bible, explores what we can do to widen and deepen our connection with each other.

Community matters
Today, with social media becoming all-consuming, we are more connected than we have ever been, in a virtual sense; but in reality, studies have revealed that many people still feel alone. All the more reason to make an effort to increase real-world connections. As well as forging strong bonds with those we are especially fond of, it’s important to build “bridging connections” to unite different groups within a community.

Doing so demonstrates a commitment to the notion that we’re all in this together, and that the common good is important for a good life.

1 Build social capital
Consider ways in which you might bring people from different backgrounds together through a shared interest, to build what Harvard professor Robert Putnam calls the “social capital” of a community, facilitate trust and impact positively on the wellbeing of the whole community. For example, you could:

2 Consider how you make other people feel
Notice the good in others. Focus on what’s right with people, rather than what’s wrong. The “Losada ratio”, named after Chilean psychologist Marcel Losada, states that in order to flourish you need to give/receive five positive statements for every critical statement. With that in mind, practise focusing on what your partner/family members/friends have done right, rather than on what they’ve done wrong. Praise and encourage rather than criticise.

3 Show empathy
Consider other people’s point of view before you respond. Or try viewing everyone as a vulnerable child, to minimise blame. Remind yourself that we’re all just muddling through, and we all make mistakes. It’s easier to judge and criticise than it is to praise and empathise. Yet the latter is far more rewarding and has a wide-ranging social impact. For example, teaching empathy in schools reduces bullying.

4 Do more together as a family
Whether it’s playing tennis, going for regular walks, popping to the park, finger-painting, kite-flying or playing Scrabble, create a routine that means you do at least one of those things together every week. It’s all too easy to sit and watch telly together. But interaction generates laughter and positivity resonance, which strengthens bonds. Teamwork and team-play, especially of the family kind, boost positive emotions and enhance relationships.

5 Make one night per week “analogue night”
Deposit all your devices in a basket and enjoy a “no-phone zone” for at least a few hours. The kids can play outdoors or find something to do that doesn’t involve a screen, and you can have extended talks around the dinner table or in the lounge, read a book together or make something.

We are all leading increasingly busy lives, and although we shouldn’t become over-dependent on others or allow them to dictate our mood, we should invest sufficient time to build quality relationships with those in our support network. Because positive connection is key to our happiness.

“Of all the things that wisdom provides to help one live one’s entire life in happiness, the greatest so far is friendship.” – Epicurus, ancient Greek philosopher

About Cheryl Rickman
After her parents’ lives were cut short, Cheryl Rickman decided to devote her life to helping others make the most of their own precious lives, through the books she writes and the workshops she creates. She has written and ghostwritten 15 practical and inspirational guide books on flourishing in life and at work over the past 13 years. As well as writing empowering books to inspire and inform, Cheryl is a qualified positive psychology practitioner, an ambassador of wellbeing for the Network of Wellbeing and a contributor to Psychologies and Breathe magazines, among others. Find out more at www.CherylRickman.co.uk.

March 20 is International Day of Happiness and all 193 United Nations member states have adopted a resolution calling for happiness to be given greater priority. This year’s theme is “Happier Together”, focusing on what we have in common, rather than what divides us.

In 2011, the UN General Assembly adopted a resolution which recognised happiness as a “fundamental human goal” and called for “a more inclusive, equitable and balanced approach to economic growth that promotes the happiness and well-being of all peoples”.

In 2012 the first ever UN conference on Happiness took place and the UN General Assembly adopted a resolution which decreed that the International Day of Happiness would be observed every year on March 20. It was celebrated for the first time in 2013. 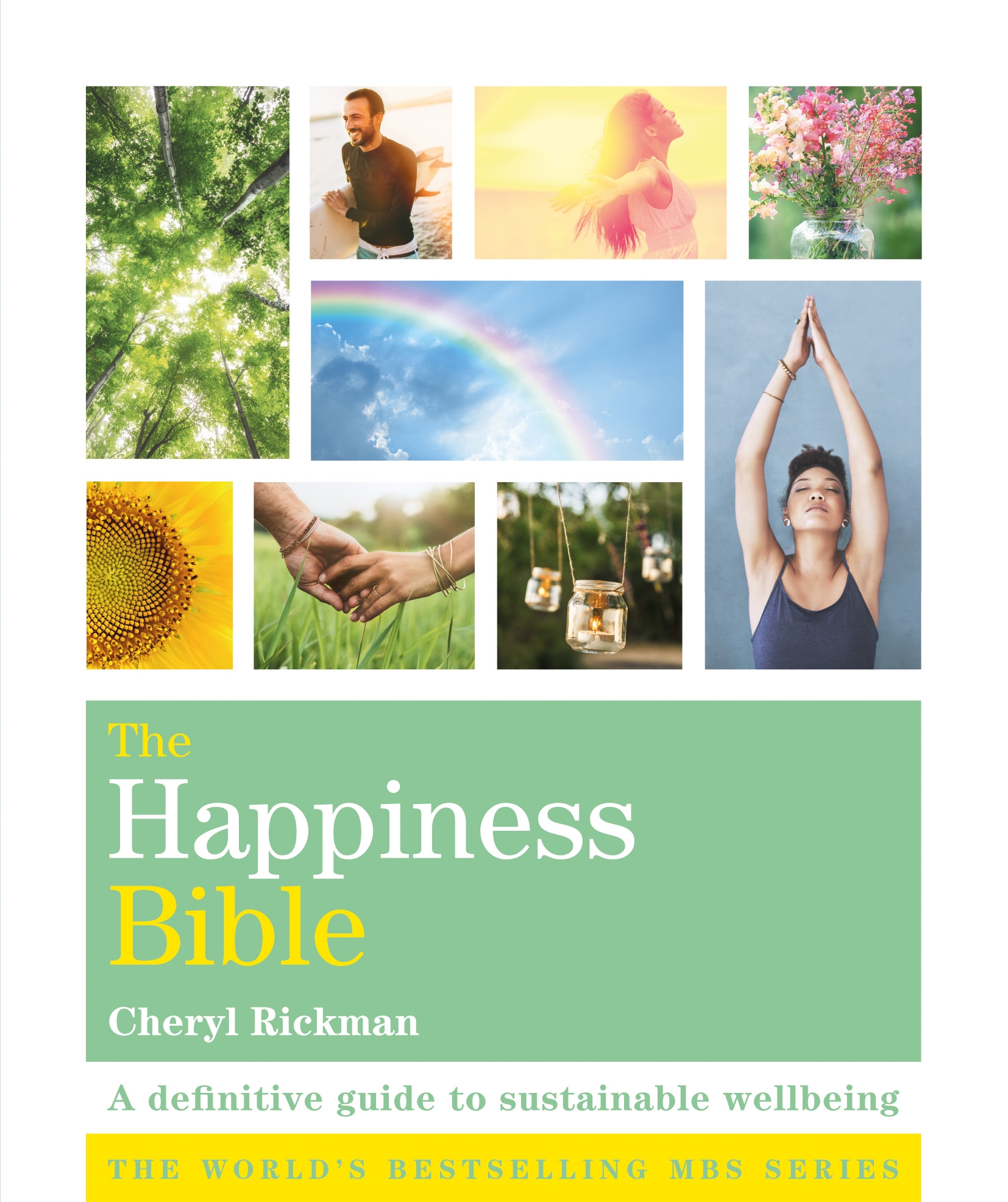 The Happiness Bible by Cheryl Rickman (Godsfield Press, approx €17.50) is available online and in all good bookshops, www.octopusbooks.co.uk