Girl power but with a pout: The mixed messages that we’re sending our daughters

We tell them that it doesn’t matter how they look, it is what they do that counts. Then we spend the morning moaning about putting on five pounds. Amanda Cassidy on the contradictions of female empowerment.

The task on this week’s TV show, The Apprentice was simple; Create a box of chocolates and sell them for profit. At the helm of one of the teams was 22-year-old Camilla Ainsworth, a self-described ‘sass-pot’ with her own nut milk brand. She immediately came up with a highly-suggestive sexy Santa chocolate box that she decided to name Santa’s Choco Seduction and included a scantily clad character in a low-cut Santa suit pouting on the front of the packaging. It all went downhill from there descending into one giant cringe-worthy double entendre. Even Lord Alan Sugar admitted that the product would have been successful if the order had come from a “sex shop”. 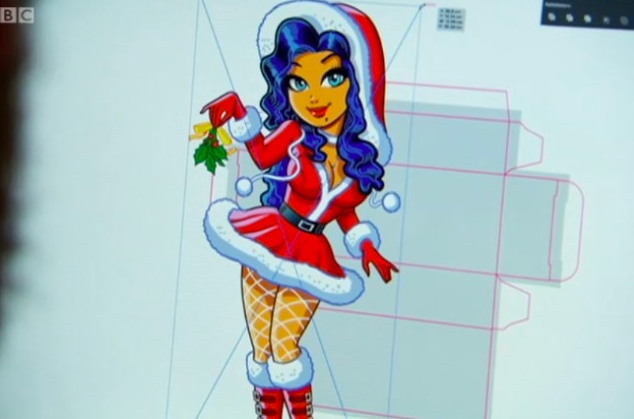 We know that sex sells (although in this instance, the team lost) but when it comes to opportunities to show-off business acumen, intelligence and leadership, why are women still promoting the sexualisation of women? If a male team leader had done the same, he would have been lambasted for his sexist choices which risk objectifying women as stereotypical sexy seductresses. Why is it ok for women to not only condone this everyday sexism but to come up with it in the first place? These are the mixed messages we are sending to our daughters. In the meantime, we are surrounded by advertising that encourages us to love ourselves for our natural beauty but which then sells us anti-ageing lotion. How are we going to teach our children how they are supposed to be if we are constantly contradicting ourselves?

Change is afoot when it comes to gender equality. But despite the best intentions, the current cultural conversation about feminism continues to perpetuate sexism. We saw this during the week when the first ever winner of football’s Ballon d’Or, Ada Hegerberg was asked to twerk as she received her accolade. Retired footballer Frances Silva put it best when he tweeted:  “Imagine winning the first EVER women’s Ballon d’Or. Then giving an unbelievable speech about how big this is for women’s football. Then asking little girls to believe in themselves. THEN being asked to twerk. [email protected]#k off dude.” At just 23 years of age, Ada has scored 250 goals.

The fact that during her history-making moment, she was subjected to such prejudice and crassness shows that we still have a lot of ground to cover. 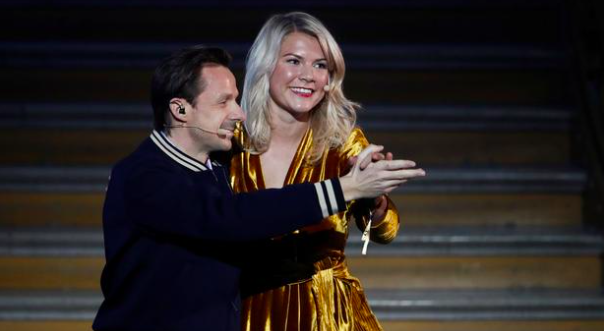 But while our daughters and sons are being educated about consent, respect and empowerment in school, they are simultaneously getting contradictory messages from the world around them. Although strong women have worked for centuries to free women from the objectification that stems from oppression, seeing scantily dressed women used to ‘sex up’ advertisements from almost every product (cars, clothes, and even coffee) is confusing. The more objectified the woman, the higher the revenues.

Marks & Spencer was one of those who recently came under fire for its sexist advertising. This time in its Christmas window display seen in Nottingham which saw women posing in “fancy little knickers” alongside men dressed in suits. The windows form part of a wider campaign that presents a series of festive “must-haves.” But the contrast between these suggestions for both sexes sparked outrage. The tagline stated that women need “fancy little knickers” this Christmas while an adjacent window explained that men need “outfits to impress.” 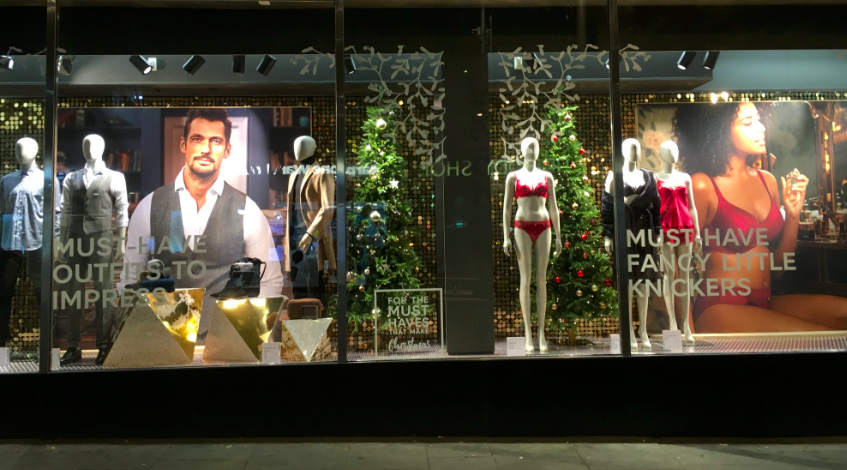 Banishing this level of gender inequality starts with us; how we see ourselves. The danger is that we remain trapped in limbo between how we should be perceived and how we perceive ourselves. Are we ‘fancy little knickers’ or are we ‘outfits to impress’. And incidentally, why can’t we be both?

We tell our children they can do it all, but don’t forget that we still live in a world where it is backwards and in high heels. For most of us, the realisation that we can’t work and be at home with babies and fit back into our skinny jeans and wake up with perfect hair isn’t helped by those who pretend we easily can. In fairness, they are mostly celebrity folk but it still messes with our mortal (bed) heads. Perhaps it is a crisis of our identity. Perhaps we owe it to our children to manage their expectations of how the world really is. As Michelle Obama this week stated so passionately when discussing women and careers; “That whole, ‘So you can have it all.’ Nope, not at the same time,” she said. “That’s a lie. And it’s not always enough to lean in, because that shit doesn’t work all the time.” 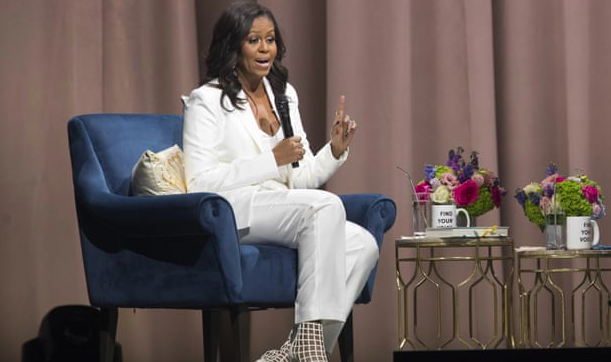 Camilla Ainsworth from The Apprentice may have gained success in her health food company by stating she now ‘milks nuts for a living,’ but we can’t have it both ways and expect permanent change. Self-objectification is still objectification and it really doesn’t help to erase outdated mindsets. As long as there are women who are ok with skirting this close to the edge of sexism, true feminism will remain hamstrung.

I tell my daughters that they can be whatever they want to be. Just like my mother and all the strong women in my life told me. But I’ll also tell my girls about the obstacles they’ll probably still have to manoeuvre along the way. They can wear whatever they like and do as they please, just as long as they respect and are respected. But it starts with setting our own barometer straight when it comes to self-respect and what we are prepared to put up with. We are our daughter’s mirror and dignity is the magic potion. And that is certainly not reliant on gender.