While conventional medicine treats your symptoms, functional medicine suggests that all health problems are not created equally, writes CLAIRE O?MAHONY.

It’s all about personalisation these days. We like diets to be tailored to our needs; appreciate Netflix recommendations based on our previous viewing history, and prefer custom-blended foundations and lipsticks that are unique to us. If the appeal of personalisation in something like make-up is strong, it follows that the application of individualisation to more serious areas such as health is an even more powerful proposition. Welcome to the world of functional medicine, a healthcare approach where one size does not fit all. System-based and integrative, it seeks to discover and treat the underlying causes of illness and looks to an individual’s unique medical history, as well as physiological, bio-chemical and psychological make-up. It’s used primarily for the treatment of chronic as opposed to acute illness – chronic in the medical sense meaning ongoing over time, and not necessarily the Irish use of the word to mean ?bad?.

Essentially, this means if your leg is falling off, you go to an accident and emergency department. But if you have been feeling unwell for some time?fatigue perhaps, maybe gastrointestinal problems, an infection that keeps coming back or feeling zonked for two weeks of your menstrual cycle – but going down the traditional medical route has given you neither relief from nor a diagnosis for, it could be time for you to consider the functional medicine approach to get some answers. 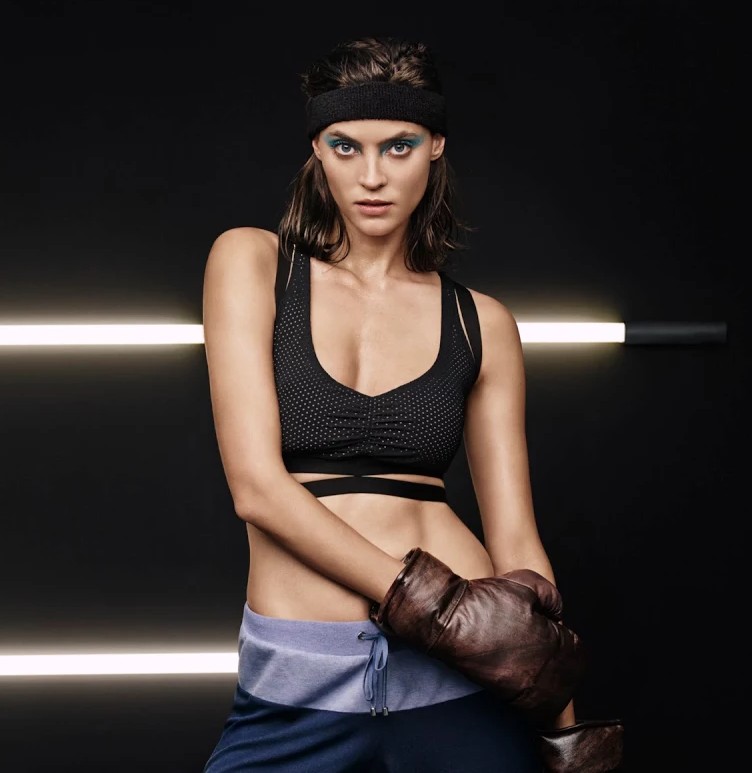 Dr Patrick Magovern, who is based at Dublin’s Drummartin Clinic, is one of a handful of Ireland’s functional medical practitioners. After qualifying and doing his post-graduate training, he spent several years working as a hospital and community based family doctor in Canada. While he had always wanted to be a GP and help treat people’s medical issue, after a few years in, he realised that, in many situations, he was encountering conditions where there was no diagnosis, and where patients weren’t getting better, but being told they must live with their ailments. From 1993, he developed his skills in functional medicine, complemented by his conventional medical training. ?My life has really been about the patient who can’t get better and looking at the tools for that person,? says Dr Magovern. ?And really, that’s what functional medicine is. It says, ?Look at all aspects of the patient.? It’s looking at nutrition, at the environment, at the role of stress.?

Functional medicine seeks to discover and treat the underlying causes of illness and looks to an individual’s unique history.

One of his biggest diagnostic tools is a long and detailed history from the patient?life circumstances, family, social, and medical history, intolerances and allergies, etc – and using this as a basis for tackling problems. The core demographics of Dr Magovern’s patients are those with menopausal and hormone-related issues, as well as those suffering from fatigue, IBS, mood problems and recurrent infection. ?The list [of people’s medical complaints] will always be around six or seven things. There may be gut problems or food intolerance. If they’re women, it may be no energy during their period. It’s always very nuanced sort of list,? Dr Magovern explains. ?Other big things I see are a lot of brain fog, fatigue and concentration problems, and quasi burnout situations.?

The electronic world, where we’re always contactable, and short-term employment, which is contractual and performance based, often leading to anxiety, are other contributing factors he notes. All these inform whatever investigations he decides on, which could be a simple enzyme test (do you have enough stomach acids to absorb your food, for example) or complex testing for chronic infection, which could be the reason behind your fatigue. Adrenal profiling and hormone level testing are often used too. In terms of remedying the problem, Dr Magovern says, ?I will try and stay away from antibiotics and would tend to use more natural therapies for chronic bile or bacterial infections. We’ll then take that problem list from visit to visit and we’ll just chip away at things to make sure their gut is working, for example.?

Most people he sees have come to him because the standard pharmaceutically-oriented medical approach has not worked for them. ?They feel they haven’t had success with it and/or that they haven’t been listened to in terms of their symptoms or the reality of their symptoms or their difficulties from day to day, and it’s seen that their fatigue is purely a matter of attitude or their imagination.? Her own experiences led Dr Fionnula McHale of Dublin’s Invigorate Clinic down the path of functional medicine. The Trinity College graduate, who’s worked with mixed martial artist Conor McGregor, became unwell while studying medicine in college. Her skin deteriorated, she couldn’t sleep, and she didn’t have a period for two years, yet couldn’t get a satisfactory diagnosis. 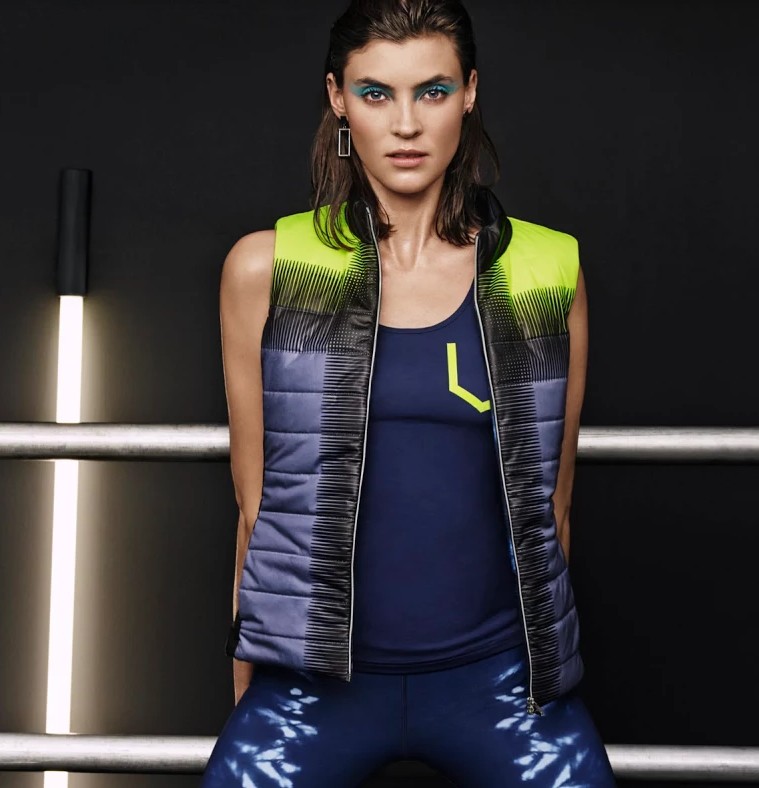 ?You become very disillusioned, especially when you’re studying medicine, which you go into because you want to genuinely help people,? says Dr McHale. ?You can see the big failings in the system for someone like me, who wasn’t necessarily acutely sick and not needing to be in hospital, although still not the person I used to be.? She found that weight training in the gym helped her symptoms and her mood; she travelled to the US, where she met one of the world’s top strength and conditioning coaches, who pointed her in the direction of functional medicine. She fell in love with this area of healthcare and pursued it further, studying with the Institute of Functional Medicine. ?It’s very much about understanding the individual – their biochemistry, their social situation, their psychology and all those things, and how that can affect their biochemistry,? she says. ?It’s understanding that although two people can present with the exact same symptoms and seem as though they have the same diagnosis, the underlying cause can be significantly different from one person to another.?

She prefers the term ?proactive health? to just functional medicine, and considers her work to be a lifestyle intervention. The large majority of her patients are ?people who don’t have anything majorly wrong with them, but say executives, who just want more energy or to feel better in their day-to-day life, whether that’s sleep quality, so that they’re waking up refreshed, as well as body composition. They might have been in and out of the gym and dieting for years, but they’re still not getting the results, so using that functional medicine approach, you just figure out the reasons why that’s happening.? Testing, she says, is what revolutionises this side of medicine, ?because it takes the guesswork out?, and these are often tests thataGP doesn’t usually run; but it also adds to the cost of seeing a functional medicine practitioner.A consultation with Dr McHale is €450, for example, and this is because extensive research is involved with every case she takes on, as well as face-to-face time with the patient.

It’s important that patients don’t think of functional medicine as some form of alternative medicine magic bullet. ?I don’t treat anyone who is acutely unwell – there is no role for me with that person,? says Dr McHale. ?I’m not a replacement for a GP.?

Dr Magovern states that one of his conditions for treating people is that they must see a GP and get any specialist treatment he or she feels is important, to rule out life-threatening or serious illness, which may need immediate treatment. Medical training is essential to functional medicine, he states, as ?you need all that background in ordinary medicine to know that this headache doesn’t sound good, it needs evaluation, or that this is a worrisome symptom. For people who proceed off the well-trodden path too quickly, it’s not good.? Dr McHale believes that awareness of functional medicine in this country is growing. ?I think the health and wellness industry has exploded in Ireland, and it’s far more advanced here than in the UK, and I’ve spent a lot of time in the UK over the last six months,? she says. ?You go into any petrol station in Dublin and you’ll see protein bars. I think in Ireland, people are becoming more aware of health and put more value on it.? While there have been accusations levelled at functional medicine as being pseudo-scientific, its advocates would argue otherwise, pointing to the extensive lab testing it involves, as well as the failures that can happen in the standard medical model of ?name it and tame it? or ‘symptoms-disease, treatment?.

The addition of a functional medical centre with a patient, as opposed to disease-centred, focus to the Cleveland Clinic?internationally regarded as one of the top medical centres in the US – can be considered a big step in the approach’s growing acceptance by traditional medicine. ?WhatIdo is not alterative?Isee it as scientific, but much more in-depth, more multi-factorial,? says Dr Magovern. ?It takes a lot of time and effort to interpret it all and then start putting into a plan.?