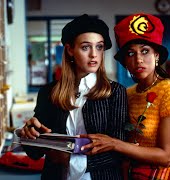 The year 2018 has been fascinating for female writers. A year since #MeToo, there has been a noticeable, pivotal shift in the rallying cries of some remarkable women – both in life and on the page. We’ve always used our voices, but we’re shouting louder; demanding that change is no longer just spoken about, but acted upon too. And when it comes to the writing of words, I’ve felt privileged to see so many amazing books by immensely talented female authors land on my desk. So many, that, in fact, that it became harder and harder to make a selection for IMAGE Magazine – having to whittle down a curated edit of few titles. A good complaint if there ever was one.

So, it was with no surprise that the winners of the 2018 An Post Irish Book Awards were dominated by only some of these female authors. In fact, women authors dominated the winners list for the first time ever.

Related: #IMAGEReads: 4 Irish books made for curling up with during rainy weather

But it was the woman who shone; writers such as Sally Rooney, Liz Nugent, Emilie Pine, Emer McLysaght & Sarah Breen, Cora Staunton, Sarah Webb and Lynn Ruane took home prizes for their acclaimed books (all of which, I can attest were brilliantly worthy winners, having read them) at the awards held on Tuesday evening, while the family of the late Emma Hannigan accept a special award on her behalf.

Backstage at the @AnPostIBAS green room with Sally Rooney, winner of the Novel of the Year #AnPostIBAS #winner pic.twitter.com/0lZpQEvU0L

If you’re looking for a reading list over Christmas, the below winner’s titles are a heck of a good place to start:

Sunday Independent Newcomer of the Year

Onside Non-Fiction Book of the Year

Ireland AM Popular Non-Fiction Book of the Year

EUROSPAR Cookbook of the Year

Writing,ie Short Story of the Year

The Love Leabhar Gaeilge Irish Language Book of the Year