Rosemary Smith spent much of her life believing she had little to offer the world. Living in the shadow of smart siblings, Rosemary felt inadequate and was encouraged to ‘find a husband’ as early as she could. Everything changed however when she discovered a talent for rally driving. The only problem was that she discovered this at a time when this was very much a man’s sport and she wasn’t exactly welcomed on to the track. Having found her calling, she wasn’t prepared to let gender bias hold her back and she pursued her dream, becoming Ireland’s first female rally driver and a racing legend. In 2017, at the age of 80, she became the oldest person to drive a Formula One car.

You were often told you couldn’t make it, how did that impact you?
“I had no self esteem at all. I had a sister who was very bright and flew through college and a brother who was similar, I practically couldn’t get out of kindergarten and was patted on the head and assumed I would marry and live happily ever after. That was the era I grew up in.”

What made you keep going?
“When I started to drive I knew it was something I could do, but didn’t realise I could make a career out of it. I tried my hand as a dressmaker, but doing the same thing over and over bored me. I was quite good at that, but it didn’t fulfil me. I was lucky enough to have a client who came in who invited me to a rally and it was the only time I felt I had found my comfort zone. When I started winning others believed everyone else must have fallen out of the race or I had the best car, I didn’t retaliate because I thought they were probably right. It was very difficult. I couldn’t stand up for myself. But the minute I shut the door of the car I was fine. I was in my own world.” 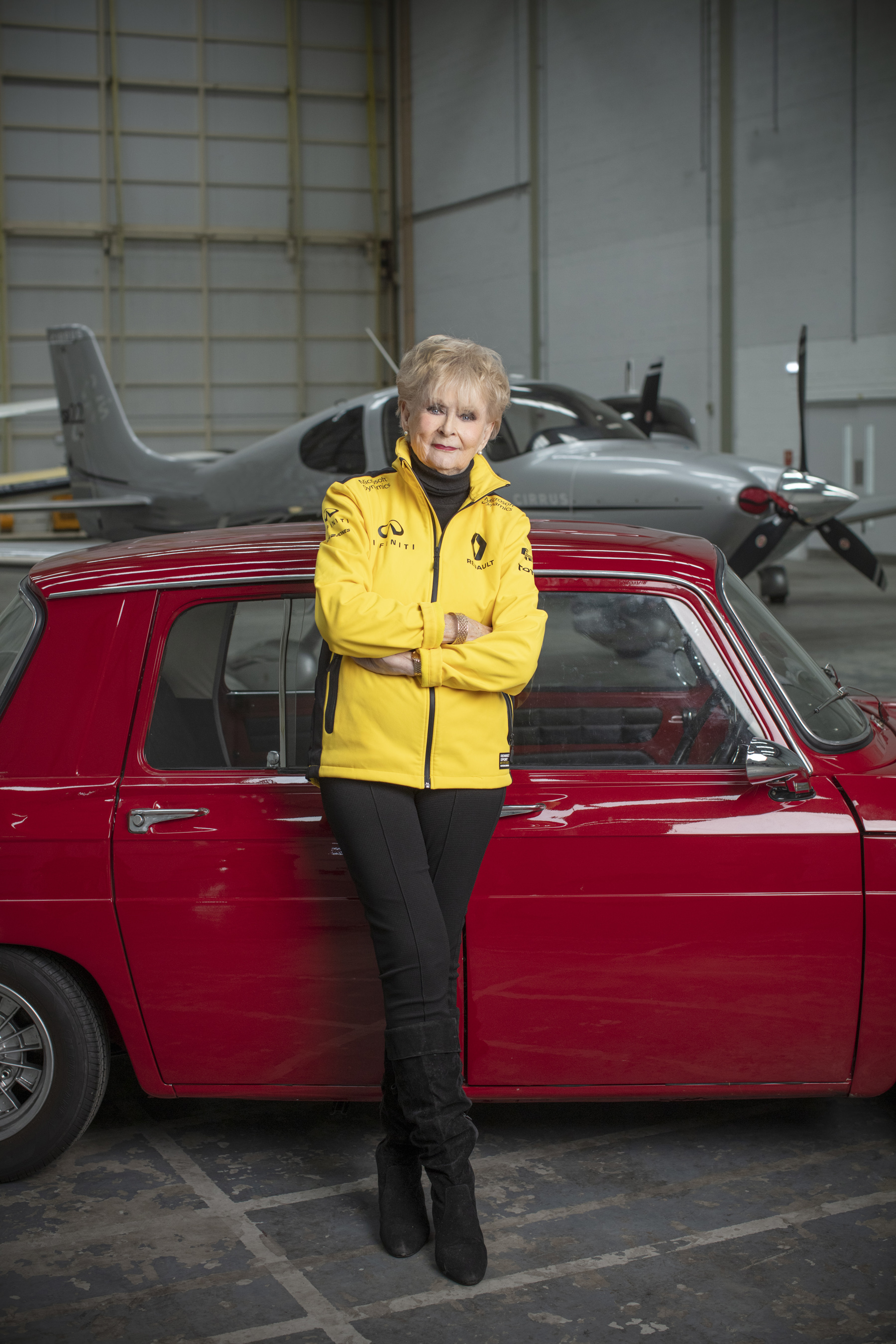 At any point did you foresee yourself breaking records at this stage of your life?
“No, never. When I was asked to drive a Formula One car I jumped at it. It was only afterwards I wondered what I’d let myself in for! When something is offered to me, I don’t hesitate. I say yes. I feel like a whole new chapter is opening up in the second half of my life. People think it’s all over when you reach a certain age, but I don’t believe that. When I tell people I’ll be 82 this August, they can’t believe it. And that gives me a real boost.”

Do you think the fact you had some really big challenges in life that it helped you appreciate small things?
“Absolutely. Every day now I get up and think of what I have to do and where I’m going. There’s always something on and that keeps me going.”

What’s your advice for those being told they can’t achieve something?
“I was lucky that my dad was in the motor trade and when I was 13 he took me out to drive and I realised it was something I loved and really wanted to do. If a person has something they really want to do, don’t listen to anyone else. Go out and try.”

What’s next?
“I’d love to do more work in the modelling industry. I’ve had quite a few fashion houses approach me and I really enjoy that.”

What’s left that you’d like to achieve?
“Staying alive! It’s very important. If I’m not alive I can’t do anything, so I’m watching my diet and trying to exercise. It’s important to take every day as it comes, and enjoy yourself. I’m having a ball.”