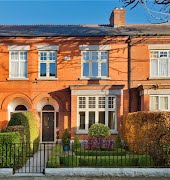 dad dressed as spiderman for son

Here’s a video that’s sure to inspire you to surprise your own little ones with some superhero fun. To celebrate his fifth birthday, terminally ill Jayden’s father Mike Wilson took it upon himself to dress up as his son’s hero, Spiderman, and surprise him at his front door.

Determined to go above and beyond to bring a smile to their little boy’s face, Jayden’s parents have been told that he has a life expectancy of one more year due to a Grade 4 brain stem tumour.

Despite the inevitable dark cloud that hangs over their family, what could well be terminally ill Jayden’s last chance to celebrate a birthday was going to be filled with wonder and plenty of smiles, come rain or shine. Our heart breaks for his parents who, costume or no costume, will always be heroes in the eyes of their son as well as the many other families that find themselves in a similar situation.

Take a look, it’s a special one.