A more understated royal wedding took place in Windsor Castle today, Saturday. Lady Gabriella Windsor has tied the knot to financier Thomas Kingston on Saturday in the same venue as the past two royal weddings: St George’s Chapel in Windsor Castle. This wedding was not be televised as the couple won’t have any of the public obligations as the previous couples, Meghan and Harry and Eugenie and Jack. 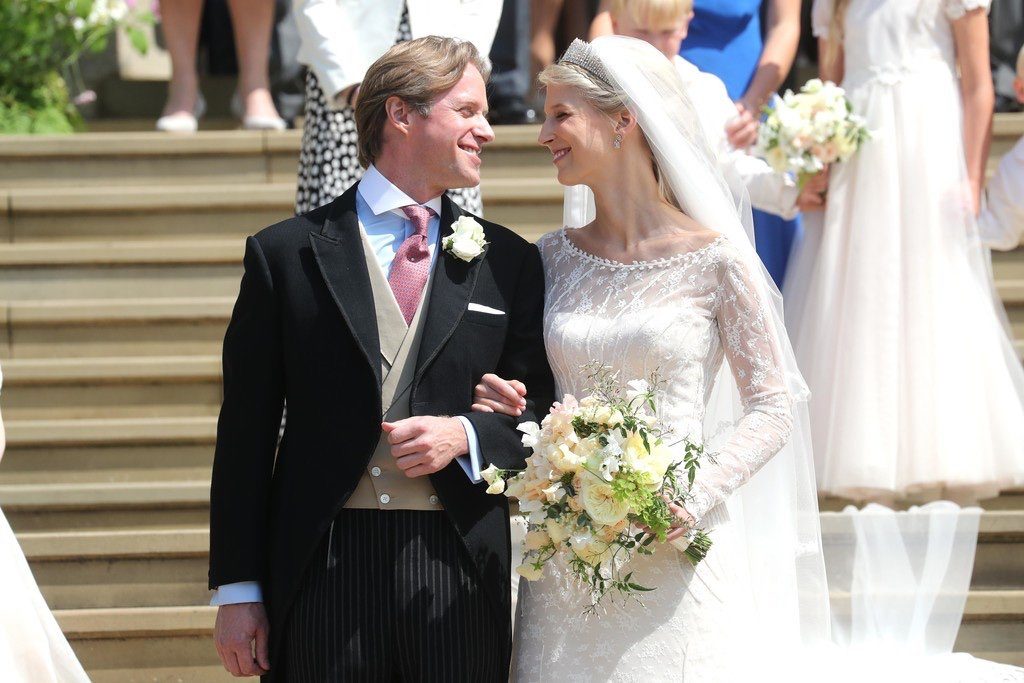 Lady Gabriella Windsor isn’t a full time royal. The 38-year-old freelance writer is the daughter of Prince and Princess Michael of Kent and is 52nd in line to the succession of the British throne. She’s a graduate of Brown University and has an MPhil from Linacre College, Oxford and is involved in Philanthropy as well as writing for a London magazine. She is also a director of Branding Latin America, according to The Telegraph.  She will marry financier Thomas Kingston. The couple got engaged in 2018.

Lady Gabriella Windsor and Thomas Kingston emerge from St George’s Chapel in Windsor as they are married today pic.twitter.com/2xvL4cNjP5

What do we know about the wedding?

The venue of George’s Chapel will be familiar to many recently because it’s where Meghan and Harry wed last year (in the same weekend), as well as the setting for Princess Eugenie’s wedding to Jack Brooksbank. It’s a historic venue, intended for low-key celebrations – as opposed to Kate Middleton and Prince William’s marriage at Westminster Abbey in 2011. It isn’t just used for weddings as Harry was also christened there in 1984 and William was confirmed there in 1997.

Despite being the guest of honour, the Queen won’t host a reception in Windsor Castle; in the same fashion as Harry and Meghan, the newlyweds will host their afternoon reception at Frogmore House. The venue has a “personal resonance” for the couple since Lady Gabriella’s grandparents, the late Duke and Duchess of Kent, are buried at Frogmore.

The bride Lady Gabriella Windsor arrives with her father Prince Michael of Kent ? All the pictures of today’s royal wedding here: https://t.co/jB59C1vsl1 pic.twitter.com/TVTI4HOJ9i

Pageboys and bridesmaids arrive for the wedding of Lady Gabriella Windsor to Thomas Kingston at St George’s Chapel Windsor Castle on May 18 2019 in Windsor England. ?? pic.twitter.com/SrZfnNnobp

Her Majesty The Queen has arrived at St George’s Chapel ahead of the wedding of Lady Gabriella Windsor and Thomas Kingston. Her Majesty is in a beautiful pink coat and hat. She is accompanied by The Duke of Edinburgh (not pictured) #royalwedding
(Credit: Hello Magazine) pic.twitter.com/5e9zilDJBi

The wedding was attended by members of the Royal Family and the ceremony was not televised, with the occasion being celebrated among family and friends. The Queen will be the guest of honour as a first cousin once removed of the bride. Kate Middleton is expected to attend with sister Pippa and her husband.

Other royal guests included Princesses Beatrice and Eugenie, Lady Gabriella’s brother Lord Frederick Windsor and his actress wife Sophie Winkleman, along with their daughters Isabelle and Maud. Meghan Markle’s attendance has not been confirmed due to her welcoming baby Archie only two weeks ago. Prince Harry, however, is in attendance.

Read more: Meghan Markle and Prince Harry’s royal baby is here
Read more: Kate Middleton shares new photos of Princess Charlotte on her birthday
Read more: The Queen’s last corgi has passed away in Windsor Castle at the age of 12
Read more: ‘Meghan Markle is being vilified just as Diana was’

Twitter is swirling with rumours the Queen has died (she hasn’t), but what happens when she does?