The spookiest time of year also happens to be one of the most delectable times for food and drink, and that’s no coincidence. Halloween, a deeply held Irish tradition (not American, although the commercialisation mostly is), originated over 2000 years ago as Samhain, a pagan festival celebrating the end of the harvest season which meant great eating and feasting. It’s a time to celebrate and indulge. And dress up of course. And if you still needed a reason to embrace this tasty time of year, here’s a round of up of some deadly food and drink adventures happening around town. 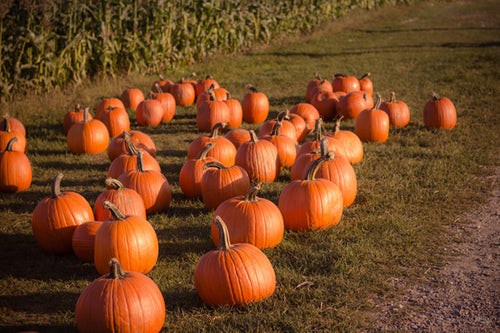 You’ll forgive Overends the Americanisation of calling this a ‘fall’ dinner when you see the great effort that is put into how local the menu here is. Overends is happily situated on Airfield Estate’s 38-acre urban farm. The five-part tasting menu will showcase the incredible bounty of the farm and gardens – local, seasonal and sustainable food. This is how I imagine a harvest feast should be. Tickets are €50 per person and include a welcome drink and snacks.

A quintessential part of Irish Halloween is barmbrack. Who doesn’t remember the fight over the ring and eating thick slices of the brack slathered in butter? Bewley’s will pay homage to this great cake, hosting a day of breakfast and baking for adults and kids. Working in teams of two, you’ll make your own brack to take home while you learn about the story behind it in the beautiful surrounds of Bewley’s Grafton Street. Tickets are €20 per person. 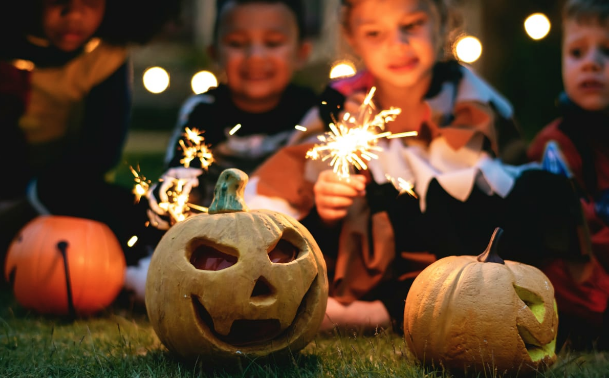 Pumpkin carving is one of the Halloween traditions again often credited to America, but it actually began in Ireland, using turnips as lanterns to ward off evil spirits for Samhain. Pumpkins have since taken over and this spooky Asia Market event is perfect for the less confident carvers out there. From 12 to 6 pm they’ll be hosting a spookfest and carving workshops. Tickets are €10 per child accompanied by an adult, and gets you a pumpkin of your choice, ‘trick or treat’ bag and a pumpkin recipe card.

The brilliant Sligo brewers White Hag are coming to town to throw a Samhain inspired beer festival. They plan to “welcome the darkest of the seasons with the darkest of stouts, porters and barrel aged beers.” Over 4 nights (some have already sold out) they’ll have a plethora of beers on show from themselves and guest brewers including Lervig from Stavanger, Cloudwater from Manchester, Dot Brew from Dublin, Northern Monk from Leeds. Tickets are the price of a beer.

Fancy sitting on the dock of the bay for Halloween? You can do just that at Charlotte Quay. For the latest in their Supper Series, they’re doing a full Halloween theme with seasonal cocktails and a nine-course Autumnal tasting menu, featuring plenty of game and pumpkins. Wicked tunes will come from Billy Scurry and (even better) it’s a bank holiday the next day. Tickets priced from €40

There’s only one type of murder on the menu for this Happy Pear Halloween evening in their Clondalkin cafe – their Murder Mystery, set up for you to solve over an evening of dinner and drinks. A vegan menu of three courses will be served, kicking off with prosecco on arrival. Fancy dress is essential with prizes on the night for best dressed and more.

The Kraken Screamfest at The Sugar Club – Wednesday 31st October

Scary movies and cocktails go hand in hand, right? Well, they will if you head to The Sugar Club on Halloween eve for your fright fix. They are promising a one-of-a-kind ‘Horrors From The Deep’ movie experience, while you sample spine-chilling Kraken Black Spiced Rum cocktails, along with a few other dark and twisted surprises. Tickets cost €20 and include two Kraken Rum cocktails.

Have your trick and treats when you join marshmallow experts Delish Melish for their Halloween Workshops. The first class is a special Halloween adult-and-child marshmallow making event where you learn to make marshmallows from scratch in their Smithfield kitchen. Expect plenty of seasonal spook-inspired creations. Tickets from €65.

Supper Club: This salt and pepper squid is everything we want tonight