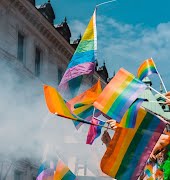 This Is The Day That Most People Get Engaged

Christmas is a romantic time so it’s not a surprise to see our Facebook and social feeds full of diamonds. Potential snowfall, twinkling lights and festive cheer – there’s no time of year quite like it. But it isn’t just coincidence; Christmas, and more specifically, Christmas Eve, is the most popular day of the year for those proposals, according to a survey.

Most couples choose to get down on one knee at Christmas, topping Valentine’s Day, so say the numbers.

According to ChilliSauce – a company specialising in hen and stag events – who surveyed 10,000 people across the UK, 31 per cent of those interviewed thought that Christmas Eve was the best day to propose, followed by Valentine’s Day with 22 per cent of the votes, then New Year’s Eve with 18 per cent.

However, getting down on one knee means different things to different couples; interestingly, the findings vary between men and women – while 33 per cent of men think Christmas Eve is the best way forward, 23 per cent of women would prefer a proposal to take place on Valentine’s Day.

And when it comes to the methods of the actual proposal, over half of those surveyed – 51 per cent still prefer tradition and a simple “will you marry me” as opposed to using a techy or overly fancy approach.

So it seems keeping it simple is the way to go guys and girls.

Photo by Gift Habeshaw on Unsplash