The Sherlock star is behind a spate of thefts aboard British Airways’ flights.

Benedict Cumberbatch is now himself responsible for a Sherlock-esque mystery. The actor is the cover star of this month’s High Life, the British Airways inflight magazine, and cabin crew were left a little bit flummoxed when copies of the magazine started going missing at an alarming rate. Issues are now turning up on eBay for as much as €30 and it seems that Cumberbitches, the moniker given to Benedict’s army of fans, are behind the mass ?theft?. However I don’t think we can blame them, after all the photos accompanying his interview depict him driving a Jaguar across the frozen lake of Hameenliinna in Finland. How very next James Bond. 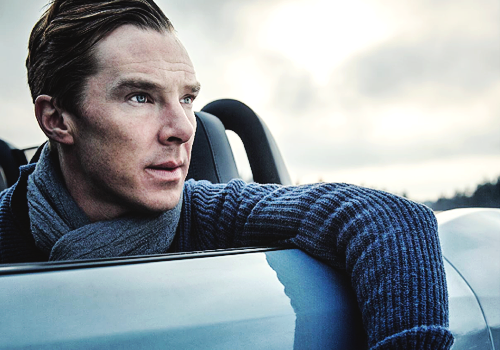 Speaking to the freebie publication, Benedict says ?I’m not a macho alpha male sort of guy but I do like living on the edge a bit? I like skydiving, snowboarding, kite surfing and I ride a motorbike in London.? (We might take up some daredevil hobbies this summer? )High Life‘s editor, Kerry Smith, said they were ?thrilled so far the response? the issue is receiving.

Our colleagues at Cara, your inflight magazine with Aer Lingus, know only too well what happens when you make an editorial decision that involves handsome men on glossy magazine covers. There was a lot of social media love for Johnny Sexton’s issue (it is also on sale on eBay, it appears) and we’re still swooning over Bernard Brogan’s star turn in September 2012 never mind Colin Farrell’s.